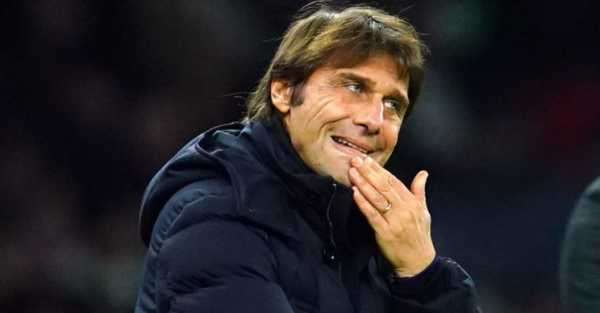 Tottenham head coach Antonio Conte rounded on the Premier League for their handling of postponed fixtures.

Conte described the league’s decision to accept Arsenal’s request to call off Sunday’s north London derby as “strange and surprising” as the Gunners only had one confirmed Covid-19 case, with most of their absentees due to injury and international duty at the Africa Cup of Nations.

The Italian said the league should consider changing their schedule if they are going to start postponing games because of injuries.

Conte said: “It was disappointing because we prepared the game to play against Arsenal and the decision to postpone the game was very, very strange. The club made a statement to show our disappointment.

“My feeling is that when there is a situation to play we have to play. Not to postpone games for injuries, for international duty.

“I think we have a big problem to solve, and it’s Covid, but only about this situation can you decide to postpone, not for other situations.

“Honestly, it’s my first time in my life – and I’ve had a bit of experience in football – to see postpone games because of injuries.”

Spurs are back in action when they visit Leicester on Wednesday for a rearranged game that was originally postponed in December.

The north London club wanted the game called off, so they could play their outstanding UEFA Conference League group game against Rennes, which had been postponed the previous week due to a coronavirus outbreak in the Spurs squad.

The Premier League declined the request – resulting in Conte’s side effectively being disqualified from the competition – only to postpone the game anyway due to a shortage of players in the Leicester camp.

Spurs are still deciding whether to appeal against UEFA’s decision to award the game to Rennes, but Conte blames the situation on the Premier League.

Conte said: “Until now there is a decision that they (UEFA) dropped us. I repeat it was because the Premier League didn’t want to move the game against Leicester, this is the only reason.

“Leicester then asked to move the game, and they did. I think it was a big damage to Tottenham from the Premier League. You have to try to protect your team in Europe.

“Instead they penalised us in a bad way. We are working, we have passion for football, and we like to do this, but they need to show us respect for our job.”

The PA news agency contacted the Premier League for a response and were pointed towards the written criteria for postponing games.

With the January transfer window halfway through Conte is keen for additions to his squad, even if it is not the ideal signing.

“I know that the transfer window in January is always very difficult, and it is more simple when you start the season to buy important players,” he added.

“In January it is not easy, but at the same time we know very well that if there is the opportunity and also if it’s not the best opportunity, but we need to do something.

“Also if I repeat that this could not be the best opportunity, but I think that we are in a situation where we have to try to implement the squad because the squad is not so big.”

Son Heung-min, Eric Dier and Cristian Romero are all expected to be out for the game at the King Power Stadium.