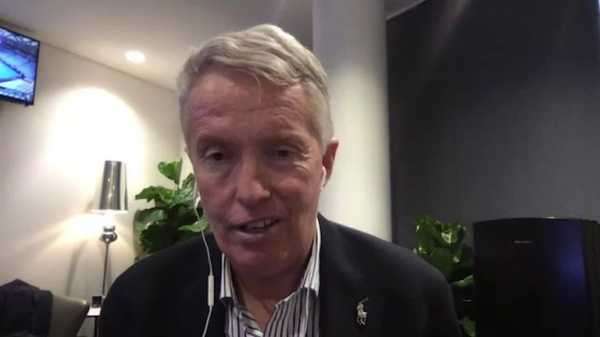 1:24 Australian Open organisers will continue to share the challenges of staging a major sports event with the IOC ahead of this summer’s Olympics, says Tennis Australia CEO Craig Tiley

The 33-year-old, who had not played a competitive match since October until he arrived in Italy last week, has been handed a wild card for the ATP 250 event, which starts next Monday.

Murray is currently ranked 125th in the world as he continues his comeback from the hip surgery which saved his career.

Henman: Murray is heading in the right direction

Tim Henman believes Murray can return to his former glories although Grand Slams may prove a step too far. 0:35 Tiley is ‘optimistic’ the Grand Slam will be able to welcome back fans once a five-day lockdown in the state of Victoria ends on Wednesday

It was a jarring sight seeing Murray battling away in a sports hall while the world’s best players competed in the Australian Open but an ill-timed bout of coronavirus prevented him from travelling to Melbourne, and the 33-year-old did not want to waste time.

Henman said: “I watched some of his matches last week and spoke to [coach] Jamie Delgado and it’s great that he played five matches in six days.

“I think it also speaks volumes about his hunger and desire. It can’t be easy when you’ve got the Australian Open going on in the background and you’re at a lower-level event.

“The more I’m seeing him compete, I think his movement is going in the right direction and so the more he can play matches and his body can recover, then I think the more opportunity he’s got of stepping up to the next level.

“When I look back to the tournament he won in Antwerp at the end of 2019, his movement is much better now. If he could win that tournament, can he get back to win again on the main tour? I think he can.”