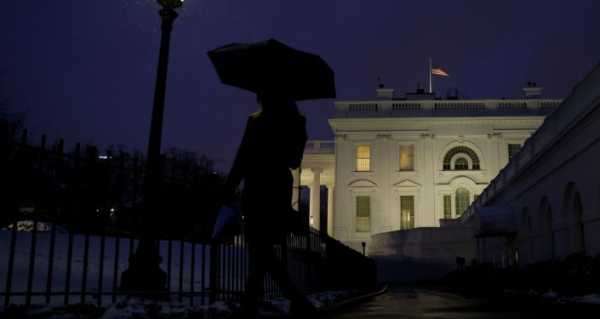 The Trump administration slapped the Russian-European energy infrastructure project with two rounds of sanctions, and encouraged Europe to buy more expensive and polluting liquefied natural gas from the United States instead. Germany, Nord Stream 2’s main European benefactor, has so far resisted US efforts to torpedo the project.

The Biden administration is expected to formalise a list of companies engaged in Nord Stream 2, and has already threatened some companies with sanctions, the Wall Street Journal reports.

The White House reportedly has a Tuesday deadline to draw up a list of firms in violation of US legislation on Nord Stream 2, with the listed firms to become potential targets.

The new administration has made few public statements on Nord Stream 2. Last month, Biden press secretary Jen Psaki told reporters that the president sees the piece of infrastructure as a “bad deal for Europe,” and “looks forward to continuing to consult with our European partners on this issue.”

On Sunday, a State Department spokesman told Germany’s Handelsblatt newspaper that Washington is “monitoring” the resumption of construction activities to determine “the applicability of sanctions.”

In the meantime, the Russian-flagged Fortuna pipelayer, already sanctioned by Washington in January, resumed construction in Danish waters on Monday after a weeklong pause caused by bad weather. Construction on the project formally resumed on 6 February after a year-long pause.

The $10.5 billion energy infrastructure project, which promises to bring as much as 55 billion cubic meters of pipeline gas per year to Germany via the bottom of the Baltic Sea (doubling the capacity of the Nord Stream network), is over 95 percent complete, with about 148 km left to build.

Congress authorised Biden to slap sanctions on companies involved in the project via two packages of legislation tied to the 2020 and 2021 National Defence Authorisation Acts. The White House has yet to do so despite growing pressure by lawmakers.

Last week, a bipartisan group of congressmen and women wrote Biden a letter urging him to ‘fully implement’ sanctions to “stop” Nord Stream 2, claiming it would become a “potent new geopolitical tool for Russia,” “tie Western Europe to Russian gas…for the next 40 years,” and threaten NATO. Lawmakers did not elaborate on what danger the infrastructure could pose to the alliance, with Russian energy pipelines to Europe going back to the Cold War era.

On Sunday, Handelsblatt reported, citing officials and sources in government circles, that direct German-US negotiations on Nord Stream 2 have yet to begin because key positions in Washington have yet to be filled.

Last week, Spiegel reported that German and US officials would discuss a “strategic package” of measures to satiate US concerns over the project, including the construction of LNG terminals in Germany, and a “shut off mechanism” to automatically cut off Russian gas flowing through Nord Stream 2 in case of “violations of international law or human rights” by Moscow.

On Monday, Bundestag Economic Affairs and Energy Committee head Klaus Ernst rejected the idea of a “shut off mechanism,” telling Sputnik that the idea was unacceptable to Germany and the European Union, since it “would tie gas deliveries to the EU with the supply of gas to Ukraine.”