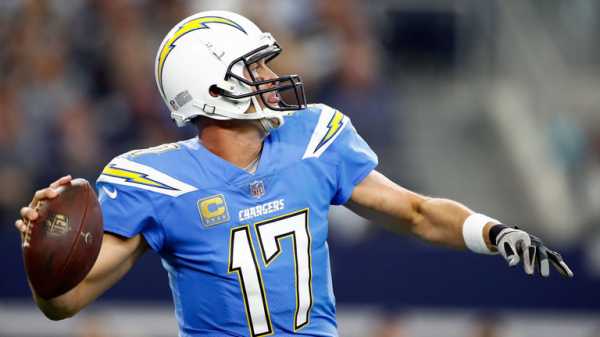 We will preview all eight divisions over the coming weeks, starting here with the AFC West, while you can cast your vote on who you think will win below…

Key Man: As yet unnamed, but whoever gets the kicking job. Missed field goals proved costly for the Chargers last season and were one of the deciding factors in them missing out on the playoffs. They used five kickers in 2017, had the worst field goal conversion rate in the NFL (66.7 per cent) and saw several games slip away due to missed attempts. Veteran Caleb Sturgis and 2016 second-round draft pick Roberto Aguayo were brought in this summer to fight for the job, and it looks like Aguayo, who missed nine field goal attempts and two extra point attempts in his rookie season with the Tampa Bay Buccaneers, might emerge as the winner. 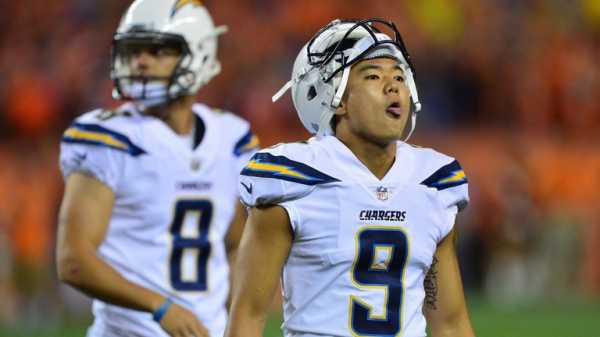 Major additions: Along with the kickers, the Chargers have strengthened their offensive line with the addition of center Mike Pouncey from the Miami Dolphins. They also have a ‘new addition’ in guard Forrest Lamp after the 2017 second-round draft pick missed last season with injury.

Last Season: After a 0-4 start – with a blocked and missed field goal ultimately deciding both of the opening games – the Chargers recovered well to go 9-7. However, that was not enough to make the play-offs as they finished second in the division and missed out on the Wild Card round. They did at least finish with a winning record for the first time since 2014, but they will hope for better this season.

Prospects: Unfortunately for the Chargers, they have again been hit by the injury bug. Tight end Hunter Henry and cornerback Jason Verrett have both suffered long-term injuries and safety Jaylen Watkins, who joined from the Philadelphia Eagles, is out with an ACL injury suffered in preseason. However, they should still have enough to emerge from a competitive AFC West in top spot. 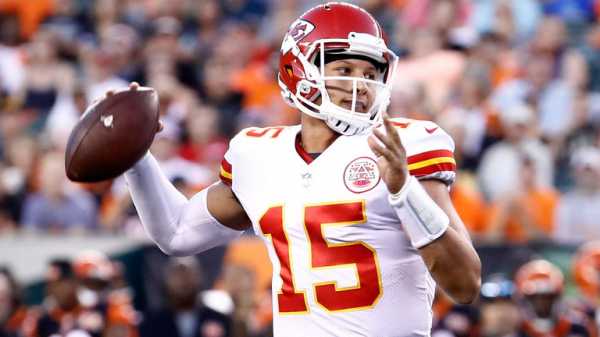 Key Man: It has to be Patrick Mahomes doesn’t it? The Chiefs have taken what might be seen as a gamble during the offseason by trading veteran quarterback Alex Smith to the Washington Redskins and putting their faith in Mahomes, who they moved up to grab 10th overall in the 2017 Draft. Mahomes started only one game last season – on the final day of the regular season against the Denver Broncos – but he has a big arm that head coach Andy Reid says he “doesn’t plan to stifle”. Will Mahomes be able to take the Chiefs to a fourth-consecutive play-off appearance in his first full season though?

Major Additions: The biggest move of the Chiefs’ offseason was trading Smith to the Redskins for a third-round draft pick and cornerback Kendall Fuller. The addition of Fuller should help ease the loss of Marcus Peters to the Los Angeles Rams, while the Chiefs have also strengthened their secondary with the addition of former Redskins second-round pick David Amerson. The Chiefs also signed wide receiver Sammy Watkins to replace Albert Wilson, who left for Miami, while three-time All Pro safety Eric Berry is back after suffering a season-ending Achilles injury in 2017. 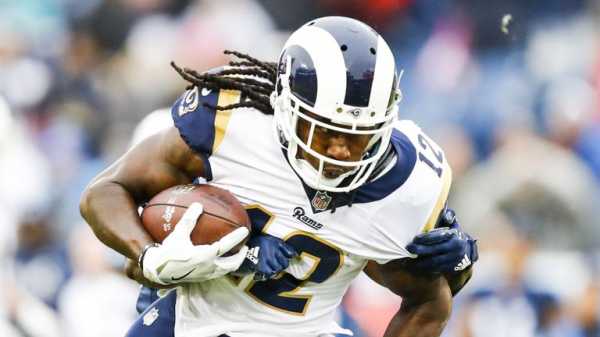 Last Season: The Chiefs won the AFC West for the second-straight season with a 10-6 record. However, their playoff woe continued as they blew a 21-3 half-time lead to lose 22-21 at home to the Tennessee Titans in the Wild Card round. The Chiefs have lost three consecutive playoff games, and 11 of their last 12.

Prospects: Very tough to call. Berry might be back but there are still concerns over the defense, and the success of the offense depends largely on how Mahomes performs. 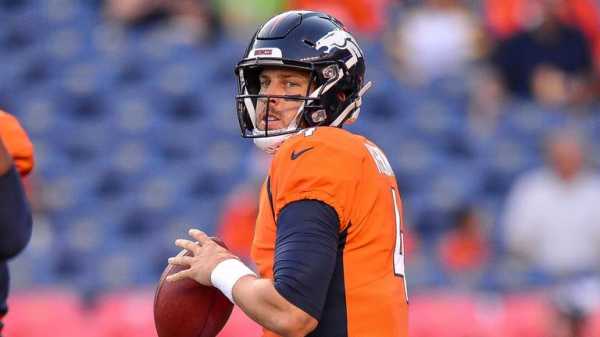 Key Man: Case Keenum. After two seasons of below-par quarterback play, the Broncos are placing their hope in perennial back-up Keenum, who enjoyed the best season of his career in 2017 to lead the Minnesota Vikings to the NFC Championship game last season. The big question, though, is how much Keenum was helped by his surrounding parts in Minnesota and whether he can reproduce behind an offensive line that is not as solid. If he can at least cut down on the turnovers that hurt the Broncos so much last season, that would be a good start.

Major Additions: The Broncos didn’t make any major splashes in free agency, but their draft class could have plenty of potential. Fifth overall pick Bradley Chubb could form a devastating edge-rushing partnership with Von Miller while second-round wide receiver Courtland Sutton and third-round running back Royce Freeman have both impressed in preseason. Punter Marquette King, who was cut by the Oakland Raiders, could also be a useful addition for a special teams unit that needs to improve. Last Season: After a promising 3-1 start, the Broncos lost eight in a row and crumbled to 5-11 – their first losing record since 2010. The defense still played at a high level, but offensively the Broncos struggled and the pressure is on head coach Vance Joseph to improve things in his second season.

Prospects: IF Keenum plays well, IF a few of the early draft picks produce the goods, and IF the offensive line improves, then the Broncos could at least challenge for a playoff spot. If there’s no improvement then fans will soon be calling for back-up quarterback Chad Kelly – Mr Irrelevant (the final pick) in the 2017 draft – and there might also be calls for Joseph to be removed from his post. 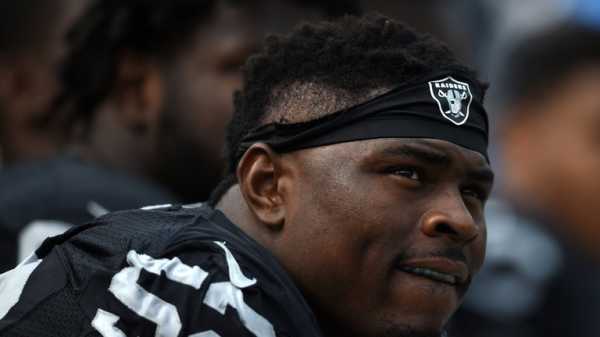 Key Man: At the moment the Raiders’ key man is nowhere to be seen. Khalil Mack has recorded double-digit sacks in each of the past three seasons and was named 2016 NFL Defensive Player of the Year. However, he is entering the final year of his rookie contract and is holding out for a new long-term deal, which has seen him not yet turn up for practice or play in any preseason games. It’s not clear how, or when, this stand-off will end, but the longer it goes on the more it hurts the Raiders.

Major Additions: Gruden has made a few changes after signing a reported 10-year, $100m deal as the Raiders head coach. Michael Crabtree, Sebastian Janikowski and Marquette King are the among the players who have departed, with wide receiver Jordy Nelson and running back Doug Martin the most notable additions. The Raiders’ draft was largely graded as ‘mixed’ with the potential to get better in a few years if some of the riskier-looking moves pay off. 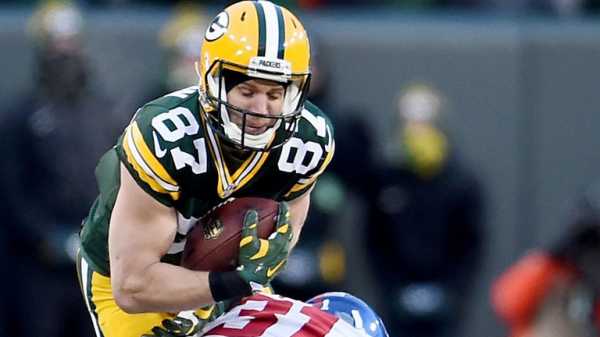 Last Season: After seeing potential Super Bowl aspirations crushed with an injury to quarter Derek Carr in 2016, the Raiders slumped in 2017 with a 6-10 record seeing them finish third in the AFC West. There weren’t many encouraging signs on either side of the ball and that led to head coach Jack Del Rio being fired on New Year’s Eve.

Prospects: Can Carr get back to his best? He threw 32 touchdowns in 2015 and 28 in 2016, but only 22 last season as he recovered from surgery. If Carr’s form improves then the Raiders offense will improve, but there are question marks over other parts of the roster and they might not hit the ground running in Gruden’s first season back in the game.