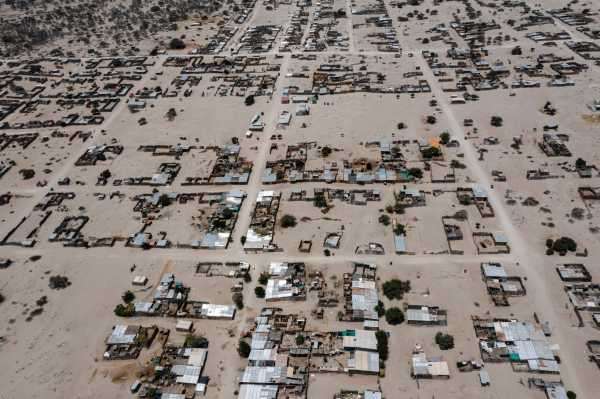 As sea levels rise, temperatures become unbearable, and disasters grow more severe, tens of millions of people may not be able to stay where they are. Beyond the human toll it will exact, this climate-driven migration is poised to disrupt economic and political stability, which could fuel conflict.

The latest report from the Intergovernmental Panel on Climate Change, the United Nations’ climate research unit, examines the consequences of rising average temperatures for people around the world. The 3,600-page report provides one of the sharpest and most comprehensive views of a warmer world, particularly what happens when people hit the limits of what they can adapt to and are forced to move. The report finds that most climate migration is poised to occur inside countries rather than across borders, and that some climate change effects could actually decrease migration in some areas. It also counters misconceptions about why people move.

Since the last major IPCC report in 2014, authors said they incorporated more social science into their conclusions in the latest installment, giving them far more confidence in how they think climate change will reshape where people live. “The science seems to be more convergent at this point in terms of the kinds of mobility patterns we’re talking about,” said Kanta Kumari Rigaud, lead environmental specialist at the World Bank whose work on migration was cited in the IPCC report.

Since 2008, an average of more than 20 million people per year have been displaced by extreme weather events, many of which were exacerbated by climate change, according to the IPCC. Even under the most optimistic scenarios for warming this century, these pressures are going to increase further.

But migration is a complicated phenomenon, and other factors like economic development and adaptation could mitigate some of the factors that make people relocate. Researchers acknowledge that it’s hard to anticipate just how many people will likely have to move in the coming decades and which countries will be most affected.

“Climate-related migration is expected to increase, although the drivers and outcomes are highly context specific and insufficient evidence exists to estimate numbers of climate-related migrants now and in the future,” according to the report.

Some scientists also caution that the ways we discuss climate migration can be misleading and lead to policies that worsen the harm for those worst affected by climate change. The causes and the impacts of migration deserve a far more nuanced discussion.

The more the planet warms, the more pressure people will face to move

Migration is the story of human civilization, and throughout history people have moved for a myriad of reasons. But what sets climate change apart as a driver of migration is that it forces people to move involuntarily and at an unprecedented pace and scale.

How much more migration will occur is partly a function of how much further the planet will warm. There are several ways that researchers have studied these potential shifts. Rigaud said that her work incorporated population growth projections mapped around the world and then applied projected changes to the climate. Her team examined the subsequent effects on variables like rainfall and crop productivity and then modeled how people would move in response in different parts of the world. By comparing these projections with and without the effects of climate change, Rigaud and her team were able to figure out how much migration increased or lessened due to warming.

The IPCC report highlights several projections for displacement and migration due to climate change. By one estimate, between 31 million and 72 million people across sub-Saharan Africa, South Asia, and Latin America would be displaced by 2050 due to water stress, sea level rise, and crop failure, even under an aggressive effort to cut global emissions.

The new report also analyzed migration forecasts in several regions and found that the effects weren’t consistent or distributed evenly around the world. “Africa could have the largest scale of climate-induced migration within countries,” Rigaud said. “As many as 85 million [migrants] could come from sub-Saharan Africa.”

Climate change made migration more likely in some places and trapped people in others. In Kenya, increased rainfall is linked to reduced rural-to-urban movement, whereas in Zambia, more precipitation is poised to drive more migration. In Ghana, researchers found that drought led to fewer residents saying they were planning to move.

But researchers noted that there are other factors to consider beyond climate change. Migration is also a function of the economy; wealthier parts of the world are better able to hold their ground in the face of rising heats and higher temperatures. “There are always socio-economic conditions and governance that are highly relevant to how violent conflict or migration occurs,” said Carol Farbotko, an adjunct research fellow at the University of the Sunshine Coast in Australia, in an email.

The IPCC report also notes that there are still some important gaps in our understanding of how climate change will influence migration: “More detailed local and regional models are needed, incorporating migrant destinations and immobility.”

Myths and misconceptions are undermining efforts to deal with migration

There’s a subtext to many public discussions around climate change and migration, that a warmer world will lead to hordes of people fleeing poorer countries for wealthier ones, threatening the safety and the economy of any place they go. Institutions like the US Defense Department describe climate-induced migration as a potential security threat. Such framing has fueled media panics and xenophobia.

But this narrative is inaccurate and misses crucial context, according to Farbotko. For one thing, the IPCC notes that the vast majority of migration, from climate change or from other factors, occurs within the borders of a country.

And while climate change can bring immense pressure to move, migration is often a last resort. People often do all that they can to stay where they are, according to Gabrielle Wong-Parodi, an assistant professor of earth system science at Stanford University. That makes it difficult to get people out of the way of likely threats like wildfires or coastal flooding.

“People say that they’re going to move, yet it’s unlikely they will move unless they are forcibly moved in response to some climate-related extreme, like their home gets destroyed,” said Wong-Parodi.

On the other hand, it means people are willing to try a lot of different strategies to deal with the effects of warming, even in precarious places like islands facing rising sea levels. In Fiji, for example, the government is already working to relocate coastal communities further inland. In Vanuatu, officials are integrating climate change and migration into all aspects of their decision-making, including sectors like housing and education.

“In both cases, the focus is on in-country solutions, not international border crossing,” Farbotko said. 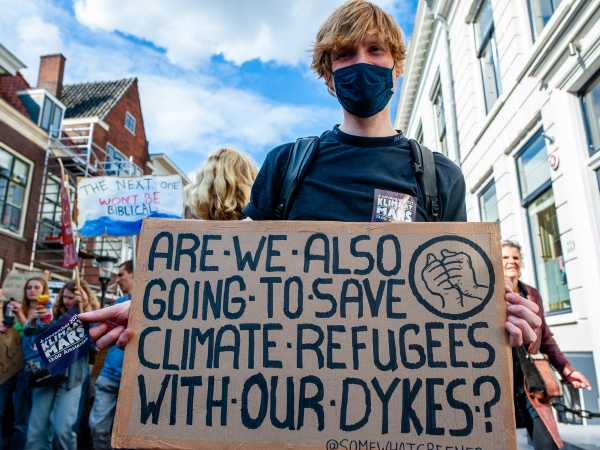 That raises the thorny question of who should pay for such programs and how much countries that historically emitted the most greenhouse gases should contribute. International climate negotiations have been derailed several times because they failed to agree on how the countries that profited most from burning fossil fuels should compensate those facing the most severe effects of warming now.

Yet some heavy emitters are even seeing benefits from the effects of warming. Countries like Australia and New Zealand draw on labor from Pacific islands to help grow food. But they offer few options for permanent relocation for workers from countries like Tuvalu and Kiribati. Australia and New Zealand are also failing to meet their obligations to help these island countries adapt to climate change, according to Farbotko.

“This is a form of climate nationalism,” she said.

Some researchers also say that it’s worth rethinking how migration is always framed as a problem, as Giovanni Bettini, a senior lecturer at Lancaster University studying migration, wrote in The Conversation:

Such thinking points toward less fearmongering and more cooperation among countries. In some instances, migration might even be mutually beneficial.

Reshaping a society’s attitudes toward migrants is much easier said than done. But understanding the actual factors that force people to relocate might help policymakers make more humane decisions that reduce suffering rather than adding to it.