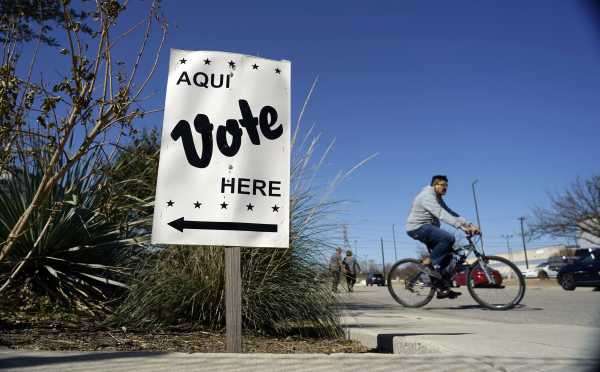 You might remember the uproar last year over Texas’s new voting law: Democratic lawmakers in the GOP-controlled legislature fled the state for weeks in an attempt to block the bill, which they said would disenfranchise voters, and Republicans threatened them with arrest upon their return. The law eventually did pass, and with Texas’s primary earlier this month, we got our first look at whether the worst fears of Democrats and voting rights advocates were warranted.

Thousands of votes were, in fact, thrown out, directly as a result of a new requirement in the law. And in the state’s biggest county, the new procedures it mandated contributed to a hugely messy vote-counting process.

“It’s been every bit as catastrophic as we feared it would be,” said James Slattery, a senior staff attorney at the Texas Civil Rights Project. “I think the onus is on the legislature to acknowledge the harm that it did to Texas voters by passing Senate Bill 1 and make amends by repealing it next year.”

But that probably won’t happen given that key Republicans who pushed for the law have continued to defend it.

Here’s what we saw in the primary and what it could mean for other states that have enacted or are considering similar laws.

Thousands of mail-in ballots were thrown out in Texas

The new law does a few things: It bans 24-hour and drive-through voting, prevents officials from mailing unsolicited mail-in ballot applications, requires monthly voter roll checks, and gives more latitude to poll watchers. It also adds a requirement that voters provide their driver’s license number or the last four digits of their Social Security number when applying for a mail-in ballot and write that same number on their mail-in ballot when sending it in.

Democrats and voting rights advocates were adamant that the new ID requirement for mail-in ballots introduced huge room for human error, and huge amounts of human error occurred. Some 27,000 mail-in ballots were initially flagged for rejection across 120 counties in the state. The secretary of state’s office has yet to publish statewide mail-in ballot rejection figures, but at least 18,742 ballots were not corrected by voters before the March 7 deadline and were ultimately thrown out.

The statewide rejection rate for mail-in ballots has typically been between 1 and 2 percent in past elections and was about 1 percent in the 2020 general election when mail-in voting rates were much higher. But in the 2022 primaries, county-level rejection rates ranged from 6 to 22 percent, according to data compiled by the Texas Civil Rights Project and shared with Vox. 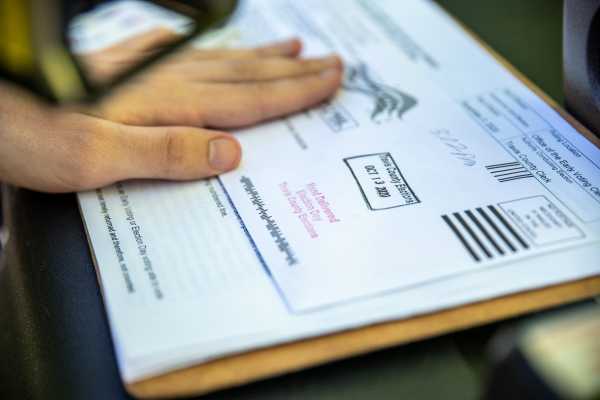 In four counties that reported the reason they had rejected mail-in ballots, those identification requirements were to blame over 90 percent of the time. In Harris County, which encompasses Houston and is the most populous county in the state, it was 99.6 percent.

This was foreseeable. Even some Republican officials were worried about mail-in ballot rejections ahead of the primary. Texas Secretary of State John Scott said during a February town hall that it was his “biggest concern” of this election cycle. In a statement Tuesday, Sam Taylor, a spokesperson for Scott, acknowledged the issues with mail-in ballots during the primaries and said his office is devoting a significant portion of its voter education efforts to the new ID requirements.

“We are confident we will have all the information we need to apply any lessons learned during the primary to an even more robust voter education campaign heading into the November general election,” Taylor said.

But others have continued to defend Senate Bill 1. Gov. Greg Abbott has blamed local election officials for misinterpreting the new law. And state Rep. Briscoe Cain, the law’s leading proponent, has argued that it had no adverse effect on the chaotic vote counting process in Harris County — if anything, he said it made it a “whole lot easier” to fire the county election administrator who oversaw it.

Voters whose mail-in ballots were flagged for rejection did have the opportunity to correct them to ensure that they were counted. But the process proved confusing and looked different depending on when the problem with a voter’s ID number was discovered.

“You can see all the different ways that this can go wrong. What if the ballot never gets back to the voter? Or they don’t see it and think it’s junk mail? Or they correct the number issue online but don’t realize they need to send the ballot back?” Slattery said.

For some voters, the process was just too arduous.

“A lot of voters get these letters of rejection, and they just don’t bother,” said Michele Valentino, a Democratic election judge in Dallas.

Some flaws can be expected when implementing a new system for the first time, but this bodes poorly considering how low turnout was relative to general elections: Fewer than 1 in 5 voters cast ballots in the primaries, which is higher than in the past six midterm primaries but still a lot lower than the roughly 46 percent of Texans who showed up for the last midterm general election in 2018.

“I can see this issue compounding and worsening as we reach the midterms this year,” said Jasleen Singh, counsel in the democracy program at the Brennan Center for Justice, where she focuses on voting rights and elections. “That there’s even this much hardship that voters are encountering at this stage is incredibly concerning and dangerous for democracy.”

Voters of color typically bear the biggest burden from any restrictions on voting. But in the case of the Texas law, it might not be so simple. Mail-in voting was already restricted primarily to people over age 65, people with disabilities, and college students. That means that the population of people who vote by mail in Texas has historically skewed older, whiter, more rural, and more conservative, and the new voting law isn’t likely to change that. 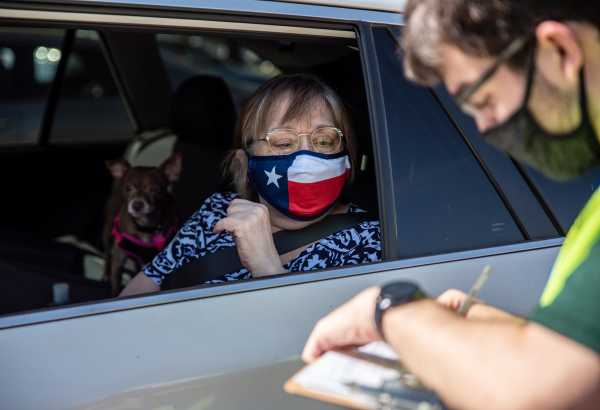 There are already staggering rates of mail-in ballot rejections in urban centers such as Harris County, and there are still a lot of rural counties in Texas that have yet to report their own rejection data, but it’s possible that the new ID requirements might end up hurting the constituents of the Republicans who wrote the law more so than others, Slattery said.

What this means for states that have already implemented similar laws

Florida and Georgia have already enacted similar bills, both passed by party-line votes, that impose new restrictions on mail-in voting. It’s part of Republicans’ national push to curtail access to mail-in voting and discredit the results of the 2020 presidential election, when many states expanded mail-in voting due to the pandemic.

Florida now requires voters who are requesting mail-in ballots to provide a driver’s license number, another non-driver identification number, or the last four digits of their Social Security number on their application. It doesn’t go as far as requiring that information to be written on the ballot itself, as Texas has. But Texas did reject thousands of mail-in ballot applications over its new ID requirements. Florida could encounter similar issues, though the state has a much bigger and more established mail-in voting operation that could make it easier for voters to adjust. Voting rights groups have sued over the law, and a federal judge is expected to rule in the case before the state’s primaries in August.

Georgia’s Senate Bill 202 similarly requires a voter to provide their driver’s license number or other ID number and date of birth when requesting a mail-in ballot and write that information on the mail-in ballot before sending it in. It has drawn legal challenges from the Biden administration and civil rights groups arguing that it makes it harder to vote for people of color and people with disabilities.

“What we’re seeing with [the Texas law], and I think with many of the laws passed last year, are these layering effects. In places where it was already harder to vote, it’s now even harder to vote,” Singh said.

Other states are still considering similar measures, and though the outcome of the Texas primaries should make them wary of doing so, Republicans pushing those bills haven’t shown any signs that they intend to reverse course.

According to the Brennan Center, at least 18 bills in five states would newly require voters to provide their Social Security number, driver’s license number, or voter record number when applying for a mail-in ballot. An Arizona bill would require voters to present an ID when return­ing a mail-in ballot and reduce the list of acceptable forms of voter ID to those that include a signature, a fingerprint, or a unique security code. And three bills in Missouri, New Jersey, and Washington propose new grounds for rejecting a mail-in ballot, including if the signa­ture “does not appear to be valid,” though the New Jersey and Washington bills are unlikely to pass.

“​​These cookie-cutter laws that a national organization has drafted without close consultation with local election officials and that are jammed through without really serious and careful debate could end up blowing up,” Slattery said.