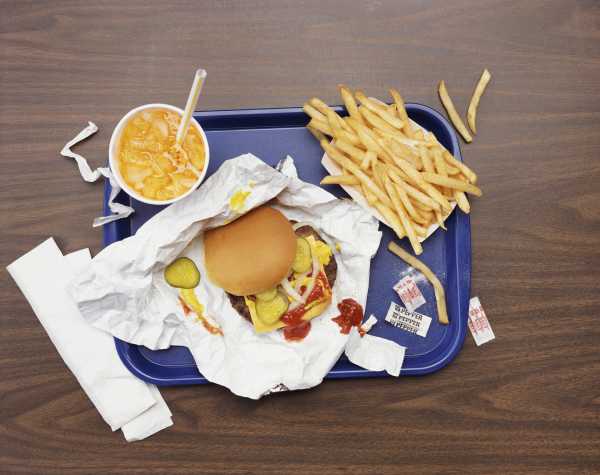 If you were privy to the great bacon freakout of 2015, you know that eating processed meat — including hot dogs, bacon, and lunch meats — seems to slightly increase a person’s risk of colorectal cancer, according to a World Health Organization review of the available research.

Now a new study, published Thursday in the journal JAMA Oncology, pinpoints what about processed meats and certain other foods may drive up that risk, and suggests that their inflammation-promoting properties may be a key factor.

“There are several stimulators of chronic inflammation, and diet is one of those factors that can constantly stimulate the body toward a more chronic inflammatory state,” said lead study author Fred Tabung, a research associate in the department of nutrition at Harvard. “With this study we are inching closer to understanding inflammation as a cancer risk.”

Specifically, the researchers found a 32 percent relative risk increase for colorectal cancer between men and women following the most inflammation-promoting diets and the least.

Because this was an observational — and not an experimental — study, it can tell us about associations between diet and disease, not that certain diets cause disease. But the study can get us closer to understanding what about a person’s diet contributes to their cancer risk — and it suggests inflammation may play an important role.

Before we go any further into the details of the study, let’s step back a bit and talk about what inflammation is. You can think about inflammation in the body in two ways. There’s helpful inflammation, as with your body’s immune response to an attack by a foreign invader — your skin reddens and heats up to fight off bacteria in a cut.

There’s also harmful, or chronic, inflammation: when your body’s inflammatory response goes into overdrive, hampering its ability to fight off viruses and disease. One measure of it is a blood marker called C-reactive protein (CRP). Researchers have found associations between higher levels of CRP and various chronic illnesses, including cancer, arthritis, cardiovascular disease, and diabetes. People who are inactive or obese or who eat an unhealthy diet seem to have higher levels of CRP in their systems too.

There are many ways to control chronic inflammation. A good amount of exercise, weight management, and medications can all help — as can diet. The idea behind anti-inflammatory diets is that they focus on foods that reduce harmful inflammation in the body, promote healing, and stave off illnesses like cancer and diabetes.

The researchers in the study managed to categorize people based on how inflammation-promoting their diets were, and they found a link between people eating the most pro-inflammatory diets and an increased risk of colorectal cancer.

The way they arrived at this conclusion was pretty clever. For the study, the researchers worked out a way to classify people’s diets on a continuum called the Empirical Dietary Inflammatory Pattern (EDIP), from very pro-inflammatory to very anti-inflammatory.

The diets that were the most inflammation-promoting tended to include lots of processed meat, red meat, organ meat, sugary beverages, and refined grains. They were also lower in wine, tea, coffee, and vegetable intake. Conversely, anti-inflammatory diets were higher in vegetable, coffee, tea, and wine intake, and lower in sugary beverages and red and processed meat intake.

The researchers scored the inflammation levels of the diets of the 120,000 men and women in the study — based on self-reported food surveys — and then used that score to relate to the participants’ risk of developing colorectal cancer over a period of 26 years. Over that time, there were 2,700 newly diagnosed colon and rectal cancer cases in the group.

When the researchers adjusted for potential confounding factors — like the fact that people eating inflammation-promoting diets also tended to have a higher body mass index and less physical activity in their routines — they still found their risk of developing the cancer was still significantly elevated.

“The study shows us one potential mechanism through which diet influences cancer risk,” said Tabung, who added that more dietary intervention studies are needed to confirm and explore this link.

Don’t throw out your bacon just yet

At a time when the risk of colorectal cancer in the US is increasing in people under the age of 55, many people have been wondering what’s going on. This study points to one potential contributor: the American diet. It also builds on and helps explain the research suggesting there’s a link between eating meat and developing colorectal cancer.

“It’s possible the impact of diet is even greater than that measured in the current study, which captured only some of the foods that are likely to influence inflammation,” said Marji McCullough, a nutrition epidemiologist with the American Cancer Society. For example, certain preparation methods — including high-temperature cooking and barbecuing — could have strong effects on inflammation, since they’ve been found to produce carcinogens.

The WHO’s International Agency for Research on Cancer already determined that processed meats can increase the risk of colorectal cancer, and that red meats probably do too. So it might be wise, McCullough said, to lower your intake of both of these foods. Whole grains, on the other hand, are associated with a lower risk of colorectal cancer. “Whole grains add bulk to the diet and may dilute carcinogens. Whole grains and other plant foods also contribute to beneficial microbiome diversity,” she explained.

But don’t throw out all your bacon just yet, McCullough added. ”While it’s tempting to focus on specific foods, how overall diet contributes to this inflammatory effect is likely more important than individual foods because foods may act together in influencing disease risk.”

Indeed, Harvard cardiologist Christopher Cannon noted in his book The Complete Idiot’s Guide to the Anti-Inflammation Diet that Mediterranean-style eating is a good example of an anti-inflammation diet: lots of fruits and vegetables, lean meat and fish, and whole grains. He outlined a few basic principles from Cannon here:

You’ll notice that this is basically a Mediterranean-style diet with no serious demands to cut out specific foods — not even bacon. And that’s about as far as the science goes.