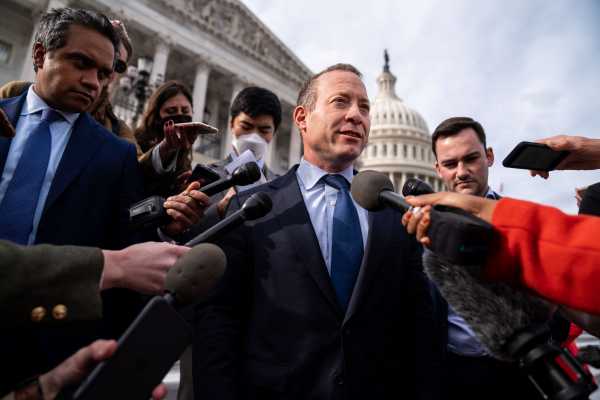 As negotiations over the Build Back Better Act (BBB) move forward, the state and local tax deduction, or SALT, has emerged as the latest intraparty bargaining chip in Democrats’ efforts to pass the $1.75 trillion social spending package.

The SALT deduction is a way for people, especially in states where income, sales, and property taxes are high, to escape double-paying on taxes that they’ve paid for the services provided by states and localities — things like education, health care, and transportation. Before 2017, taxpayers who itemized their returns could claim an unlimited dollar amount as a SALT deduction; subsequently, a Republican Congress passed the Tax Cuts and Jobs Act, or TCJA, limiting the eligible SALT deduction to $10,000 per year.

Imposing that cap primarily affected high earners in blue states and allowed the government to raise more money from taxes, though it was offset at the time by sweeping tax cuts in the same Republican bill. Now, the push to raise the cap is a way to get more Democrats — particularly moderates and the aforementioned legislators from high-tax states with high earners — on board with the broader reconciliation bill.

But given that the existing SALT cap aligns with the general progressive belief that the highest earners should pay more in taxes to fund investments like the BBB, Democratic support for raising it can be confusing. Here’s why some Democrats want to see the SALT cap lifted anyway, what that would mean for tax policy in the US — and how it could affect ordinary American taxpayers:

How will a higher cap on the SALT deduction affect me?

If the SALT cap changes currently being discussed for the reconciliation bill go through, whether or not they’ll affect your tax bill depends on your income, where you live, and other specifics, like property ownership.

As Vox’s Emily Stewart explained in April, people can choose to deduct some expenses from their taxable income.

The types of expenses people can choose to deduct — income or sales tax, property tax, medical expenses, and charitable donations, for example — won’t change. The amount they are able to deduct because of those state and local taxes, however, could.

Much like the 2017 deduction cap impacted higher earners — typically those earning more than $100,000 — by effectively increasing the amount of annual income subject to federal taxes, an increase in the deduction cap would primarily benefit those same higher earners.

Furthermore, higher earners are more likely to own property and thus pay property taxes in their state and locality — another expense people can choose to deduct from their taxable income.

High earners in places with high taxes — primarily blue states like California, New York, and New Jersey — are more likely to be able to claim the SALT deduction in order to reduce their taxable income.

What are the specific proposed changes to SALT, and who supports them?

In the most basic terms, the proposed changes to the SALT deduction would increase the deduction cap from $10,000 to $72,500 per year, with the raised cap set to expire January 1, 2032.

According to Roll Call, the new $72,500 cap would also be retroactive to the start of the year.

Legislators in favor of lifting the SALT deduction cap include Reps. Tom Suozzi (D-NY), Mikie Sherrill (D-NJ), and Josh Gottheimer (D-NJ) — all of whom represent districts with lots of high-earning individuals paying high taxes. But high-profile progressives, like Rep. Katie Porter (D-CA), are also in favor — in fact, Porter, whose district in California had a median household income of $115,427 and median property value of $794,400 in 2019, has been a driving force behind raising the SALT cap.

In September, Porter defended her position on the Pod Save America podcast, arguing that keeping the current SALT cap or eliminating the deduction altogether would mean taxpayers would essentially be double-paying some taxes.

“No American with the same income level, the same earning power, the same salary, should owe more federal taxes just because of where they live,” Porter said.

The SALT deduction described above is the version currently in place in the most recent House version of the Build Back Better Act — but it’s not the only plan. Sens. Bernie Sanders (I-VT) and Bob Menendez (D-NJ) have proposed an alternate plan — one which would keep the $10,000 cap in place, but only for taxpayers making more than about $400,000 to $550,000, depending on estimates from the nonpartisan Joint Committee on Taxation. For taxpayers who make less than that, there would be no SALT cap.

Senate Majority Leader Chuck Schumer has proposed his own idea, which would completely do away with the SALT cap for the next five years and shift back to the $10,000 cap in 2026.

When did the SALT deduction change?

The SALT deduction been a part of tax policy since before the federal income tax was created in 1913, and apart from some minor changes in the 1960s and 1970s, it hadn’t changed significantly until the 2017 overhaul through the TCJA.

Taken on its own, the 2017 cap — which was set to expire in 2025 — looks like progressive tax policy. But it was enacted by a Republican Congress to make up for a revenue shortfall caused by cutting the marginal tax rate for the highest earners from 39.6 percent to 37 percent and corporate tax rates from 35 percent to 21 percent — hence the “tax cuts” part of the bill. Overall, according to the Tax Policy Center, the Congressional Budget Office predicted at the time that the Republican tax bill would increase the federal deficit by almost $1.9 trillion over its first decade.

The proposed SALT changes — either the current House version or the alternate Senate plans — are by no means a sure thing yet. As part of the BBB, an increase to the current SALT cap still has a long road ahead.

Specifically, as Vox’s Li Zhou explained Friday, the reconciliation bill still needs to pass the House — which at this point likely won’t happen until mid-November at the earliest — before moving to the Senate and then back to the House for (potential) final passage. In both chambers, unified Democratic support is crucial — with a 50-seat Senate majority decided by Vice President Kamala Harris in her role as president of the Senate, the party has no margin for error in one chamber, and only a few votes to spare in the closely divided House.

SALT, however, could help with that. Lifting the current SALT cap has been a key priority for Gottheimer, who leads the small group of moderate House Democrats who have thus far resisted voting for BBB without a Congressional Budget Office score, and the inclusion of SALT changes in the House bill could prove important in shoring up his support for reconciliation.

“We’re confident that with this [SALT relief] agreement, we can move forward on this crucially important package and we will continue working to ensure that this tax cut gets signed into law to deliver this relief to our constituents as soon as possible,” Gottheimer said in a Friday statement with Sherrill and Suozzi.