PenzaNews. The Welsh Government has established the Independent Commission on the Constitutional Future of Wales, which will consider the issue of the region’s independence in the context of future relations with the rest of the United Kingdom. 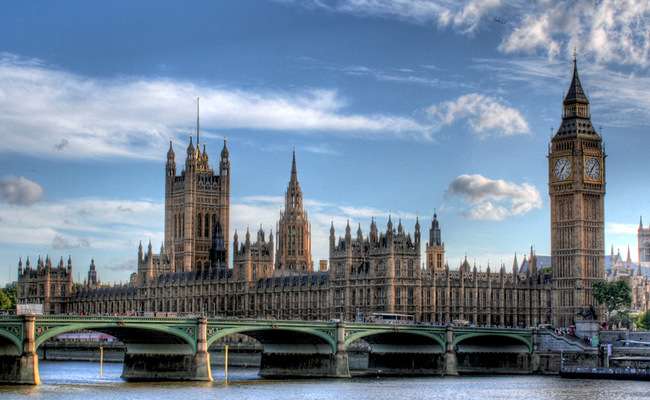 According to the message published on the Cabinet website on October 19, the Commission will be co-chaired by Professor Laura McAllister and former Archbishop Rowan Williams and will consider and develop options for “fundamental reform of the constitutional structures of the United Kingdom, in which Wales remains an integral part and all progressive principal options to strengthen Welsh democracy and deliver improvements for the people of Wales.”

At the same time, Laura McAllister stated that everything is supposed to be on the table.

“So it would be ludicrous to remove any options at this stage. Independence means different things depending on different contexts,” she said.

The Commission was created on the initiative of the ministers of the Welsh government who are members of the Labor Party. The Nationalist Party noted that the new body will allow for a broad conversation about the future of Wales, and said they intend to cooperate with the commission to discuss the issue of independence. Welsh conservatives have called this topic irrelevant.

At the same time, in another administrative-political part of the United Kingdom – Scotland – the issue of independence is more acute. In September, Scotland’s first minister, head of the Scottish National Party, Nicola Sturgeon, announced her intention to hold a new independence referendum by the end of 2023, despite strong opposition from London.

“As we emerge from the pandemic, choices fall to be made that will shape our economy and society for decades to come. So we intend to offer the choice. We will do so only when the COVID crisis has passed but our aim, COVID permitting, is that it will be in the first half of this Parliament – before the end of 2023,” she said, presenting the Scottish MPs with the government’s agenda for the coming year.

The situation in Northern Ireland is also not easy, where people are increasingly beginning to think about the idea of uniting the island. According to a trade agreement between the EU and the UK in December 2020, Northern Ireland, which left the EU as part of the kingdom, remained a member of the community’s customs union. The dual status avoided the emergence of a border between Ulster and Ireland, which is an EU country, but required control procedures in ports for the transport of a number of goods from other parts of the United Kingdom. Due to bureaucratic difficulties, the supply of British products to Northern Ireland was significantly hampered, and this caused discontent among the population. The European Union insists on maintaining the de facto customs border between Northern Ireland and Great Britain in the Irish Sea.

In June, the first minister of Northern Ireland, Arlene Foster was forced to resign due to pressure from party members. They criticized her for fulfilling the Northern Ireland protocol negotiated under the Brexit agreement. According to the politician’s opponents, the authorities of the region were unable to convince London that the document in its current form would only lead to increased tensions in Northern Ireland.

According to some experts, the European Union has no reason to provide Scotland and Northern Ireland with exclusive preferences in the framework of relations between the UK and the EU. Some observers believe that the only way for these territories to maintain trade and economic ties with the EU and keep up its living standard is to secede from the UK. In addition, they believe that London, in principle, is not interested in the state of the economy of Scotland and Northern Ireland, since its priority is to solve its own problems and realize its ambitions.

Analyzing the situation in Wales, Kent Matthews, Professor of Banking and Finance at Cardiff Business School, noted that the existing arrangement suits both Westminster and Cardiff despite the often crying from Cardiff that Westminster does not provide sufficient resources to Cardiff to meet its policy objectives.

“Despite the calls for independence, the Cardiff administration knows that in the present arrangement, they hide behind the cover of central government austerity for failing to produce the ‘cradle to the grave’ socialism of ‘old Labour’ policy. Any attempt to enhance the fiscal attractiveness by lowering taxes for businesses or income tax will have an immediate effect on revenue and the current fiscal rules will not allow the government to borrow in the capital markets to income smooth. Similarly a rise in taxes will increase revenue in the short term but the Treasury will reduce its contribution one-for-one,” Kent Matthews said.

Thus, in his opinion, the rules favour the status quo.

“Greater devolution will only create more responsibility to the Cardiff without necessarily the fiscal means to follow through,” the experts stressed and added that the only alternative for Wales, if it wishes to become a dynamic and prosperous economy is independence and to create the fiscal conditions to attract FDI and English businesses to relocate in Wales.

“Wales contributes about 3% to UK GDP. It is history and nostalgia that keeps the union together. In the current political thinking, Wales will not sacrifice short term pain for long term gain, in the way Singapore did when it was forced out of the Malaysian Federation. It will be better to be dependent on Westminster and complain about their meanness rather than be independent. The public sector is Wales is larger than anywhere else in the UK. The room for the private sector is low and a capitalist type free economy is the last thing the political classes in Wales will want for independence. Wales has the potential but its dreams are too modest,” Kent Matthews explained.

Meanwhile, Peter Taylor-Gooby, Professor of Social Policy at the University of Kent, expressed the opinion that the constitutional commission created in Wales is primarily aimed at discussing the internal problems of the Welsh.

“I think this is really about more local self-government. The group calling for independence is quite small in Wales,” the expert said.

He recalled that both Scotland and Northern Ireland opposed leaving the EU during the Brexit referendum, but nevertheless cannot work out a common position on the issue of being a part of the UK.

“About half in Scotland want independence, fewer in Northern Ireland,” Peter Taylor-Gooby stressed.

Commenting on potential changes in London’s policy, he ruled out the possibility of increasing control over Wales, Scotland and Northern Ireland. In his opinion, these parts of Great Britain, on the contrary, may receive slightly broader powers in the sphere of self-government, but they will not achieve independence.

“Some English regions may get more self- government too,” he added.

In turn, Iain Begg Professorial Research Fellow at the European Institute, London School of Economics and Political Science, believes that questions about the relationships between the four nations of the UK re-opened by Brexit have been further exacerbated by the different approaches of the regions to dealing with the pandemic.

“Therefore, it is no surprise that Wales has decided to examine its position and, given there is a movement and a political party – Plaid Cymru – in favour of independence, it is bound to be one of the options,” the analyst said.

At the same time, in his opinion, independence is very much a live issue in Scotland.

“The ruling Scottish National Party is keen to have a second referendum on the matter. In Ireland, the issue would be unification, not independence, but it is politically very difficult because of the antagonism between the two ‘tribes’ there. Northern Ireland was created 100 years ago because the protestant population was against being part of an independent, Roman Catholic Ireland, and the conflicts of the late 20th century illustrated the extent of the divisions,” Iain Begg reminded.

According to him, to counter the appeal of independence, London may agree to transfer additional powers to the territories.

Oliver Morrissey, Professor of Development Economics at School of Economics, University of Nottingham, expressed the opinion that including independence as an option for constitutional discussion in Wales is a warning to Westminster of the need to respect the devolved government there.

At the same time, in his opinion, independence is a more serious prospect for Scotland where in the course of the Brexit referendum the preponderance of the supporters of the European Union was quite significant – 62% versus 38%.

“It is not obvious that a majority would vote for independence when they next get the opportunity but it will remain a live issue,” the expert stressed.

Northern Ireland, from his point of view, is even more complex and divided.

Analyzing the likely response of the British government, the expert shared the opinion that London may cede more autonomy to the regions.

“It would be dangerous for London to try and increase control over the devolved regions as that would increase support for independence in Scotland and for Northern Ireland wanting unification with the Republic. A more likely response of London is to cede more autonomy to the regions to preserve the UK. I’m not sure anybody knows what UK sovereignty means – interpretation will differ in England, Scotland, Northern Ireland and Wales,” Oliver Morrissey added.

Matt Qvortrup, Professor of Political Science at Coventry University, believes that the issue of independence is formally on the table.

“In my forthcoming book ‘I Want To Break Free: The Art of Creating a New State,’ Manchester University Press, 2022, I analyse this in considerable detail, and my conclusion is that the push for independence only occurs if the government in the mother country tries to resist it,” the expert said.

“Boris Johnson would like to use the EU as a way to divert attention from other pressing problems – including COVID-19. He is trying to stir up a row with the EU because he knows it plays to the nationalists in his party. The problem is that Support for independence in Scotland is linked to the EU – a majority of the Scots did not want to leave the European Union. […] However, there is no indication that the majority of Scots uniformly want independence. The last three polls have ‘no’ to independence ahead,” Matt Qvortrup explained.

At the same time, according to him, Boris Johnson would like to keep the issue alive as it weakens Labour – without winning Scotland, Labour cannot get back into power.

“Nicola Sturgeon – the Scottish First Minister – knows that a ‘no’ in a second referendum would end the dream of Scottish independence forever just like the second referendum in Quebec […]. She knows she might lose, but the referendum plays to the nationalists in her party. So, both Johnson and Sturgeon have an interest in keeping the issue alive, and not having a referendum. So party politics, has trumped the interest of the UK,” the expert concluded.