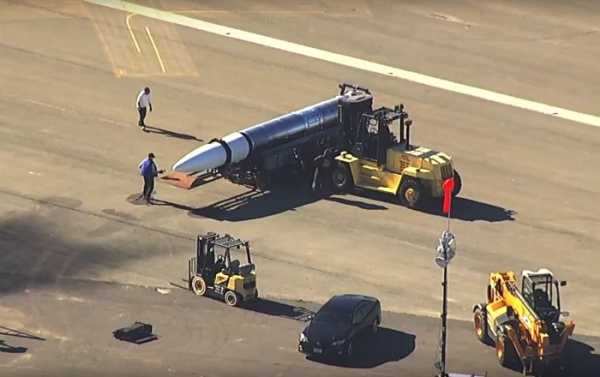 The footage showing an aerial view from SKY7, a helicopter from ABC7 News, that has spotted a rocket over Alameda Naval Air Station, surfaced on YouTube.

The rocket appeared to belong to a startup, an aerospace research and development firm, which doesn’t even have a name yet. Despite the company’s reluctance to give out any details about its activities, ABC7 News managed to obtain a lease application filed with the City of Alameda from local officials; the document reveals that the rocket, called Astra, is the world’s smallest, the firm claims.

The application reportedly contains a scale diagram showing the rocket’s diminutive size and capacity compared to the SpaceX Falcon Heavy, with a payload capacity of some 56,000 kg underscores the small size of the Astra rocket, which is designed to carry only 100 kg.

According to the news outlet, the company eventually aims at transforming the former naval base into a space technology hub.