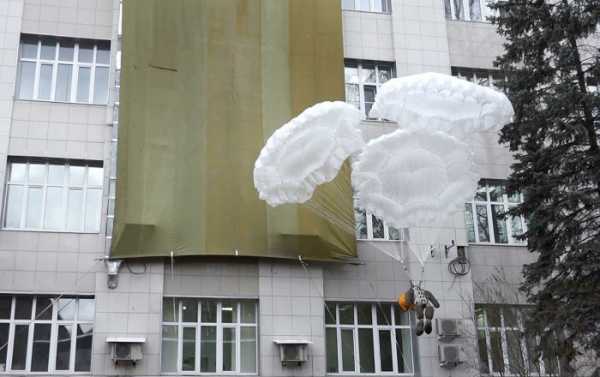 Rostec has launched a unique parachute called “Shans” (“Opportunity” in Russian) that can be used to escape from a skyscraper in the event of an emergency, according to the sate corporation’s press service.

With the help of “Shans” even an unprepared person will be able to safely land from a height of least of nine floors (33 metres).

The parachute system was developed at the Moscow Research Institute of Parachuting. The structure of the system includes a satchel with a suspension system, three domes that hold a given landing speed, as well as an exhaust link that provides closure of the side valves and extension of the domes. The suspension system can be adjusted depending on the height and physique of a person, thereby ensuring maximum safety when parachuting.

The Technodinamika holding, which is part of Rostec, has already received a certificate of conformity for the “Shans” parachute, making it possible to begin mass production.

When the system will be launched into retail sales has not yet been specified. How much it will cost is also unknown.