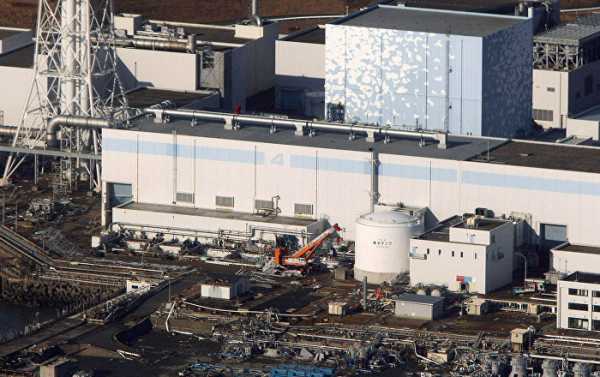 Earlier this year, a Japanese government panel warned that 30 meter-high waves from a tsunami following a massive earthquake would wreck what was left of the Fukushima Daiichi Nuclear Power Plant, potentially sweeping away over a million tonnes of contaminated wastewater collected at the facility in the wake of the 2011 nuclear accident.

A multinational group of scientists from six countries have discovered that microscopic plutonium- and uranium dioxide-laden particles released during the Fukushima Daiichi nuclear disaster have likely been spread across much of Japan.

In an article in an upcoming edition of Science of the Total Environment, a leading peer-reviewed environmental science journal, researchers from Japan, Finland, France, Switzerland, the UK and the US explained that although traces of plutonium were previously found in the atmosphere, soil and sea water following the plant’s meltdown, its physical, chemical and isotopic forms remained unclear.

These radioactive microparticles are said to consist mainly of glass silica from concrete and radio-cesium (a highly volatile fission byproduct).

In this Oct. 12, 2017, photo, ever-growing amount of contaminated, treated but still slightly radioactive, water at the wrecked Fukushima Dai-ichi nuclear plant is stored in about 900 huge tanks, including those seen in this photo taken during a plant tour at Fukushima Daiichi Nuclear Power Plant in Okuma, Fukushima Prefecture, northeast of Tokyo

In a press statement cited by EurekAlert, Dr. Satoshi Utsunomiya, co-lead author of the study, said that their work confirms that small amounts of plutonium were disbursed across areas as far as 230 km from Fukushima alongside cesium—rich microparticles.

For his part, Dr. Bernd Grambow of the University of Nantes emphasized that although the amount of plutonium released from the reactors was “low compared to that of [cesium], the investigation provides crucial information for studying the associated health impact.”

The March 2011 Fukushima Daiichi nuclear disaster joined Chernobyl and the 1984 Union Carbide pesticide plant explosion in Bhopal, India among the worst man-made disasters in modern history, and continues to remain a threat to public health owing to the risk of tsunamis like the one which caused the initial disaster, as well as the issue of nuclear waste water being stored at the facility. Earlier this year, the International Atomic Energy Agency approved Tokyo’s plans to release contaminated water from the plant into the ocean, citing the alleged low contamination levels, sparking outrage among environmentalists and local residents. Fallout from the disaster has been seen in other manifestations as well, including the shipment of radiation-contaminated vehicles and other goods to third countries.