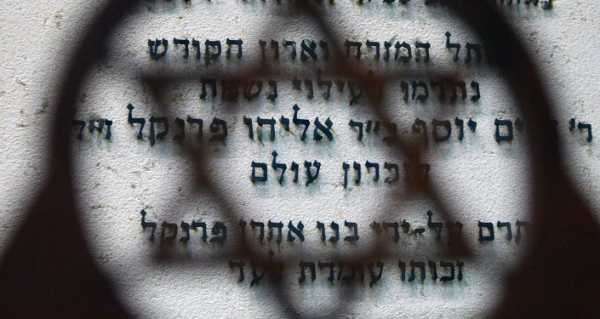 The museum’s chief executive has already stated that they look forward to displaying the capsule next spring.

Renovation work carried out at the Manchester Jewish Museum has recently yielded an intriguing discovery in the form of a time capsule that was buried in a wall cavity around one and a half centuries ago, The Guardian reports.

According to the newspaper, the capsule — a glass jar with its wax seal still intact — was found next to the Museum’s Ark, “the chamber which houses the Torah scrolls”, and was “filled with synagogue papers, newspapers and some old coins”.

“We were taking extra care to remove the plaque but never imagined we would find something as old as the building still intact,” Adam Brown, the site manager, said. “It created a lot of excitement around the site. It was obvious a lot of time and effort had been spent placing the capsule all those years ago. To find it in perfect condition felt really rewarding.”

​The museum occupies the building of what the newspaper describes as “the oldest surviving synagogue in Manchester”, which was completed in 1874 and rendered redundant when the local Jewish population moved away from the area in the 1970s. However, it was “given a new lease of life as the Manchester Jewish Museum in 1984”.

He also added that the capsule’s “timely” discovery comes at “an apt and symbolic period when millions of Jewish people around the world prepare for the holiest day of the Jewish calendar, the Day of Atonement, a reflective and thoughtful time of year when many observers look backwards as a means to move forwards.”