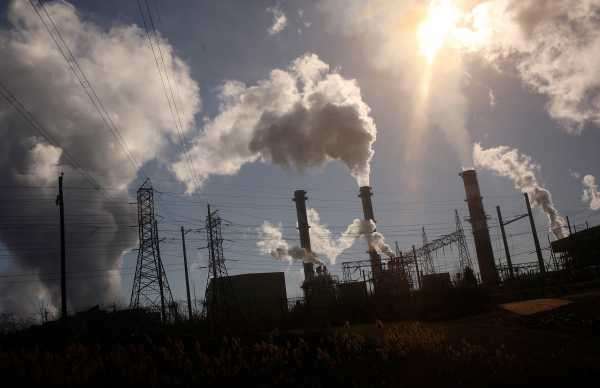 West Virginia v. Environmental Protection Agency is one of the most frustrating cases that the Supreme Court has heard in many years. It involves an Obama-era environmental regulation that never took effect, that President Joe Biden’s administration has no intention of reinstating, and that imposed such minimal obligations on power plants that it’s not clear the regulation really required them to do anything in the first place.

But a majority of the Supreme Court appears likely to strike down this undead environmental regulation after Monday morning’s oral arguments in the West Virginia case, even though the conservative justices seem to have struggled to figure out how they could write an opinion that actually does so.

Depending on how they decide to resolve that question, a decision striking this zombie regulation could potentially gut the EPA’s ability to control emissions from power plants.

West Virginia concerns the Clean Power Plan (CPP), a 2015 policy that was widely touted as President Barack Obama’s most ambitious effort to fight climate change when it was announced. Obama’s Environmental Protection Agency projected that the CPP would lower carbon emissions from US power plants by about a third from where they stood in 2005.

But the CPP turned out to be cursed. In a party-line vote in 2016, the Supreme Court suspended the plan before it could actually do anything. Then Donald Trump became president, and Trump’s EPA formally repealed the CPP and replaced it with a much weaker rule.

On top of all of that, Obama’s seemingly ambitious policy turned out to be a dud. Had the CPP taken effect, it would have required power plans to comply with certain emissions targets by 2030 — but the energy sector actually reached those targets in 2019, largely due to market forces that drove power companies to shut down expensive-to-operate coal plants in favor of cheaper methods of power generation such as natural gas or renewable energy.

Yet, while West Virginia is really a case about a defunct rule that wouldn’t have accomplished much even if did go into effect, most of the justices appeared unbothered by arguments that the Court shouldn’t even be hearing this case in the first place.

Instead, much of Monday’s hearing focused on whether the Court should apply its “major questions doctrine,” a judicially created doctrine that limits the power of federal agencies to hand down particularly consequential regulations.

The result was a largely incoherent argument, where many of the conservative justices seemed to be searching for a way to apply a vague doctrine to a rule that doesn’t even exist.

Before we get into the Court’s confused efforts to apply this major questions doctrine, it’s helpful to understand a few details about how the CPP works, and how it is justified legally.

Under the CPP, the EPA gave each state a goal for cutting power plant emissions. States have tremendous flexibility to decide how to achieve this goal, but, had the CPP actually taken effect, states would have had to submit plans to the EPA between 2016 and 2018 outlining how they would have cut emissions. If a state did not submit a plan, EPA could implement its own plan in that state — a plan that most likely would have involved a cap-and-trade program that effectively imposes higher costs on plants with higher emissions.

To justify this policy, Obama’s EPA pointed to the Clean Air Act. Initially enacted in 1963 (though its been amended many times), the Clean Air Act’s current language instructs the EPA to set emissions standards based on what’s possible through “the application of the best system of emission reduction,” while also taking into account factors such a cost.

One the EPA sets such a standard, the states get the first crack at deciding how to achieve it, but the statute also permits EPA to impose its own rule in states that fail “to submit a satisfactory plan.”

The parties challenging the CPP include a bloc of red states and various members of the coal industry. They effectively argue that the CPP would have imposed such strict standards on the energy sector that the only way to achieve them would have been “generation shifting” — that is, shifting away from dirtier technologies like coal and towards methods of energy production that produce fewer emissions. And they claim that the Clean Air Act does not permit EPA to require such generation shifting.

The CPP’s opponents point to a provision of the Clean Air Act which provides that, when states draw up their plans to comply with the EPA’s emissions standards, that plan should apply to “any existing source for any air pollutant.” Thus, they claim, an “existing” coal plant may be required to install a new emissions-reducing device. But a broader regulation of the entire energy sector is not allowed because it could go beyond plants that already exist.

Another problem with the anti-CPP’s parties’ interpretation of the statute is that the Supreme Court has historically required judges to defer to an agency’s reading of a federal statute when that statute is ambiguous. So even if the Clean Air Act’s “existing source” language could plausibly be read to prohibit “outside the fence” regulation, courts should reject that reading of the statute if the EPA’s reading is also plausible.

But that brings us to the major questions doctrine.

What on earth is the major questions doctrine?

As explained above, longstanding legal doctrines create a presumption in favor of a federal agency’s interpretation of a federal statute when that statute is ambiguous. The major questions doctrine, however, flips that presumption on its head — essentially pushing courts to reject an agency’s reading of a federal law if the agency attempts to do anything too consequential.

As the Court explained the major questions doctrine in Utility Air Regulatory Group v. EPA (2014) that “we expect Congress to speak clearly if it wishes to assign to an agency decisions of vast ‘economic and political significance.’” So, under this doctrine, when regulations have “vast economic and political significance,” the Court will block the regulation, unless the statute very clearly gives the agency authority to issue such a rule.

But the Court has never explained what, exactly, it means for a regulation to have “vast economic and political significance.” And it was apparent on Monday that the justices did not understand how to apply their own doctrine. Over the course of Monday’s arguments, different justices proposed at least three different definitions of what constitutes a major question.

The simplest way to read the doctrine is that it applies to any regulation that tries to accomplish a whole lot. But, if this is the proper way to read the major questions doctrine, then it should not apply to the Clean Power Plan. How could a regulation that imposed such minimal obligations on the energy industry that the industry met those obligations on its own, and did so 11 years early, count as a matter of vast economic and political significance?

But most of the justices appeared unconvinced by this argument that a regulation that accomplishes little can’t qualify as a “major question.” Justice Brett Kavanaugh, for example, pointed to a line in Utility Air stating that “when an agency claims to discover in a long-extant statute an unheralded power to regulate ‘a significant portion of the American economy,’ we typically greet its announcement with a measure of skepticism.”

He suggested that the CPP involves just such a “surprise” expansion of the EPA’s power, because EPA threatened to impose a cap-and-trade regime on any state that did not comply with its obligations under the Clean Power Plan. And he seemed to believe that EPA historically has not wielded a similar power in the past.

But while EPA did issue a “model” cap-and-trade plan that it could have theoretically imposed on noncompliant states, it never issued a formal rule imposing this plan on any state. Nevertheless, Kavanaugh appeared to view the EPA’s mere threat to impose such a regime as an example of the EPA discovering a new power in an old statute.

Justice Samuel Alito proposed a slightly different interpretation of the major questions doctrine. He seems to think a federal regulation might run afoul of this doctrine if an agency claims a potentially very consequential new authority — even if it doesn’t do very much with that power.

In FDA v. Brown and Williamson (2000), the Supreme Court held that, under the FDA’s then-existing authority, the agency was not allowed to regulate tobacco. Suppose, Justice Stephen Breyer suggested in an attempt to explain Alito’s proposed rule to a confused attorney, that FDA had issued a regulation that applies only to “four foot cigars smoked through hookahs.”

This would be a very minor regulation, as not many people smoke enormous cigars through a water pipe. But it would still involve the FDA stepping into a new policy area — tobacco regulation — that the FDA was not allowed to touch under the law that existed when Brown & Williamson was decided. So, under Alito’s framework, FDA’s hypothetical attempt to regulate big cigars smoked through hookahs would constitute a major question.

But it’s also unclear why Alito’s framework undercuts the Clean Power Plan. There’s no serious question that the EPA can regulate power plants. So its not like the EPA claimed dominion over an entirely new policy area like the FDA did in Brown & Williamson.

The problem with the major questions doctrine is that it is extraordinarily vague. Determining which regulations have “vast economic and political significance” necessarily requires the justices to exercise subjective judgment, and they can apply such judgment selectively to strike down regulations they don’t like and uphold regulations they do approve of.

Monday’s oral arguments seemed to confirm that it will be difficult to rein in the doctrine and place principled limits on it — if that’s even something this Court would like to do. Many of the justices spent the hearing fumbling about for a way to read the major questions doctrine so that it would apply to a defunct regulation that hardly does anything.

And, in the likely event that they strike down the Clean Power Plan, they could destroy EPA’s power to take similar action against climate change in the future.