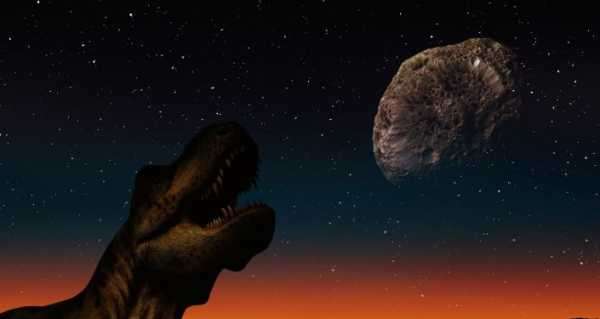 The hypothesis appeared in the book “The Ends of the World”, written by Peter Brannen. In it, the journalist, specialising in planetary science, discusses in detail the five mass extinction events that have occurred over the course of our planet’s history. It was released in 2017, but recently went viral after an excerpt was posted on social media.

It is a sad day for the US space programme and Elon Musk, as it turns out that dinosaurs may have been the first lifeforms to visit the Moon and Mars, albeit dead and flat as a pancake. According to the eccentric hypothesis proposed by science journalist Peter Brannen, the remains of dinosaurs may have travelled to other planets in the Solar System following the Cretaceous-Paleogene extinction event that occurred around 66 million years ago and wiped out 80 percent of life on Earth.

What happened next sounds like a sketch from Monty Python. Essentially, the journalist suggests that the collision resulted in dinosaurs being catapulted into space. Brannen writes that the asteroid punched a hole of outer space vacuum, and enormous volumes of earth (together with what was left of the dinosaurs) were expelled into orbit and beyond.

As crazy as it may sound, this is not the first time that such an extravagant hypothesis has been proposed. In 2013, scientists from Penn State University in the United States conducted a study which assumed that as a result of the asteroid collision, traces of life were sent into space.