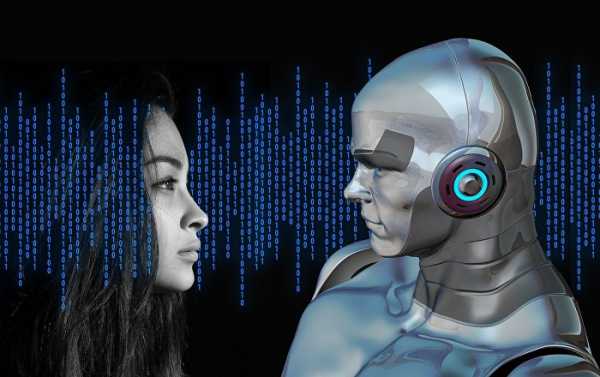 Introducing more technology such as artificial intelligence into police work will be no magic solution to solving more crimes in Britain or prevent the collapse of high-profile cases, according to a former Scotland Yard investigator.

Basic human error or a lack of understanding of how disclosure works will always remain potential stumbling blocks even if AI was made available to help alleviate the increased volume of data now being gathered to ensure a successful prosecution.

A senior UK police chief revealed in a speech in London on Wednesday, February 7, forces should examine using artificial intelligence to help cope with the scale of information involved in investigations and avoid the kind of mistakes that resulted in a string of collapsed rape trials.

Sara Thornton, the chair of the National Police Chiefs’ Council, said the volume of date held by individuals had massively increased the number of potential lines of enquiry that officers must pursue to understand a case.

Her views have, however, been questioned by a leading expert in counter-terrorism and organised crime who insists the police have already had the ability to comb through large volumes of digital data under the Criminal Procedure and Investigations Act 1996.

In an exclusive interview, David Vidicette, now the author of several crime thriller books including The Theseus Paradox, said this has always been standard procedure and normal police and detective work.

“We have always had to trawl through laptops and phones to make sure as investigators, we knew exactly what we had in our possession and how it could support or destroy our case. Police will enlist the help of a computer technician to search for keywords such as victim names, place names, road names, telephone numbers, appointments etc. Asking a computer to investigate a database based on keywords is an ability we’ve always had since the CPIA was brought into law back in 1996,” he told Sputnik.

“Yes, the storage space of computers and phones has increased over the years, and yes we now have things like apps to trawl through — but searching with keywords is a process that hasn’t fundamentally changed. And equally, the technology our computer experts now have at their disposal and the search software available have all improved immeasurably,” added the former police specialist.

Accepting artificial intelligence and machines can narrow down the search to some extent, Mr. Videcette insisted the police officer involved on the case case still has to review the result — “You can’t expect AI to analyse the answers for you!”

Explaining about disclosure, he continued, “it is knowing what you’ve got in your possession. If I’ve seized an electronic diary, a phone or a laptop, I have to know these items inside and out and understand how they impact on my case. If I am not going to bother to look through the electronic storage devices, then I shouldn’t seize them in the first place.

“As a police officer, it’s very easy to lose a case at court because you don’t know what you have in your possession — and then find you get ambushed by the defence,” Mr. Vidicette continued.

“It’s the investigator’s case, not the Crown Prosecution Service. Problems with disclosure will not be solved by AI because they are a symptom of lots of things — of police not having had enough training of having too many cases, of being overworked, and of not having had enough experience of going to court and of not understanding the pitfalls that can arise at court.”

Introducing more technology into the mix is no magic solution to basic human error or a lack of understanding of how disclosure works,” he concluded.

Artificial intelligence is already used in civil cases in Britain, according to Ms. Thornton, who confirmed the CPS has now set up a group to look at how it could be introduced in criminal trials.

She said: “Because, in a way, it’s technology that’s causing us the big challenge, technology has got to be part of the answer, so that’s what we are trying to do.”What we are really challenged by is the volume of data which all of us hold in 2018, and therefore the potential for many, many more reasonable lines of enquiry than was ever the case.

“I’m not just talking about twice as many…the numbers that we’re talking about are really significant. I think the challenge for us is how we can use technology more, beyond search terms. So how can you use…machine learning, artificial intelligence, whatever phrase you want to use, to get clever tech to help us to do this?”