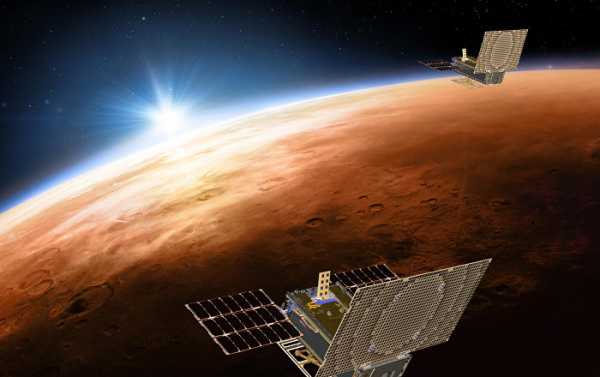 Scientists have known how electric currents flow in the Earth’s magnetosphere for decades. However, they are unaware of how this process occurs around Mars and how it influences the interaction between solar winds and the currents.

NASA scientists have created a map of electric currents around Mars that contributed to the red planet’s drastic transformation from a warm and wet planet into a cold desert. The scientists were able to do this using data they received from the MAVEN (Mars Atmosphere and Volatile Evolution) spacecraft, which has been orbiting the red planet since 2014. The findings of their study were published on 25 May in the journal Nature Astronomy.

Unlike the Earth, which has a global magnetic field that covers the entire planet, Mars only has spots of magnetism, or what NASA scientists describe as an induced magnetosphere, meaning that only certain parts of the planet are shielded by a magnetic field. Now researchers have detailed a map of the electric currents that form these spots of magnetism.

Scientists say that the reason why the red planet looks like a ball draped with strings is that Mars’ electric currents interact with the solar winds. This wind, which consists of electrically charged protons and neutrons travelling at a speed of around a million miles per hour is magnetised and interacts with objects in our solar system. However, it cannot easily penetrate the upper atmosphere of non-magnetised planets like Mars.

So what happens is that the wind interacts with the electric currents, making the latter wrap around the planet. What’s more important is that this interaction makes the planet’s electric currents transform the energy from the solar wind into magnetic and electric fields, which pushes the atmosphere to escape into space.

“These currents play a fundamental role in the atmospheric loss that transformed Mars from a world that could have supported life into an inhospitable desert. We are now currently working on using the currents to determine the precise amount of energy that is drawn from the solar wind and powers atmospheric escape”, says planetary scientist Robin Ramstad from the University of Colorado at Boulder and the lead author of the study.