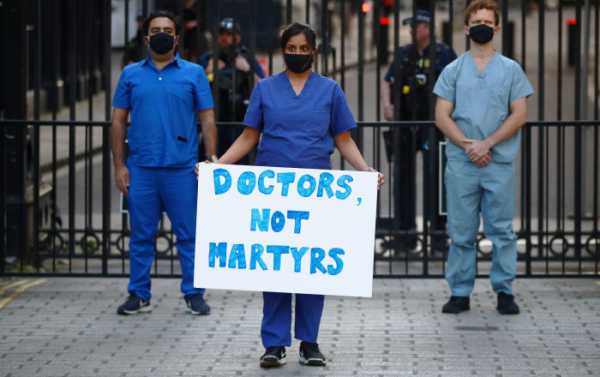 How is the pandemic affecting people’s minds? What could a further escalation of fear result in? Russian scientists have discussed these and many other issues during an online meeting organised by Russia’s Ministry of Higher Education and Science, the Russian Academy of Sciences, and the Scientific Russia portal.

Timofey Nestik, an RAS professor and the head of the social and economic psychology laboratory at the Psychology Institute at the Russian Academy of Sciences, believes that the rhetoric that is now being used to speak about what is happening is of great importance.

According to experts, the existing mathematical models of epidemics don’t consider the results of psychological studies enough. Meanwhile, the latest data from the Public Opinion Foundation shows that 40% of respondents are not afraid of getting infected with the coronavirus, while 57% wouldn’t want to take coronavirus tests. According to psychologists, these fear level indicators greatly affect the general willingness of the population to comply with quarantine rules.

However, psychologists believe that fear itself depends on many psychological factors. In particular, fear depends on the extent to which people underestimate the chance of risks if they are described by abstract figures and graphs; or fear depends on how they try to link new, frightening circumstances with already familiar troubling events, sometimes drawing false analogies. Psychologists call this “collective symbolic copying” (when new threats are linked to those already known).

The feeling of helplessness also greatly affects fear: if the atmosphere of the universal fear of infection escalates in society, but citizens don’t have a clear understanding of how to protect themselves and their loved ones, there is an underestimation of the chance of threats and de-problematisation: “this is something far away…”, “politicians will settle it”, “nature will manage to cope”, etc.

The scientist believes that in this context, compassion starts playing a huge role, which, in contrast to fear, not only encourages people to observe precautionary rules, but also reduces psychological trauma.

Rise of Technophobia and a Blow to Democracy

A meta-analysis of 65 studies has shown that 32% of SARS, MERS, and COVID-19 patients had post-traumatic stress disorder (PTSD), 14.9% of respondents had depression, and 15% had anxiety disorders. High rates of depression (50%), anxiety disorders (45%), and insomnia (34%) were recorded among healthcare workers during the pandemic in China, while in Canada, 47% of medical staff said they needed psychological support.

According to Russian psychologists, the main wave of psychological trauma will be related to the pandemic’s economic effects and will last several years. Today it’s necessary to discuss and calculate other possible problems: the population’s negative attitude towards vaccination, stigmatisation and the rise of xenophobia, as well as fear of technology (the rise of technophobia).

Moreover, the pandemic affects people’s political preferences. According to the Russian scientist, a number of studies show that pandemic-related anxiety shifts values towards authoritarian, right-wing, and conservative values. This increases the risk of populist politicians coming to power.

The professor also pointed out that a retrospective analysis of society’s reaction to various kinds of threats between 1949 and 2016 shows that the intensity of epidemiological threats reduces the level of electoral transparency, civil liberties and political participation.

At the same time, he explained that many psychological characteristics can be accurately tracked by search engine results, social network publications, linguistic markers, as well as geolocation and smartphone sensor readings.

According to him, the digital footprint makes it possible to determine the level of depression, bona fides, extraversion, and emotional stability.