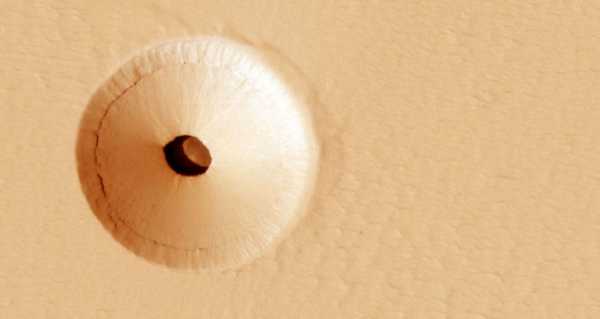 The fourth planet from the Sun is the most studied planet after Earth, yet now and then astrophysicists discover something new. The researchers who conducted this study say their finding could answer the long-standing question of whether the Red Planet ever hosted life.

A new study conducted by scientists from Jackson State University, Cornell University, the Jet Propulsion Laboratory and the University of Hawaii revealed that a flood of unimaginable proportions hit the Red Planet about 4 billion years ago.

According to the findings of the study, which were published in the journal Scientific Reports on 5 November, researchers arrived at this conclusion after examining data from the Curiosity rover, which has been studying the surface of the Red Planet since 2012. The rover specifically studied Gale Crater and its sedimentary layers. Examination of geological features is a way to travel back in time and look at how water, wind and other things affected the planet.

Curiosity noticed giant wave-shaped features in Gale Crater often called “megaripples”. According to the study, these “megaripples” are a sign that enormous floods once washed through Gale Crater on Mars’ equator.

But how did all this water appear on Mars?

The researchers say the most likely cause of the humongous flood was heat triggered by a meteorite hitting the Red Planet. Besides the fact that the heat melted ice on Mars, the collision resulted in a release of carbon dioxide and methane from the planet’s frozen reservoirs. These gases in turn resulted in warm and wet conditions on the Red Planet, creating heavy rains, which possibly occurred in every part of Mars.

Alberto G. Fairén says the study suggests that in its early days, Mars had the conditions to support the presence of liquid water on the surface. “So early Mars was a habitable planet. Was it inhabited? That’s a question that the next rover Perseverance … will help to answer”, Fairén said.

The Perseverance rover was launched in July and is expected to reach the Red Planet in February of 2021. Astronomers hope that the rover will learn about the climate processes that turned Mars into an uninhabitable planet, the composition of its surface, and whether the Red Planet at one point hosted life. The agency hopes that the rover will also help to prepare for a potential manned mission to Mars.