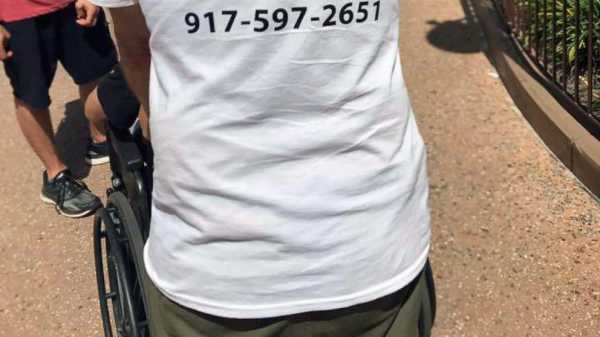 A New Jersey father of five whose T-shirt saying “In Need of Kidney” went viral has received a lifesaving transplant from a stranger.

Robert Leibowitz said he had the surgery last week at a New York hospital and is now “walking on clouds.”

“Everything had to fall into place,” he said on Friday. “The stars had to be aligned.”

Leibowitz, 60, said his background in advertising and the roughly decadelong waiting list for a new kidney led him to make the T-shirt and wear it every day during a vacation to Disney World last summer. The shirt said he has O-positive blood and listed a phone number to call.

When a picture of the shirt took off on social media, he said, his phone started buzzing with calls, voicemails and messages from random people wanting to help.

“I got my doubts sometimes about humanity, but the fact that I got so many calls, it brought tears to my eyes,” he said.

Medical tests narrowed the donor pool until a man from Indiana, Richie Sully, was found to be a perfect match.

“As bad as my memory is, I will never forget what I told him: ‘Hi, my name is Richie. I saw your post on Facebook, I’m O-positive, I have an extra kidney, you’re welcome to it. I’m not crazy, but I’m from Indiana,'” said Sully, who made multiple trips to New York to prep for the procedure.

“We had so much in common, no awkwardness,” Leibowitz said. “It was a match made in heaven.”

Leibowitz said his kidneys have been an issue since age 12 and he put himself on a donor list about four years ago.

For Sully, the decision to give his kidney to a man he’d never met was a “no-brainer.”

“I just saw a father that wanted to spend more time with his kids,” he said.