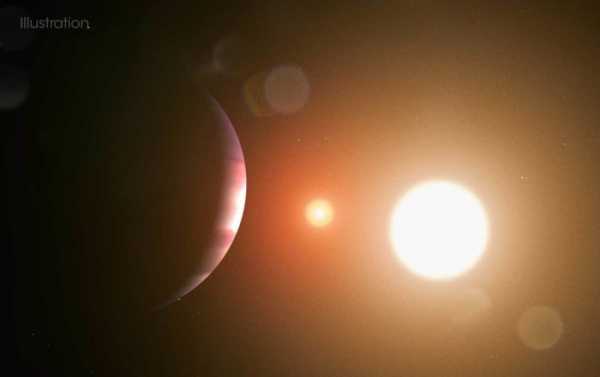 Ryan Ridden-Harper, a postdoctoral fellow at the Space Telescope Science Institute in Baltimore, Australia, who led the research, said the discovery was completely unexpected as it was not what researchers were looking for.

A team of scientists have discovered an unusual event three 3,000 light-years away from us, close to the constellation Scorpius – the vampire star system, where one celestial body was devouring another. Analysing archived data from now defunct Kepler telescope, researchers noticed an unusual outburst of light in a binary system consisting of a white dwarf and a brown dwarf.

Researchers believe that the flash was produced during a process when one star was gorging on the other. The brown dwarf was located so close to its companion that the white dwarf’s gravity started to tear material from it, which coiled around it in a disk. That disk at some point reached up 11,700 degrees Celsius at the peak of the outburst of light.

Stars with a small mass, like the Sun, become white dwarfs when they reach the end of their lifecycle. Burning all of their fuel, they leave a dense core that cools over a billion years. Brown dwarfs are considered failed stars as they are not massive enough to sustain hydrogen fusion and look more like planets. The one in question is ten times smaller than its companion.

Scientists said they would continue studying archived data obtained by the Kepler telescope as they hope to discover more events that no other telescope could find.