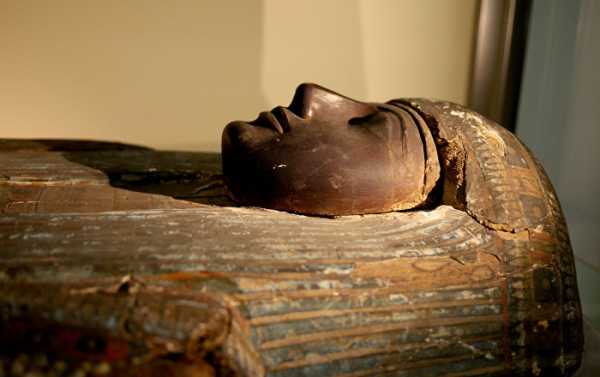 British scientists have recreated the voice of a 3,000-year-old Egyptian mummy using a 3D-printed vocal tract.

The Egyptian mummy is known as Nesyamun and was a priest at the Karnak temple in Thebes, Egypt, over 3,000 years ago. According to the Guardian, Nesyamun, who lived under the reign of Rameses XI from 1107 BC to 1078 BC, is believed to have died as a result of an allergic reaction – potentially from an insect bite to his tongue.  The mummy is currently being stored at the Leeds City Museum in Leeds, England.

“He certainly can’t speak at the moment. But I think it’s perfectly plausible to suggest that one day it will be possible to produce words that are as close as we can make them to what he would have sounded like,” Howard told the Times.

The computer software that was used to create the mummy’s vowel sound could eventually take into account other elements like the size and movement of the tongue and jaw position to generate even more accurate sounds.

This is not the first time that scientists have used a CT scanner to recreate an ancient being’s voice. Back in 2016, scientists used one to generate the voice of Ötzi the Iceman, who lived between 3400 and 3100 BC and whose mummy was found in the Alps in 1991.