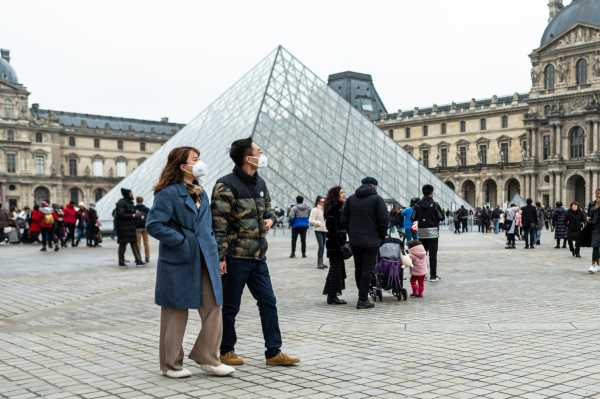 A Chinese tourist died due to Covid-19 — the illness caused by the coronavirus outbreak first observed in Wuhan, China — at a French hospital on Friday. The case was the first reported death caused by the virus outside of Asia.

“I was informed last night of the death of the 80-year-old patient who has been hospitalized at Bichat hospital since January 25, and who was suffering from a coronavirus pulmonary infection,” France’s health minister, Agnès Buzyn, said in a statement on Saturday.

The victim, who has not been named, arrived in France as a tourist on January 16. He was hospitalized and placed under strict isolation on January 25. The man was from the Chinese province of Hubei, the center of the coronavirus outbreak and where the largest concentration of infections have been confirmed.

The tourist’s daughter was also hospitalized, but French authorities say she is expected to recover.

There are 10 patients with confirmed coronavirus infections in France — six are in hospitals, but four have fully recovered and been released. And the prognosis for those still hospitalized is positive; Buzyn said of those patients Saturday: “Their condition does not give cause for concern.”

So far nine countries across Europe have reported a combined 46 cases of the virus. Germany has reported the most: 16.

There are currently more than 60,000 confirmed Covid-19 cases globally, with the overwhelming majority of those cases occurring in China. More than 1,500 people have died from infections; more than 8,500 have recovered. Beyond France and mainland China, the Philippines, Hong Kong, and Japan have also seen Covid-19 deaths.

For now, the coronavirus outbreak remains of greatest concern for those in mainland China

US officials have advised Americans to avoid traveling to China if possible, with the Centers for Disease Control and Prevention and the US State Department having issued their highest-level travel alerts for China. But those outside of that country, as Vox’s Julia Belluz has explained, do not need to harbor concerns about falling victim to the virus, or panic about it spreading:

Experts say that it is East Asia and Southeast Asia that are most at risk at the moment, particularly given that cases discovered in countries outside of mainland China have not led to local outbreaks of illness. This means the Covid-19 cases in Europe and elsewhere are certainly cause for concern — which is why global health experts are collaborating in their responses to the novel virus — but that they do not yet represent a pandemic.