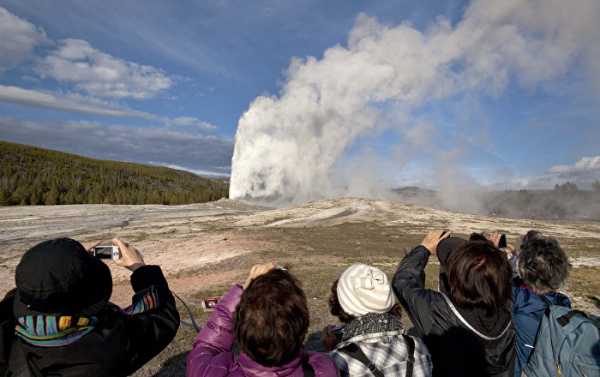 The monstrous and well-known Yellowstone Caldera volcano in the US has long inspired awe about its inevitable eruption the timing of which cannot be predicted with any certainty. But it’s not the largest one in the region.

A famous supervolcano at Yellowstone National Park that has massively erupted at least three times could easily shake the world again in the near future but there is a much larger volcano in Utah, astronomer and former professor in the Community College system Ron Smith said during a lecture Dixie State University last week, USA Today reported.

However, the former professor also asserted during the lecture that another, much larger volcano called Wah Wah Springs that was detected in 2013, has produced thirty times more ash and debris than the Yellowstone volcano’s most recent explosion that took place more than 640,000 years ago.

​Wah Wah Springs is located on the border of Utah and Nevada in the US, but is difficult to detect due to erosion, researchers say. Upon its detection in 2013, scientists claimed that its last eruption was so devastating that it would have been “catastrophic” to all living things within hundreds of kilometres. That part of the United States is considered to be relatively peaceful now, but a new and deadly eruption is not out of the question.

The Yellowstone volcano still has some activity as the magmatic heat behind its latest eruption powers the movement behind geysers, fumaroles, and hot springs located in the National Park, drawing millions of visitors to the region each year.

Ron Smith pointed out that the consequences from a major super-eruption could potentially be devastating, both due to the local impact it has on habitants by damaging their lungs with pieces of rocks and minerals thrown into the atmosphere, and a larger effect it could have on our climate.

Two lesser known effects from a major volcanic eruption are the movement of hot gas and matter, known as pyroclastic flow, and lahar – the mudflow from the slopes of the volcano, the scientist noted.

According to the United States Geological Survey (USGS), we can still sleep calmly for the next couple of thousand years, as the possibility of a supervolcanic eruption occurring in Yellowstone is “exceedingly low” and its activity remains closely monitored by the local Yellowstone Volcano Observatory.