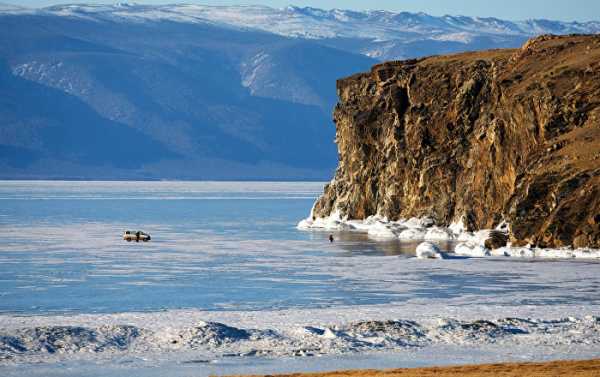 There have been diverse theories attempting to crack open the mystery of the so-called “ice rings” in Russia’s Lake Baikal, some of which may even reach 7 kilometres in diameter. The most popular concept, focusing on methane outbursts, was eventually disproven due to objective geological reasons.

The attention-grabbing ice rings on Lake Baikal’s surface are caused by swirling eddies of water under the ice’s crust, a new study published in the journal Limnology and Oceanography has found, having looked into the formations some of which are up to 4 miles (7 kilometres) in diameter and even visible from space.

To arrive at the conclusion, a joint international team of researchers from France, Russia, and Mongolia travelled to the lake for two consecutive years, in 2016 and 2017, to drill holes in the ice and drop sensors into the water below the crust.

The lake, the largest freshwater source in the world by volume, appears to have quite a few warm eddies flowing clockwise under the ice.

However, the centre of the eddies typically features the least strong currents, which explains why the centres of these rings still retain exceptionally thick ice.

Its thickness has long permitted people to regularly drive over it, said lead researcher Alexei Kouraev, an assistant professor from the Laboratory for Studies in Spatial Geophysics and Oceanography (LEGOS) at the Federal University in Toulouse, France.

The rings themselves can be heard to give off certain sounds at ground level due to being covered with ice. However, these may prove truly hazardous, trapping and sending whole vans under the crust.

“It’s a no-brainer”, Kouraev told Live Science, continuing: “It’s a very long lake, and if you want to go from one side to another, either you do 400 kilometres [248 miles] one way and then 400 kilometres on the other coast”. But the trip across the ice is just about 25 miles (40 km), “so the choice is evident”, he said.

The sensors estimated the temperature of the water at the eddies putting it at 2 to 4 degrees Fahrenheit (1 to 2 degrees Celsius) warmer than the surrounding water, while the eddies themselves are well-known for their lens-like shape – something which rarely occurs in lakes, but is frequent in oceans.

According to Kouraev, Lake Baikal is not the only location to have such ice rings: nearby Lake Hovsgol in Mongolia and Lake Teletskoye, also in Russia, also have them.

Kouraev and his colleagues, or the Fellowship of the Ice Rings, as they jokingly refer to themselves, have written booklets, given presentations, and told Russia’s national park service and ministry of emergencies about their findings. The researchers also update their website with satellite pictures of new ice ring locations.

Scientists had long struggled to ascertain how the ice rings actually formed. Per one of the most widespread theories, methane bubbles up from the bottom of the lake were responsible for the appearance of these rings. But Kouraev’s team dismissed the idea, highlighting that some of these ice rings originated in the lake’s shallower spots, in areas with no known gas emissions.