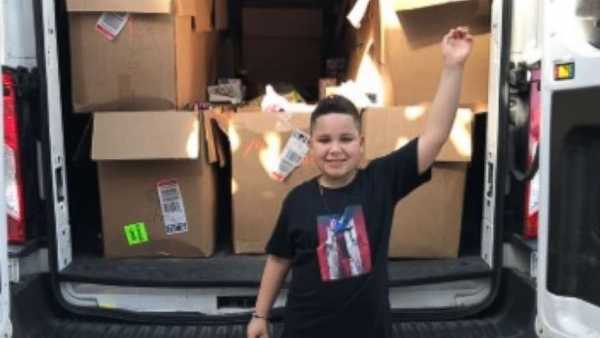 The 8-year-old told ABC News on Monday that after Hurricane Maria hit the U.S. territory in September, he and his family started sending donations of food and toiletries. He wanted to do more, however, after his mother’s boss gave him free tickets to a New York Giants game. 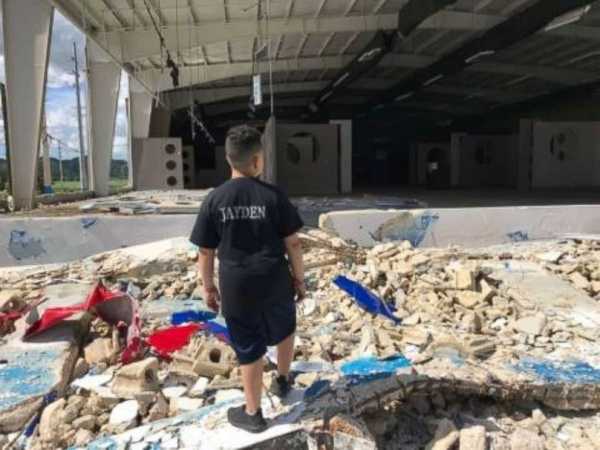 Courtesy Ana RosadoJayden Perez, 8, of Woodland Park, New Jersey, said his trip to Puerto Rico came with a mix of emotions. He plans to continue collecting donations and sending them.

Jayden said he figured food and toiletries would go quickly, but new toys could be enjoyed forever.

When he told his mother, Ana Rosado, that he had decided to donate his Christmas toys, she suggested that he hold a toy drive instead.

In December, more than 1,000 toys were donated during a toy drive outside his home in Woodland Park, New Jersey. He also also raised $10,000 through a GoFundMe site for the people of Puerto Rico.

Boy, 8, collects more than 1,000 toys for children of Puerto Rico

Rosado said a total of 58 boxes — carrying between 100 and 150 toys a piece — were sent to Puerto Rico. Some boxes were shipped with a friend and a church and others were sent via Delta Airlines, which offered its help to the family. 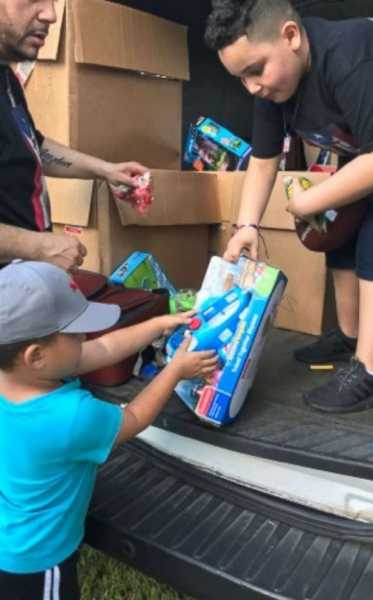 Courtesy Ana RosadoJayden Perez, 8, a third-grader in Woodland Park, New Jersey, traveled with his parents to Puerto Rico Jan. 18-22 to hand out donated toys and money.

Jayden and his parents held on to the rest because they would deliver the gifts in person.

Jayden said he was both nervous and excited during his first flight. One of the first things he noticed when he landed, he said, was that many homes were covered with tarp and that there were many downed trees.

Rosado said she, Jayden and his father rented a truck and visited about eight locations, including Manati, Arecibo, Camuy and Naranhito, traveling to areas of the island where residents and structures had been hit the hardest. 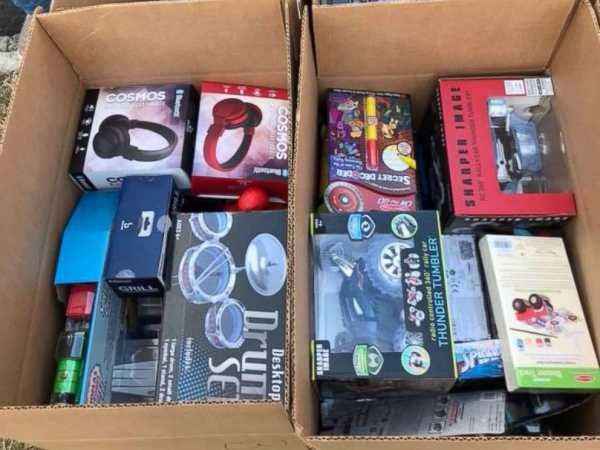 Ana RosadoHere are boxes of toys collected by Jayden Perez for his toy drive.

She said Jayden interacted with all of the children he met, handing out not only toys but goodie bags filled with candy and other treats. She said that she and his father also handed out supplies for adults like toothbrushes, soaps and hair brushes. Rosado credited churches and community leaders with helping to spread the word of their arrival.

Rosado said, however, a lot more help was needed.

“Homes were abandoned. There were children with sad faces. Kids with buckets of water. People still with no water or electricity,” she said. “We were heartbroken. We saw so many sad people.”

Some of the $10,000 that Jayden raised went to shipping the items to Puerto Rico but the rest was also handed out to some of the residents.

“The people over there in Puerto Rico have so much taken away from them — jobs and homes and even family and friends,” Rosado said. “People are alone over there and they think no one cares. … We just need to be more involved.” 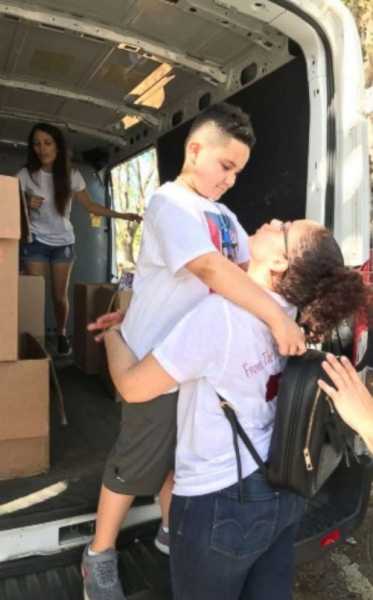 When Jayden returned last week he shared pictures from his trip with his class and talked about Puerto Rico. He and his family plan to do another collection for Puerto Rico in April for a friend who will be flying there.

Jayden expressed gratitude on Monday to everyone who’d donated gifts and money to his drive.

“All these toys went to people who really need it,” he said.

“We were very overwhelmed with what we were seeing around us,” Rosado said. “These are people who are surviving and trying to make the best for their families. … It’s just a time of need right now. … We have to think of others and help them.” 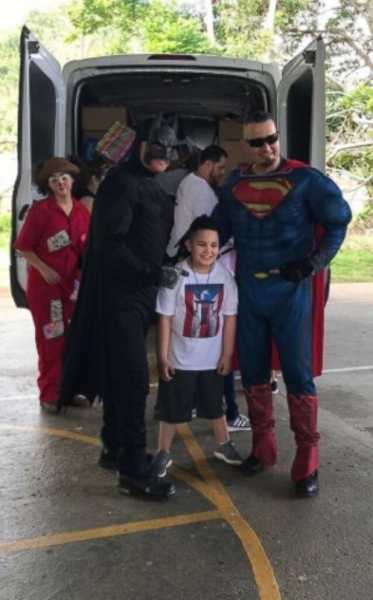 Courtesy Ana RosadoIn Arecibo, Puerto Rico, characters also came to entertain the children as Jayden Perez, his family as well as a priest in Puerto Rico handed out toys and goodies.