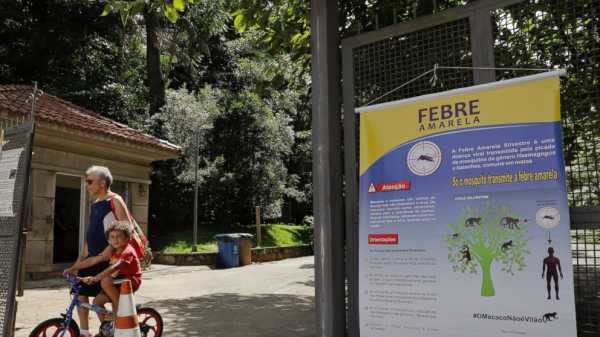 Brazil is vaccinating more than 20 million people against yellow fever to control a budding outbreak.

The World Health Organization says that the campaign that began Thursday is the largest ever using reduced doses that provide short-term coverage but cover more people with the same amount of vaccine.

Yellow fever is common in Brazil, but the country saw an unusually large outbreak last year, including in areas that don’t usually see cases.

The Health Ministry says 130 cases have been confirmed and 53 people have died in the current outbreak.

Some 23.8 million people in Rio de Janeiro, Sao Paulo and Bahia states will be vaccinated in coming weeks, most with fractional doses. The WHO says a one-fifth dose provides immunity for at least 12 months.