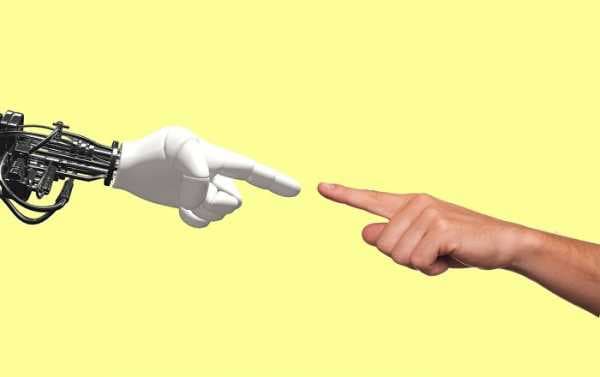 New research suggests a third of all financial and services positions in 29 countries will be lost to automation by the mid 2030s, however headlines warning robots are ready to take over jobs are “sensationalist”, according to robotics expert Chris Middleton.

Accountancy firm PwC analysed 200,000 jobs across 29 countries and suggests the first wave of job losses will begin in the early 2020s.

However the potential for job losses in the financial sector is “already a massive problem,” according to Chris Middleton.

“The entire banking sector is a giant algorithm that employs human beings — not the other way round. It’s a no-brainer the sector will be the first to automate on mass”, Middleton told Sputnik.

“Branch employees talk customers through a series of slides and they’re not allowed to depart from those scripts or be distracted by the customer. It’s already a compliance system in which the computer says “yes” or “no” not the human.”

A British government report published in October 2017 estimated that Artificial Intelligence (AI) could add USD $814 billion to the UK economy by 2035.

“Our vision is for the UK to become the best place in the world for business developing and deploying AI to start, grow and thrive, to realise the benefits the technology offers,” the report ‘Growing the artificial intelligence industry in the UK’ suggests.

However the funding allocated by the government to achieve this is “chicken feed” according to Chris Middleton. “The UK government has identified robotics as among eight great technologies critical to the future of Britain’s economic health and success, yet the government is investing “chicken feed” to grow the sector”, he told Sputnik.

“Britain is investing around 200 and 300 million in robotics and automated systems meanwhile Japan by comparison is investing 161 billion. Britain has identified technology as critical for UK prosperity yet nothing it being done to encourage it, instead the government hopes the market will do it itself,” Middleton said.

According to the government report, “AI offers massive gains in efficiency and performance to most or all industry sectors.”

“Our vision is for the UK to become the best place in the world for business developing and deploying Ai to start, grow and thrive, to realise all the benefits the technology offers,” the report states.

Middleton agrees the UK has the potential to be at the forefront of robotics and AI, but is concerned the government isn’t investing enough money into the sector.

“We’ve got the experts but the UK isn’t investing enough money”, Middleton told Sputnik. “We have 19th century thinkers in a 21st century world trying to apply 19th century industrial thinking to the 21st century sector without understanding anything about it.”

While the UK continues to negotiate how it leaves the European Union, Chris Middleton remains concerned where the money will come from once Brexit becomes a reality.

“Around 85 percent of the funding for AI, robotics and autonomous systems comes directly from the European Union and I’m not aware of any strategy in place to replace that funding or know where it will come from when we leave Europe,” Middleton told Sputnik.