It's the governor's latest move as he gears up for the Nov. 8 midterm election, and a rumored run for president.

In recent months, DeSantis has signed legislation taking strong stances on divisive cultural issues. In March, he signed the Parental Rights in Education Bill, dubbed by critics as the "Don't Say Gay" bill, which bans the discussion of sexual orientation in schools for children from kindergarten to third grade, or in other classroom settings where it is deemed inappropriate.

A month later, he signed the so-called Stop WOKE Act, to stop the teaching of Critical Race Theory in schools.

Here's what to know about the governor's executive order to suspend Hillsborough County's twice-elected Democrat prosecutor.

DeSantis suspended Warren Aug. 4 after the attorney signed onto two joint statements, saying he would refuse to prosecute crimes related to abortion and gender transition treatments for children. 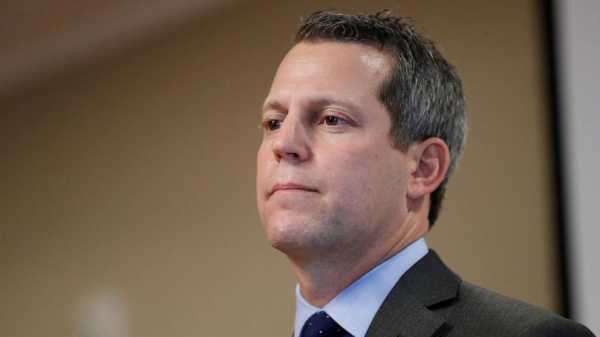 Warren calls them "value statements," but DeSantis says they show neglect of duty and incompetence.

"I was blindsided," Warren told ABC News after his suspension. "Without warning, I was forced out of my office [and] removed from my elected position."

DeSantis signed a law in April that bans abortions in Florida after a 15-week gestation period. The law went into effect on July 1, a week after the U.S. Supreme Court overturned Roe v. Wade.

Warren sided with other progressive prosecutors nationwide, following the Dobbs decision, signing a joint statement that denounced the criminalization of abortion.

"I was expressing my opposition to legislation that would violate people's constitutional rights," Warren told ABC.

DeSantis said in a statement, "State Attorneys have a duty to prosecute crimes as defined in Florida law, not to pick and choose which laws to enforce based on his personal agenda."

Warren also signed a joint-statement in June 2021 that condemned prosecuting parents and doctors who seek out gender-related medical treatments for trans youth.

There is currently no law in Florida that criminalizes these treatments, yet some legislators have pushed for one.

The law behind the suspension

Under Article 4, Section 7 of the Florida Constitution, the governor of Florida has the authority to suspend a local official if they neglect their duty or show incompetence, among other criteria.

Warren, who argues he has not actually litigated a single abortion case, said the suspension was politically motivated.

A spokesperson for DeSantis said Warren's comments were inappropriate.

"If Andrew Warren made such a statement, then it is yet another display of his lack of respect for the law. He has been legally suspended from office by the governor, and may no longer conduct the affairs of the office of the State Attorney of the 13th Judicial Circuit, pending his removal by the senate," the spokesperson told ABC News. 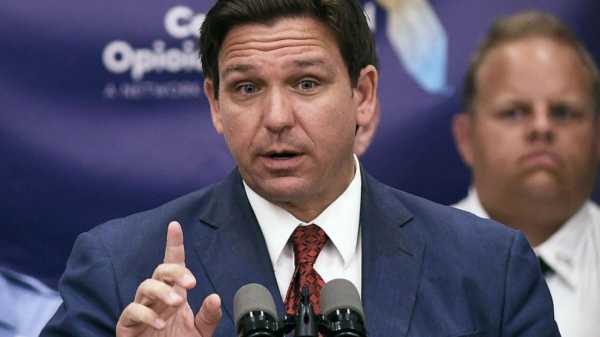 Longtime judge and Florida constitutional law professor Scott Stephens said the issue boils down to, "punishing [Warren] for what he said, not for anything he did."

Stephens said that Warren — who has vowed to fight his suspension — will likely take a First Amendment argument to court.

"If a private citizen says something and a governor punishes him for it, typically it's a pretty obvious violation of the United States constitution," he said. "But a public official acting within the scope of his official duties has less freedom of speech. How much less? We're going to find out."

Lawyers for Warren plan to file a motion challenging his suspension in the coming days.

DeSantis has some precedent on his side

"The governor's argument is going to be well, the (Florida) Supreme Court said that we can pay attention to what people say as being a valid signal of their intended action in office and we can rely on that," Stephens said, referencing former Gov. Rick Scott's successful reassignment of cases away from then prosecutor Aramis Ayala, who said she would not seek death penalties.

Stephens noted the joint-statements Warren signed are not legally binding.

"If [Warren] goes to prosecute somebody, under one of those cases, they can't pull out that paper and say, 'hey, you said you weren't gonna do it.' When the day comes, [Warren] still has to make the decision whether to do it or not do it," he said.

MORE: 'What parents are they supporting?': Moms speak out against 'Don't Say Gay' law

Florida law gives Warren the option to request a hearing by the Florida Senate.

Former Broward County Sheriff Scott Israel was the last official to face the Republican controlled body, following a 2019 DeSantis suspension for his role in the response to the Parkland shooting.

Although a hearing officer recommended that Israel be reinstated, the Senate voted to remove him from his post.