PenzaNews. The next EU-Ukraine summit held in Kiev did not bring any breakthrough results. Its most significant outcome is considered to be the signing of the agreement on the Common Aviation Area, on Ukraine’s participation in the Horizon Europe research and innovation program, as well as in the Creative Europe program. 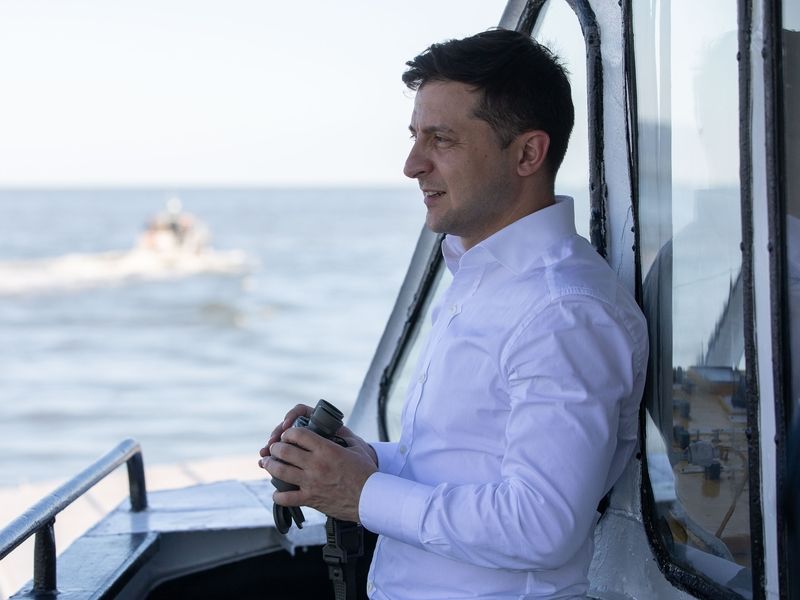 Speaking of the EU membership, Ukrainian President Volodymyr Zelensky noted that Ukrainian society does not have a sufficient understanding of when the country will reach the home stretch in the process of European integration.

“Our society […] and the leaders of the country lack the understanding that we are following the same path, about where the finish line on this path is and whether there is one, because we really believe in it and do everything along the way, we do everything to come to that finish in the near future,” he said after the talks at the summit.

Meanwhile, in Europe, criticism is increasingly heard in connection with the low efficiency of the reforms being carried out in Ukraine. Thus, the previously published report by the European Court of Auditors (ECA) on the results of the audit of assistance to Kiev, says that the EU’s support for reforms in Ukraine was ineffective in fighting grand corruption.

Another negative trend, which, according to some experts, is at odds with the EU position, is connected with the attempts to close dissenting mass media and political parties that express different points of view. Many observers note that instead of pluralism of opinions, state propaganda is being imposed in the country, especially in part of Crimea. At the same time, the Crimean Platform summit, initiated by the Ukrainian authorities, in their opinion, failed since it was initially aimed at Western partners as another game for the audience in order to enlist their support but not to search for real solutions.

Meanwhile, a possible second presidential term for Volodymyr Zelensky is being discussed in Ukraine now, though he denied the likelihood of such a decision during his pre-election period. In particular, such a statement was recently made by Oleksiy Arestovich, the adviser to the head of the office of the President of Ukraine.

“This promise [to run for only one presidential term] was made by a presidential candidate, and now he is the head of state and the question is: not to fulfill this promise alone or a whole series. It’s not even about promises, but about changing the country. If by the end of a term you have not kept what you have planned, then you have to sacrifice your image as a person who keeps his promises and go to satisfy others,” he told the Nash TV channel.

At the same time, according to a sociological survey conducted by the Kiev International Institute of Sociology, the rating of Volodymyr Zelensky fell from 33.3% in September to 24.7% in October, but he still remains the leader of electoral sympathies. In addition, the party of the ex-head of Ukraine Petro Poroshenko, European Solidarity, for the first time surpassed the pro-presidential Servant of the People party in the ratings, 15.7% and 15.5% of the voters respectively are ready to vote for them.

According to Alexey Mukhin, Director General of the Centre for Political Information, the results of the last Ukraine-EU summit recorded the fact that Brussels is still monitoring the situation around, but not inside Ukraine.

“To put it simply, the EU is going to buy the problem off and, if possible, shift it to the US and the Russian Federation. Unfortunately for Volodymyr Zelensky, he let the rapid development of Nazism take its course in the country; moreover, he himself partly integrated into the process of the Nazification of Ukraine at the highest level. For European countries, especially for Germany, this is unacceptable, but the Ukrainian side does not notice this,” the political scientist said.

In his opinion, the issue of the potential re-election of Volodymyr Zelensky will be discussed with Washington.

“Zelensky will discuss his second term not with the EU, but with the United States. At the same time, the notorious ‘deoligarchization’ is just a formal offer to large owners to negotiate with the team of Volodymyr Zelensky before his probable re-election. He has almost started his election campaign, despite the rhetoric about the lack of intentions to run earlier. And this is a fact. If the US refuses to support his candidacy, he will try to ‘sell’ his refusal to run at a higher price, but will present it as if he is following his earlier promises,” Alexey Mukhin suggested.

In turn, Vincent Henry, expert of Paris-Est University and Babes-Bolyai University in Romania, believes that the latest Ukraine-European Union summit did not dispel Volodymyr Zelinsky’s doubts.

“The issue of Russian gas dominated the summit at a time when energy prices are rising throughout Europe. The government in Kiev is very concerned about the upcoming commissioning of the Russian-German Nord Stream-2 pipeline, which would allow supplies to Europe bypassing Ukraine. The delivery of gas by this new route is now only waiting for a green light from the German regulator. Nord Stream risks depriving Ukraine of lucrative transit rights estimated at more than one billion euros per year, but may even threaten its energy security. At the final press conference, Zelensky said that Nord Stream poses a major new problem for his country in addition to the many it already faces,” the analyst reminded.

According to him, officially, Ukraine is still hoping for an acceleration or clarification of its prospects for EU or even NATO membership, but it is receiving only endless encouragement for “reforms” and the “fight against corruption.”

“At the last summit, EU leaders added reassuring words about Ukraine’s energy security with the possibility of supply via Slovakia, if necessary. These words obviously did not reassure President Zelensky, who could not hide his disappointment at the final press conference,” Vincent Henry said.

At the same time, he stressed that he would not dare to say that it is a lack of real will or competence that do not let to fight corruption in the country.

“The problem that Zelensky faces is the one that all leaders elected with the promise of fighting corruption in the ex-Soviet space and to a lesser extent in the countries of Central and Eastern Europe, including those that are members of the EU, have had to face. […] Corruption in these countries is not only a legacy of the socialist period, it is often a much longer history and is also the result of a failed capitalist transition. Corruption is perceived as deviant behavior in relation to a system, but in the countries that emerged from the Soviet Union and experienced a brutal transition, corruption is the system. It will therefore take a long time not to fight it, a time that is rarely available to those who are elected on this promise,” the expert explained.

“Volodymir Zelensky, at the time of his election, stated that he wanted to exercise one and only one mandate. Today, he seems to be less assertive but a number of factors leave him hesitant. The latest polls seem to show that a majority of Ukrainians do not want his re-election. His image as an anti-corruption fighter was recently tarnished by the publication of his name in the Pandora Papers,” Vincent Henry added.

Meanwhile, Viktor Mironenko, head of the Center for Ukrainian Studies at the Institute of Europe of the Russian Academy of Sciences, expressed the opinion that the process of political positioning of Ukraine has become irreversible.

“President Zelensky, the Servant of the People party and the Cabinet of Ministers of Ukraine are quite consistently carrying out the promised reforms: decentralization, digitalization, as well as land and judicial reforms, separation of politics and big business. Overall, I would rate the results of their efforts as satisfactory. They could be better if they did not affect the interests of influential financial groups and their political representations at the high and at the local levels,” the expert said.

At the same time, according to him, the country lacks “think tanks” capable of generating new political ideas.

“Apparently, the regime of the Third Ukrainian Republic, established after 1991, has exhausted its capabilities and needs a radical reboot. The need for this is becoming more and more obvious. The President and his party still have the opportunity to produce it, but they do not dare to do it,” Viktor Mironenko suggested.

In turn, Michael Emerson, Associate Senior Research Fellow, Centre for European Policy Studies (CEPS), former Ambassador of the EU to Russia, said that the summit was characterised by a warm cooperative spirit, and covering a huge landscape of issues.