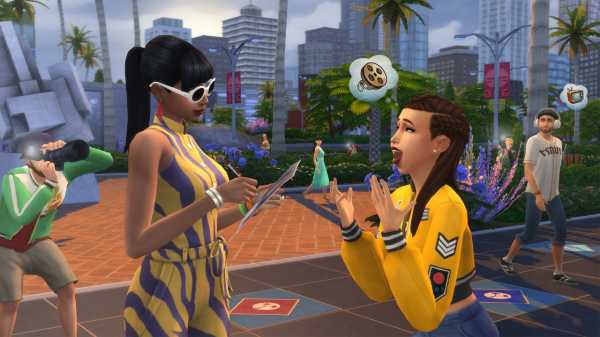 Often, the appeal in playing The Sims is watching humanoids navigate barely exaggerated scenarios inspired by your own life: finding a job, finding love, and, with luck, living to see old age. Major game-play additions—“expansion packs”—can propel the game ever closer to real life, in all of its monotony. Get to Work, released in 2015, extends game play from the home to the office and allows Sims to open their own businesses. City Living, from 2016, allows you to hunt for an apartment in the big city. 2017’s Cats & Dogs and 2018’s Seasons let Sims experience animal companionship and weather, respectively. Sims 4: Get Famous, released in November, introduces social media and influencers to play with another aspect of modern human existence: the managerial upkeep of identity.

When you install Get Famous, all of the Sims in your game are endowed with their own public image, which is a two-part composite of their reputation and celebrity level, both measured in stars. Fame is a choice here, and Sims may “quit the spotlight” if they so choose. My Sim, Caterina Doherty (no relation to the baroness), began her life as a young adult, a zero-star Unknown with a neutral reputation. She chose to remain in the public eye, of course—I specifically created her so that she could become wildly famous.

Pokémon and the First Wave of Digital Nostalgia

The Most Popular Shouts of 2021