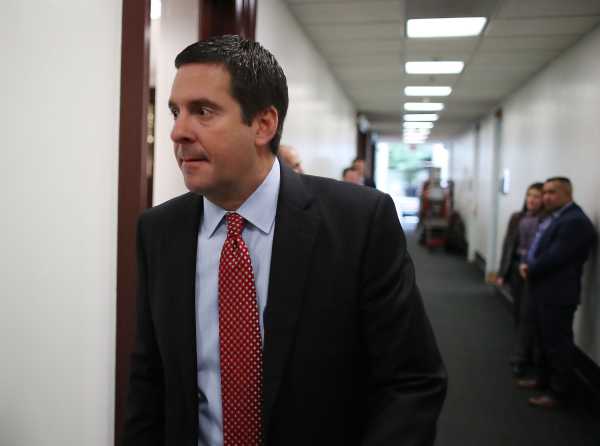 After the State of the Union, C-SPAN caught this exchange between President Donald Trump and Republican Rep. Jeff Duncan (R-SC).

The memo Duncan is referring to is a four-page memo written by Republican Rep. Devin Nunes (R-CA), which allegedly details abuses of the Foreign Intelligence Surveillance Act that the FBI used to wiretap Carter Page, a foreign policy adviser for President Trump’s presidential campaign.

#ReleaseTheMemo has become a popular refrain on the right and among Trump’s supporters, who believe the memo could bring an end to special counsel Robert Mueller’s investigation into Trump’s 2016 presidential campaign. Rep. Duncan was among 65 lawmakers who wrote to Nunes on January 19, asking for the release of the memo to the public along with any relevant information.

Though Trump has the power to declassify the information in the memo (and the underlying Foreign Intelligence Surveillance Act documentation), it’s unclear as to whether or not he’s reviewed it. According to White House press secretary Sarah Huckabee Sanders, “The president has not seen or been briefed on the memo or reviewed its contents,” a message she reiterated again Wednesday morning, according to Roll Call. But just a few hours later, White House Chief of Staff John Kelly said that he had indeed reviewed the document.

And it’s worth noting, after all, that the hot-mike CSPAN moment was followed by this:

The president has until the end of the week to either release the memo or object to its public release (which would result in a full House vote on making the memo public).