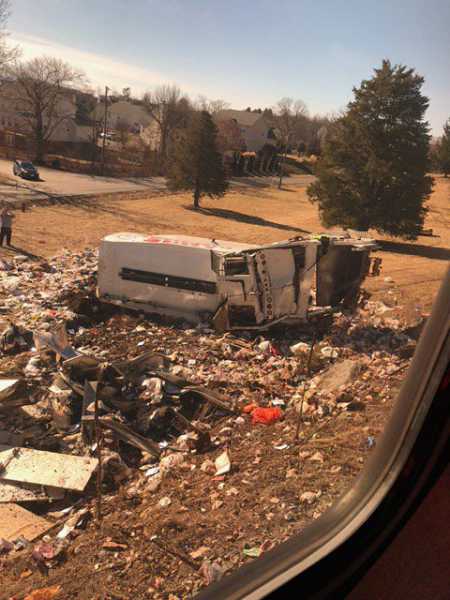 A train transporting House and Senate Republicans to West Virginia collided with a trash truck on the railroad tracks Wednesday.

Lawmakers and congressional aides on the train have reported minor injuries, and Sen. Jeff Flake (R-AZ) said one of the three passengers aboard the garbage truck died on the scene. The two others were seriously injured.

Doctors and security officers on board the train attended to the scene, Rep. Bradley Byrne (R-AL) tweeted. Lawmakers with medical training have also been assisting on the ground.

Republicans were en route to Greenbrier resort in West Virginia, where they will stay for the next three days to strategize legislative priorities for the year ahead.

Rep. Thomas Massie (R-KY) told the Washington Post’s Erica Werner that the collision was “loud and surprising.” “We saw debris go by the left side of the train,” he said. “The part of the truck we can see was decimated. Very relieved when the train came to a stop and still on the tracks.”

The train was stopped near Charlottesville, Virginia, and will return there where lawmakers are expected to take a bus caravan to their retreat.

Correction: A previous version of this article misidentified the location of Charlottesville. It is in Virginia, not West Virginia.