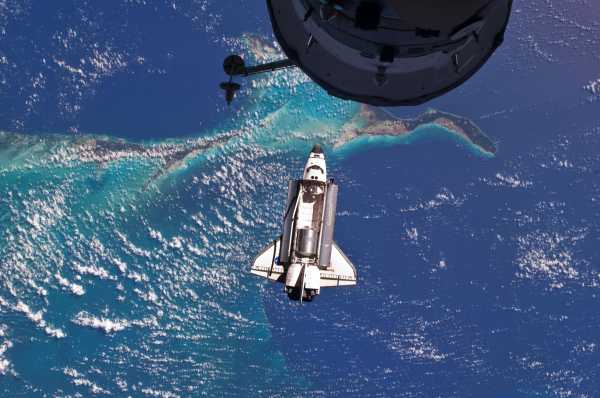 The Trump administration is considering turning the International Space Station over to the private sector and ending its federal funding, according to an internal NASA document obtained by the Washington Post. The proposal envisions an environment where NASA is “one of many customers of a non-governmental human space flight managed and operated enterprise” at the ISS.

On Sunday, the Post reported that the White House plans to stop funding the orbiting laboratory in 2024 and will work on a transition plan to turn it over to the private sector. The NASA document says that ending federal support of the ISS doesn’t mean it will necessarily come down, as “it is possible that industry could continue to operate certain elements of capabilities of the ISS of a future commercial platform.”

The ISS, which has been in orbit since 1998, is operated by Boeing and costs NASA $3 to $4 billion annually. The United States has already spent about $100 billion to build and operate the station; NASA is studying whether its useful life could be extended to 2028 or beyond.

In the White House budget request, set for release on Monday, the administration plans to request $150 million in fiscal year 2019, with more in additional years “to enable the development and maturation of commercial entities and capabilities which will ensure that commercial successors to the ISS — potentially including elements of the ISS — are operational when they are needed.” In other words, to transition to some sort of a public-private partnership. The document says NASA will expand international and commercial partnerships over the next seven years in order to “ensure continued human access to and presence in low Earth orbit.”

Not surprisingly, this proposal isn’t incredibly popular. Sen. Ted Cruz (R-TX), per the Post, got pretty animated last week when he was discussing talk of such a proposal at the Federal Aviation Administration’s Commercial Space Transportation Conference. Cruz said he hoped reports of ending station funding would “prove as unfounded as Bigfoot” and blamed it on “numskulls” at the Office of Management and Budget. “As a fiscal conservative, you know one of the dumbest things you can to is cancel programs after billions in investment when there is still serious usable life ahead,” he said, though he qualified that he was open to “reasonable proposals.”

Privatizing the ISS a wasteful idea. Even if it weren’t, it’s not clear how a privatized space station could operate. Frank Slazar, the vice president of space systems for the Aerospace Industries Association, pointed out to the Post that the international agreements the US signed regarding the creation of the ISS would render making it a commercial outpost tricky. Andrew Rush, chief executive of 3-D printing company Made In Space, said plainly that the ISS isn’t built for profit seeking.

To be sure, the private sector getting involved in the ISS isn’t exclusive to Trump. NASA took steps to outsource cargo supply flights to the ISS to the private space companies Orbital ATK and SpaceX under President George W. Bush; the Obama administration extended the model to hire Boeing and SpaceX to fly astronauts there.

The proposal doesn’t say what companies would take over or what private enterprise might want to do with the station. It’s also worth noting that anything like this is far from becoming a reality. Although: Trump tweeted his congratulations to Elon Musk and SpaceX earlier this week.