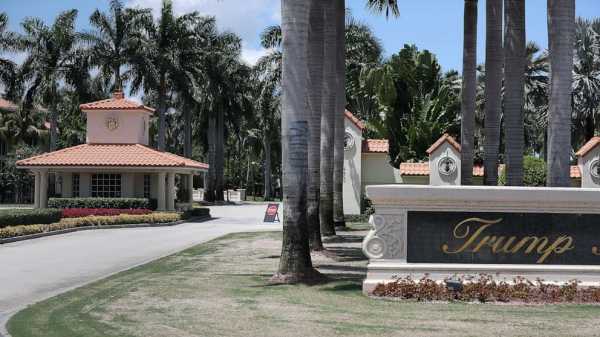 Two days after the White House said that President Donald Trump had directed next year’s Group of Seven summit to be held at Trump National Doral Miami resort, the president tweeted late Saturday that no, actually, it will not.

While Trump blamed the media and Democrats for having to make the switch, he had come under blistering criticism from across the political spectrum, including fellow Republicans, for pushing for government money to be spent at a resort owned by his own company — a violation, critics said, of legal restrictions against the president benefiting financially from the office.

“I thought I was doing something very good for our Country by using Trump National Doral, in Miami, for hosting the G-7 Leaders,” Trump tweeted. “I announced that I would be willing to do it at NO PROFIT or, if legally permissible, at ZERO COST to the USA. But, as usual, the Hostile Media & their Democrat Partners went CRAZY!”

White House acting Chief of Staff Mick Mulvaney said Sunday morning that Trump had been “surprised at the level of pushback” and had “wanted to put on a show” and “take care of folks” by holding next year’s G-7 summit at his own resort.

“At the end of the day, you know, he still considers himself to be in the hospitality business, and he saw an opportunity to take the biggest leaders from around the world, and he wanted to promote the absolute best show, the best visit that he possibly could,” Mulvaney said on “Fox News Sunday.” “He was very comfortable doing that at Doral.”

Trump, in his Saturday night tweets, listed Camp David as a possible replacement and said that the search for a new site was beginning “immediately.”

But the president’s acting chief of staff, Mick Mulvaney, who announced the selection of Trump Doral on Thursday, said at that time that there had already been an extensive search process that narrowed an initial list of about a dozen sites to four finalists: one in Hawaii, two in Utah and Trump’s resort in Miami.

(MORE: US to hold next year’s G-7 summit at Trump resort)

It was unclear if the search would be limited to the three remaining finalists, and the White House did not respond to a request for comment Sunday morning. On Thursday, Mulvaney had criticized Camp David as a potential host site — noting that “they said it was a complete disaster” when a previous summit had been held there. 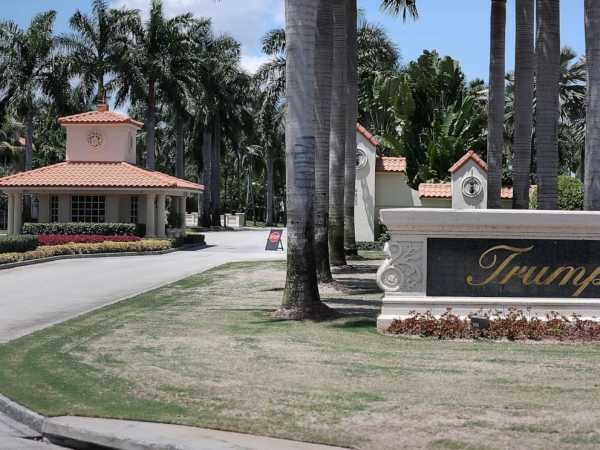 Mulvaney told reporters that Trump had been the one who initially suggested the Trump Organization-owned property to host the leaders of most of the world’s largest economies — and a White House spokesman told ABC News that the president had signed off on the final decision, too.

Trump’s about-face was a rare reversal for a president who does not like to admit mistakes.

Republicans on Capitol Hill had made clear the decision did not sit well with them, adding to a rising tide of anger with the president over his decision to pull back support for the United States’ Kurdish allies and increasing concern over his administration’s handling of military aid to Ukraine.

“I think it’s not a good thing to have the appearance — you know, in the law, there’s a canon that says, ‘Avoid the appearance of impropriety,'” Rep. Francis Rooney, R-Fla., said, according to The Washington Post. “I think that would be better if he would not use his hotel for this kind of stuff.”

Democrats in the House of Representatives, meanwhile, introduced a bill Friday to specifically block Trump from holding the summit at Trump Doral, potentially forcing a vote that would have put Republican support — or disapproval — on the record. The decision to hold the summit at Trump’s resort was also going to be added to a lawsuit alleging Trump has illegally financially benefited from his office, a Democratic senator said.

Mulvaney said Thursday that Trump Doral would host the summit “at cost” — without defining exactly how the “cost” would be calculated — to argue that Trump would not profit. But the summit, which is scheduled to be held from June 10 to June 12 next year, would fill up Trump’s South Florida resort during the otherwise lagging off-season, according to statistics from the local taxpayer-funded tourism bureau. 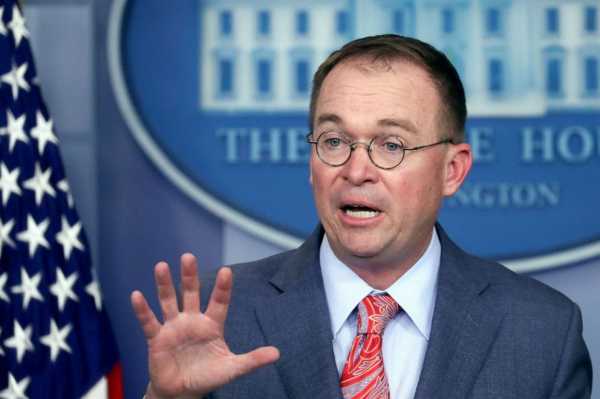 The acting chief of staff also denied the diplomatic gathering — attended and supported by thousands of diplomats, journalists and law enforcement members, and receiving global media coverage — would present a marketing opportunity for Trump. He said the president’s brand was “probably strong enough as it is.”

However, a branding expert told ABC News that exposure for Trump hotels and resorts has in the past resulted in a boost for those properties.

“You want to know who benefits? The president benefits. His properties benefit,” said Robert Passikoff, the founder and president of Brand Keys, Inc. “And this is proven out over and over again in actual market studies.”

Democrats and ethics watchdogs harshly criticized the initial decision to hold the summit there.

“President Trump’s behavior in office is a continuing affront to the Constitution’s Foreign Emoluments Clause,” Elizabeth Wydra, president of the ethics watchdog group Constitutional Accountability Center, told ABC News in a statement. “By treating the G7 summit like a commercial for his businesses, inviting foreign governments to line his pockets and hold their next meeting at his Doral, FL golf course next year, he mocks the Constitution he swore to uphold.”