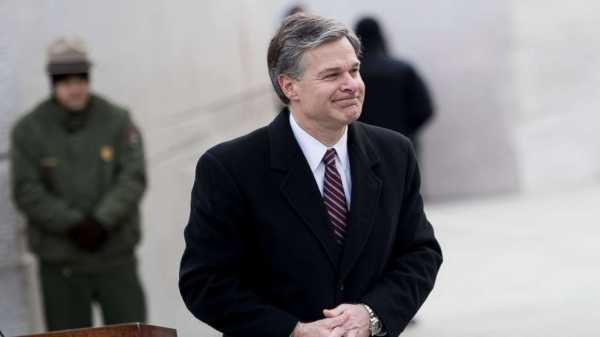 “Right now, I think it will be that we tell the Congress, probably tomorrow, that the president is okay with it,” a senior White House official who spoke on condition of anonymity told reporters on Air Force One.

“I think you all know that the process is a House process, it is a congressional process. They sent over the memo. We have had over the last couple days to look at it to make sure it doesn’t give away too much in terms of classification,” the official said. “I doubt there will be any redactions. Then it is in Congress’ hands after that.“

Despite “grave concerns” expressed by the FBI, it will be up to the House Intelligence Committee to determine the exact timing of the release of the memo, administration and congressional sources said.

House rules do not clearly lay out how the memo would be made public should the president approve of its release before five days have passed, but sources familiar with the process told ABC News that they expect the memo to be released Friday after the committee receives notice from the White House.

The memo could be entered into the Congressional Record when the House is back in session on Friday afternoon at 4:30 p.m., barring any changes to the floor schedule.

Most House Republicans are in Greenbrier, W.Va., through Friday afternoon for a party retreat.

White House officials had said they were making redactions to the memo based on recommendations from the FBI, which has raised concerns about the document’s accuracy and potential impact on national security. Those same sources later Thursday said the administration had determined few redactions, if any, would be needed.

Republicans “need to pay careful attention to what our folks who protect us have to say about what this,” Sen. John Thune, R-S.D., told reporters Thursday, and “how this bears on our national security.”

The unusual public showdown between the White House and FBI over the memo has put Trump’s handpicked FBI Director Christopher Wray in an uncomfortable position.

Multiple White House sources say there’s no expectation that Wray will resign over publication of the memo and, they say, he has not suggested or threatened in any conversations that he would resign.

In a show of solidarity with Wray, the FBI Agents Association — representing 14,000 active and retired agents — released a statement affirming his leadership of the agency. “The FBI Agents Association appreciates FBI Director Chris Wray standing shoulder to shoulder with the men and women of the FBI as we work together to protect our country from criminal and national security threats,” the statement reads.

House Speaker Paul Ryan, speaking at the GOP retreat in West Virginia, insisted the memo was “not an indictment” of U.S. institutions, the justice system or the FBI.

“If mistakes were made, it’s our job to conduct oversight over executive branch,” Ryan, R-Wis., told reporters.

Many Republicans who have reviewed the memo have enthusiastically claimed that its release will “embarrass” the FBI and unveil alleged bias and abuses they believe plague the law enforcement agency.

“If there are individuals who abuse power, it’s our job to shed light and transparency to the process,” Ryan added.

Democrats who have viewed the memo say Republicans are cherry-picking information to support their conclusions. Sen. Mark Warner, D-Virginia, the top Democrat on the Senate Intelligence Committee who has viewed the underlying intelligence the memo draws from, told Politico that Republicans are “connecting dots that don’t connect.”