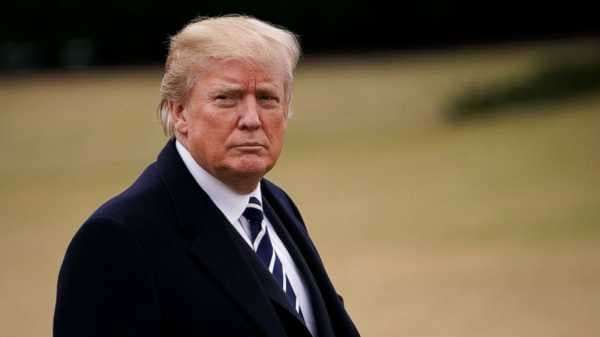 Schiff said the Department of Justice and FBI will be consulted and have an opportunity to vet the memo and it would be sent to the White House Monday night.

“The vote was unanimous to release this,” he said. “I think the Republican members understood that after calling for full transparency, they were getting hammered over the course of the week for trying to hide the minority response.”

Democrats say the document is a point-by-point rebuttal of the memo declassified by President Trump last week that alleged abuses of government surveillance powers at the FBI and Justice Department in their efforts to obtain court approval to gather intelligence on former Trump campaign adviser Carter Page.

The memo alleged that the dossier, authored by ex-British intelligence officer Christopher Steele, formed an “essential part” of the Page Foreign Intelligence Surveillance Court (FISA) application, and that DOJ officials did not disclose to the court that the Steele was employed by Fusion GPS, an opposition research firm that received funding for the effort, in part, from the Democratic National Committee and Hillary Clinton’s presidential campaign.

Democrats, including Schiff, have disputed that claim. The FISA court was made aware by DOJ officials of the political motivations behind the information from the Steele dossier, although the specific Democratic sources of funding were not named, sources familiar with the now-classified Democratic memo told ABC News.

“Every story has two sides. And I think it’s only fair that Democrats get to tell their side,” Rep. Mike Conaway, R-Texas, the senior Republican leading the Russia probe on the House Intelligence Committee, told ABC News after the vote.

Schiff said Monday that he was concerned the White House would make “political” redactions to the memo instead of doing so on national security grounds – a fear Conaway dismissed as “speculation.”

On Monday morning, Trump took aim at Schiff, accusing him of being “one of the biggest liars and leakers in Washington.”

“Little Adam Schiff, who is desperate to run for higher office, is one of the biggest liars and leakers in Washington, right up there with Comey, Warner, Brennan and Clapper! Adam leaves closed committee hearings to illegally leak confidential information,” he tweeted of former FBI Director James Comey, Sen. Mark Warner, D-Va., former CIA Director John Brennan and former Director of National Intelligence James Clapper. “Must be stopped!” 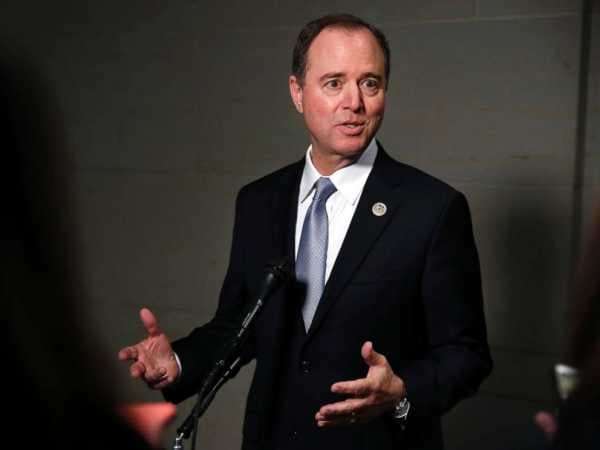 Schiff tweeted in kind, advising Trump to turn “off the TV” help “solve the funding crisis.”

Schiff also thinks “it’s very possible” the staff of the GOP committee chairman Devin Nunes “worked with the White House and coordinated the whole effort” to declassify and release the memo alleging abuses of government surveillance powers at the FBI and the Justice Department, he said Sunday on ABC News’ “This Week.”

“Representative Devin Nunes, a man of tremendous courage and grit, may someday be recognized as a Great American Hero for what he has exposed and what he has had to endure!” the president tweeted today.

The partisan fight is likely to continue as Nunes has vowed more reports on alleged politically motivated bias inside the Trump administration. 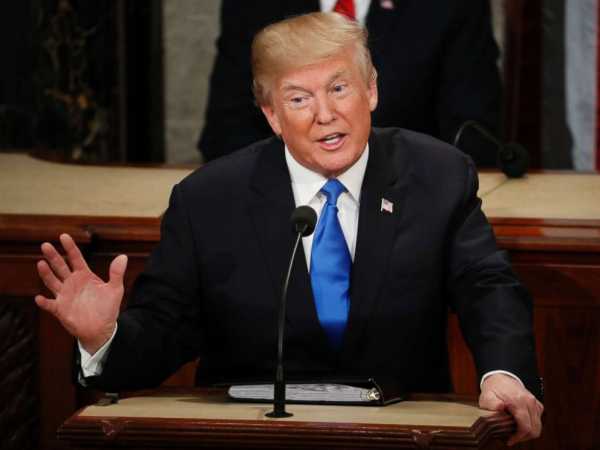 Pablo Martinez Monsivais/AP, FILEPresident Donald Trump delivers his State of the Union address to a joint session of Congress on Capitol Hill in Washington, D.C., Jan. 30, 2018.

Trump says the GOP memo alleging bias inside the FBI clears him in the Russia investigation, tweeting this weekend: “This memo totally vindicates ‘Trump’ in probe. But the Russian Witch Hunt goes on and on.”

Some Republicans are distancing themselves from the president’s claim. Rep. Trey Gowdy, who helped draft them memo, said it does not affect special counsel Robert Mueller’s investigation.

“I actually don’t think it has any impact of the Russia probe,” Gowdy said on CBS’s “Face the Nation.” 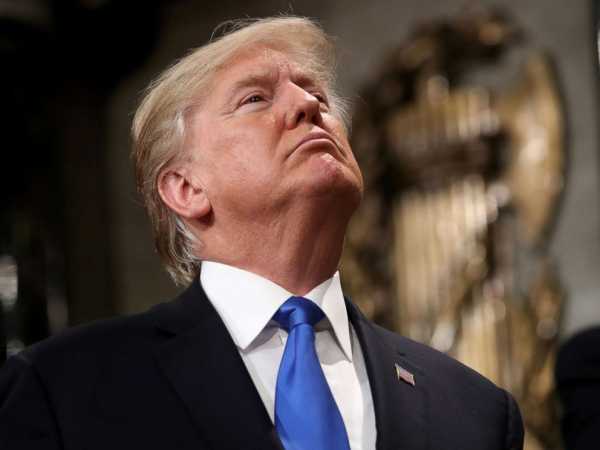 Win McNamee/CNP via NewscomPresident Donald Trump signs a hat after finishing the State of the Union address in the chamber of the U.S. House of Representatives, Jan. 30, 2018 in Washington, D.C.

“The president does a lot of stuff,” Conaway said when asked about Trump’s comments about the memo and the Russia probe over the weekend, which he said he hadn’t seen.

The Texas Republican said he believes the memo has nothing to do with special counsel Robert Mueller’s investigation.

“The memo is just about process at the FBI,” he said.