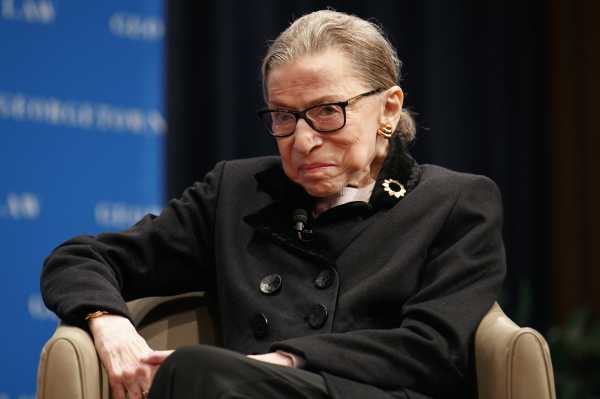 Less than one hour after the death of Supreme Court Justice Ruth Bader Ginsburg was announced, speculation began on Fox News about her replacement.

On Tucker Carlson Tonight Friday, Ned Ryun — the CEO of American Majority, an advocacy group that trains conservatives who aspire to political office — said he would advise President Donald Trump to nominate Amy Coney Barrett, who he said, “I’m a big fan of; in fact, I prefer her over Kavanaugh … I think she’d be a solid choice, she’s still in her 40s. She’s on the Seventh Circuit right now, has proven her conservative credentials.”

The comments, while arguably answering a question looming large for many of Fox’s viewers in the wake of Ginsburg’s death, serve as a reminder of all that is at stake in nominating a new justice. And they are also a reminder of the hypocrisy of Republicans like Senate Majority Leader Mitch McConnell, who infamously held the late Justice Antonin Scalia’s seat open in an election year. At the time, he argued doing so would allow voters a chance to influence who was chosen. Following Ginsburg’s death, McConnell said this time around: “President Trump’s nominee will receive a vote on the floor of the United States Senate.” (He declined to disclose the timing of the vote.)

Whoever is nominated would have an outsize role in deciding policy for decades to come. As Vox’s Ian Millhiser has written, judges — particularly those on the Supreme Court — have been responsible for most of the US’s most significant policy changes in recent years:

As the White House, Trump, and his campaign have pointed out, the president has been incredibly successful at appointing young judges — most are below age 50. Barrett follows this pattern, meaning were she to be appointed, she would likely be able to serve for at least a generation. And in that service, she could perhaps confirm suspicions that she would be willing to overturn precedent in a manner pleasing to conservatives.

Barrett has been a favorite of conservative Christian Americans for some time. As Vox’s Jane Coaston noted following Trump’s appointment of Brett Kavanaugh to the Supreme Court, many religious conservatives lamented that Trump didn’t choose Barrett instead, believing she would be more willing to end abortion protections by voting to overturn Roe v. Wade.

And as Dara Lind and Vox’s Dylan Matthews explained on The Weeds in 2018:

Trump’s likely appointment of a third Supreme Court justice is exactly what Democrat voters fear — and why Democratic leaders are calling on Trump and McConnell to allow the victor of the next election decide who will fill Ginsburg’s seat.

And for many Democrats, comments like Ryun’s and McConnell’s Friday are a painful reminder that Republicans refused to allow a vote on President Obama’s Supreme Court nomination of Neil Gorsuch during the last weeks of his presidency, a strategy that resulted in the advancement of Kavanaugh, who has routinely voted with conservative justices during his brief time on the Court.

One thing is clear: Republicans and Democrats both see the election as the highest of stakes for the future of the Supreme Court.

“This is an opportunity,” Ryun said. “And I say they seize the moment.”