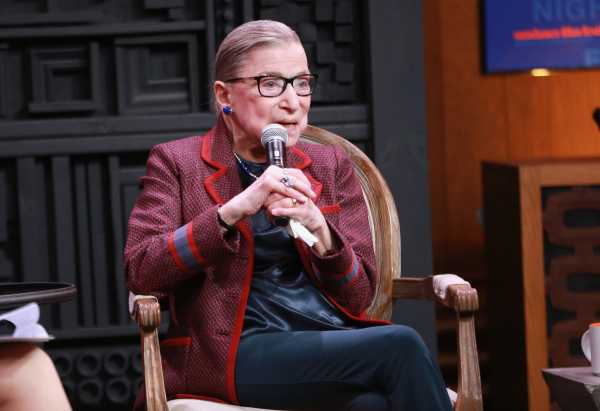 Ruth Bader Ginsburg’s death is a tragedy. Ginsburg was a pioneer, a brilliant jurist, and a moral force. Losing anyone of her stature, and her talents, is gutting. But Ginsburg’s death is also a political crisis — one she saw coming. In a final statement, dictated to her granddaughter, Ginsburg said, “My most fervent wish is that I will not be replaced until a new president is installed.”

Ginsburg’s death leaves the Senate in dangerous territory. McConnell has made his position clear. His stance on Garland was about power, not principle, and he has no intention of holding a vacancy open for Joe Biden to fill. “President Trump’s nominee will receive a vote on the floor of the United States Senate,” he said in a statement following Ginsburg’s death. Democrats remain livid over the Garland affair, and adding more justices to the Court — an idea known as “court-packing” — to balance out McConnell’s machinations has gained currency among key Democratic senators, and understandably so.

It’s possible that a crisis here will be averted by a critical mass of Republicans refusing to vote on a replacement until after the election. Prior to Ginsburg’s death, Sens. Lisa Murkowski (R-AK), Lindsey Graham (R-SC), and Susan Collins (R-ME) have said they’d follow the Garland rule and hold a vacancy open until after the election. Now we’ll see if they meant it.

In practice, the Supreme Court decides how elections are funded, whether abortions are legal, whether millions of people will continue to have health insurance — if legislators and activist groups see its composition as a matter of life and death, that’s because it often is. This is why, in 2016, McConnell refused to consider any of President Obama’s nominees to fill the vacancy left by Justice Antonin Scalia: Keeping a conservative majority on the Court was, for Republicans, worth any amount of damage to the institution, and to American politics more broadly.

These same incentives create extraordinary pressure for justices to stay on the bench long after they might have otherwise retired, in the hopes that they can outlast an ideologically unfriendly administration. They bias presidents toward nominating the youngest confirmable jurist they can find, rather than the best candidate they can find. And they turn an institution meant to be insulated from the political system into a threat to the political system, as almost any political cost is worth bearing if it leads to control of the Court.

The Supreme Court should reflect the Constitution and the country, not the quirks of longevity. Holding justices to a single, nonrenewable term would lower the stakes of any individual Supreme Court nomination as well as make the timing of fights more predictable.

An idea like this could have bipartisan support: Rick Perry proposed 18-year terms in his 2012 Republican presidential bid, making an argument that I think sounds even more persuasive today:

Eighteen-year terms would also ensure the Court keeps closer touch to the country. Being a Supreme Court justice is a plum job, and it’s understandable that few want to give it up. But there are too many examples of justices serving after their faculties began to fail; Chief Justice William Rehnquist, for instance, missed 44 oral arguments in 2004 and 2005, after undergoing a tracheotomy to treat thyroid cancer. Nevertheless, he declined to step down and, shortly thereafter, died in office.

Even in less extreme cases, serving as a Supreme Court justice is the kind of job that pulls you far out of normal human context. You’re one of the most powerful people in the country, surrounded by ritual and deference, traveling in only the most rarefied circles. In an institution like that, more new blood, more often, is probably a good thing.

Implementing term limits for the Supreme Court would be a step toward repairing and normalizing a process that raises the stakes of vacancies beyond what our politics, or the human beings who serve on the Court, can comfortably bear. It would be one important way we could deescalate the stakes of American politics, and protect the system from total breakdown.