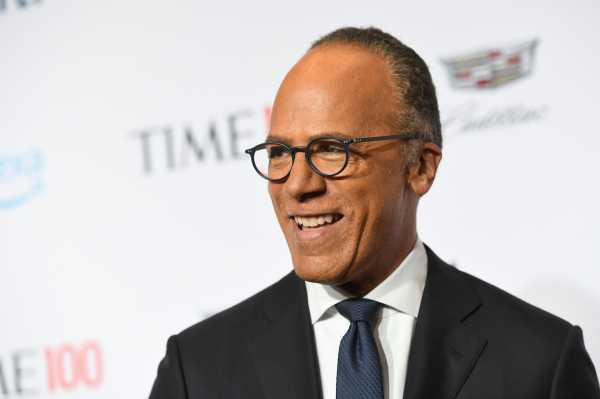 Of the five moderators for the first set of Democratic presidential debates, just one is a white man. They are NBC anchors Lester Holt, Savannah Guthrie, Rachel Maddow, Jose Diaz-Balart, and Chuck Todd.

This degree of representation is no accident. In the wake of pressure from activists, who are fed up with moderators that are predominately white and male, the Democratic National Committee pledged earlier this year to make sure there was at least one woman and one person of color moderating each of its presidential debates.

Wednesday and Thursday’s debates will air live on NBC, MSNBC, and Telemundo from 9 pm to 11 pm.

Not only will they feature the most diverse group of presidential candidates that Democrats have ever seen, the moderators who will be asking questions and fielding the candidates’ responses are set to reflect this diversity as well.

Moderators of this month’s debates will have a pretty hefty responsibility, especially on two nights that will have 10 candidates each.

Typically, the moderators are in charge of asking the candidates pointed questions, identifying topics to focus on, reining candidates in if they ramble or overstep, and keeping track of time. With every candidate only expected to get roughly 12 minutes to speak on each night, the moderators are set to play a key role in steering the focus of the conversation and ensuring that each person has a chance to make their case.

As has been the case before, the moderators who are running the June debates are affiliated with the network airing the programming. In the 2016 general election, that was a point of contention since Republican and Democratic candidates were interested in moderators seeming neutral and not associated with outlets that had a perceived partisan bent that the candidates disliked.

Thus far, because the debates only include Democratic candidates, that issue has not arisen to the same degree. All five moderators for this week’s debates are anchors on various NBC and MSNBC shows and well-known for their respective coverage:

Lester Holt: Holt anchors NBC Nightly News, a daily program focused on breaking news in the US and across the globe. Holt had also moderated a debate between Hillary Clinton and President Donald Trump in 2016.

Savannah Guthrie: Guthrie is a co-anchor of NBC’s daily morning news show Today and is the chief legal analyst for NBC News.

Rachel Maddow: Maddow anchors her namesake program, The Rachel Maddow Show, on MSNBC, which focuses on news analysis and commentary and airs nightly. Maddow had previously moderated a debate between Clinton and Bernie Sanders in 2016.

Chuck Todd: Todd hosts the news and commentary program Meet the Press with Chuck Todd, a show that airs weekly every Sunday. Todd also serves as NBC News’s political director and previously moderated a debate between Clinton and Sanders in 2016.

Per NBC, both two-hour debates will be split between the moderators in the same way:

Given how historically white and male the debate space has been, greater diversity among moderators on the stage has been a priority for advocacy groups, including NARAL, Emily’s List, and Color of Change.

In an open letter this spring, the groups urged media outlets and other organizations to ensure that at least 50 percent of the moderators running the debates would be women and at least 50 percent would be people of color. UltraViolet Action, an organization dedicated to gender equity, spearheaded the letter, which also called out sexism in political media coverage writ large.

The group applauded the NBC lineup and urged other media outlets to follow suit.

“NBC’s decision to ensure that four out of the five moderators for the first Democratic presidential primary debate are women or people of color is a huge win for representation at the debates and a welcome change from the status quo,” said UltraViolet’s executive director Shaunna Thomas. “Our country has seen what happens as a result of unfair media coverage of presidential candidates — and this cannot be the reality in 2020.”

As the organizations note in their letter, coverage of women candidates, for example, has often trended more negative and tends to focus less on their concrete achievements. Already, there have been blatant instances of double standards, including pieces questioning women candidates’ “likeability,” and other stories treating minor gaffes by women candidates as major missteps.

“When the media does focus on women candidates, there is often a default to sexist tropes about women in leadership or a lack of focus on the substantive backgrounds and policies of the women candidates,” the groups wrote.

In that letter, the organizations indicated that their push on moderators came after a string of town halls hosted by CNN that were led exclusively by male reporters.

UltraViolet Action has also previously called on candidates to take the #AskForWomen pledge and only attend debates that include women moderators, an effort that’s been backed by the likes of Sens. Cory Booker, Kirsten Gillibrand, Elizabeth Warren, and Bernie Sanders.

“As the Republican Party works methodically to take away women’s basic human rights, it’s more important than ever that Democrats require that women moderators be present and empowered to hold all candidates accountable on our positions,” Gillibrand said in a statement.

Following this push, the Democratic National Committee announced its new guidelines for moderators in May.