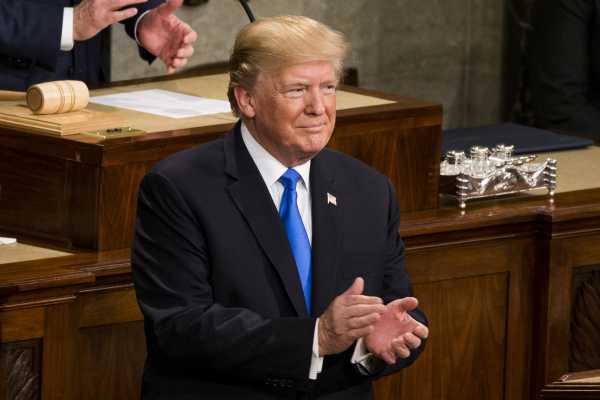 Earlier this week, President Donald Trump took credit for an unemployment rate of 6.8 percent among black Americans in December 2017 — the lowest level the Bureau of Labor Statistics had found since it started tracking employment numbers by race in 1972.

“Unemployment claims have hit a 45-year low,” Trump said in his State of the Union address. “And, something I’m very proud of, African-American unemployment stands at the lowest rate ever recorded.”

Well, bad news: According to the latest job numbers, black unemployment ticked up from 6.8 percent in December to 7.7 percent in January — the largest single-month increase in years. Most of the gains of 2017 were seemingly erased last month. The overall unemployment rate, meanwhile, remained unchanged at 4.1 percent, although Hispanic and Asian joblessness also ticked up.

As my colleague P.R. Lockhart previously explained, Trump was not to credit for the gains of the last year. The black unemployment rate had been trending down before Trump took office — so whatever was going on there seems to have largely preceded him.

“From January to December 2017, the unemployment rate among black Americans fell 1 percentage point,” Philip Bump reported in the Washington Post. “During the same period in 2016, it fell the same amount. In 2015, it fell 1.9 points. The previous year, it fell 1.5 points. The year before that, it fell 1.8 points.”

If anyone was to credit for the improving numbers, the expert told Lockhart, it’s former Federal Reserve Chair Janet Yellen. She’s officially stepping down this week after Trump refused to name her to a second term.

But if Trump is going to take credit for when things go well, it stands to reason that he should also take blame when things go poorly. For some reason, I’m not expecting that kind of humility from Trump anytime soon.