The Supreme Court on Thursday rejected former President Donald Trump's request for an independent third-party to be able to review the documents marked classified that were taken from Mar-a-Lago amid a federal investigation.

"The application to vacate the stay entered by the United States Court of Appeals for the Eleventh Circuit on September 21, 2022, presented to Justice [Clarence] Thomas and by him referred to the Court is denied," the court wrote in a brief order.

Trump asked last week for the Supreme Court to intervene in the case. His attorneys requested the justices vacate part of an 11th Circuit U.S. Court of Appeals ruling and restore a special master's access to the 100 or documents bearing classification markings that were seized at Trump's private club.

MORE: On Trump's last day in office, why were sensitive documents allegedly in such disarray?

Those documents were found by FBI agents in an August search of Mar-a-Lago as part of a Department of Justice probe into Trump's handling of sensitive materials after he left the White House. 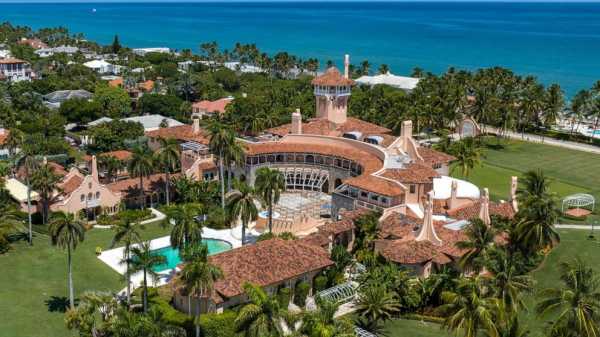 Trump had requested that the Supreme Court reverse only the portion of the 11th Circuit's stay that prevented special master Raymond Dearie from accessing the documents during his review over whether any of the thousands of materials taken by the FBI were shielded by privilege.

A three-judge panel for the 11th Circuit previously granted the DOJ's request for a partial stay which essentially reversed U.S. District Judge Aileen Cannon, who had sided with Trump's motion for a special master and then barred the DOJ from using the seized materials for its investigation pending Dearie's own review.

Trump's attorneys said the special master's intervention was needed "to ensure fairness, transparency, and maintenance of the public trust." 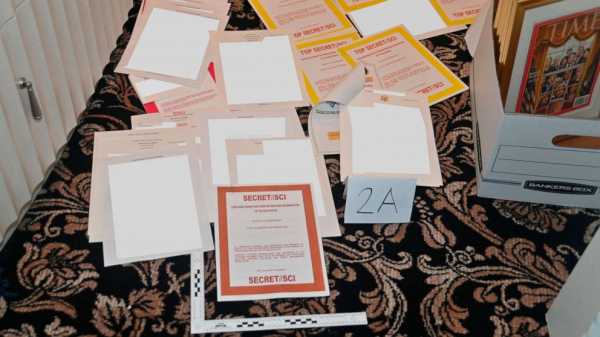 This image contained in a court filing by the Department of Justice on Aug. 30, 2022, and partially redacted by the source, shows a photo of documents seized during the Aug. 8 FBI search of former President Donald Trump’s Mar-a-Lago estate.Department of Justice via AP, FILE

But the 11th Circuit's subsequent stay allowed the DOJ to access the documents once again. The government has argued that being limited from accessing the materials from Mar-a-Lago caused harm to national security and its ongoing investigation.

The DOJ moved for its expedited appeal after Cannon issued an order overruling a request from special master Dearie to have Trump's team verify that the government's inventory log was accurate and independently extended multiple deadlines Dearie had set for his own review.