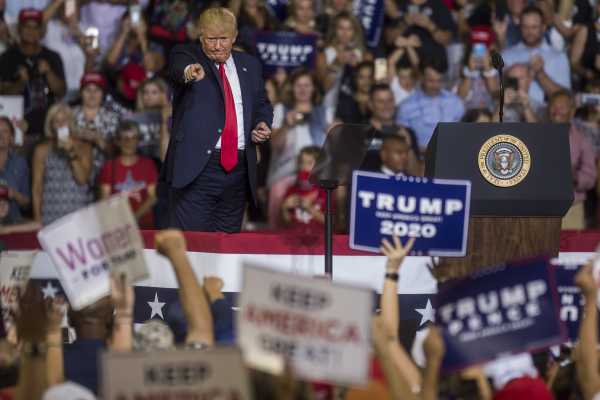 It’s hard not to feel chills when you watch the video of a Trump rally in North Carolina where this chant, directed at Rep. Ilhan Omar, breaks out. The president, in the middle of a diatribe against Omar, pauses and looks out as the crowd chants — not smiling, exactly, but doing nothing to calm the chanters or quiet their refrain.

That moment, the chant demanding that a naturalized citizen and member of Congress be “sent back” to her native Somalia booming through an audience of thousands, put on display the particular fusion of racism and authoritarianism that defines Trumpism as a political movement.

“Send her back” is not the first such chant to break out at Trump events; it follows “lock her up,” the ritual demand from Trump supporters that Hillary Clinton be sent to jail. Together, “lock her up” and “send her back” demonstrate beyond doubt that the law, in the Trumpian view, is a vehicle for punishing political enemies and minority groups.

In the Trumpian imagination, political opponents are not mere rivals but existential threats aligned with anti-American elements (read: immigrants and minorities) in a bid to undermine everything they cherish about America. As such, Clinton and Omar should not merely be defeated in an election; they must be crushed. If that requires abusing the power of the state and twisting the law to do so, so be it.

This authoritarian impulse, cross-bred with bigotry, has helped birth some of the worst excesses of the Trump era — from the Muslim ban to family separation to the failed attempt to circumvent the courts and place a citizenship question on the census. Such behavior has been made possible and permitted by the Republican Party, whose leaders either are willing to tolerate Trump’s authoritarian white revanchism in exchange for tax cuts and Brett Kavanaugh or, worse, actively agree with it.

Trump’s attack on Omar appears to be a preview of his broader 2020 strategy. There is every reason to expect things will get worse.

What “send her back” and “lock her up” have in common

Democracy depends — and democratic systems survive — on the fair and neutral application of the law: You can’t arrest people without good reason to believe they broke the law, and you especially can’t arrest them simply because you see them as a political rival.

In theory, both major American parties are committed to this idea: It’s one of those “norms” you’re always hearing about, But since the rise of Trump, it’s become increasingly clear that Republicans and their voters are more than willing to call for bending the system’s powers to partisan, racialized ends. 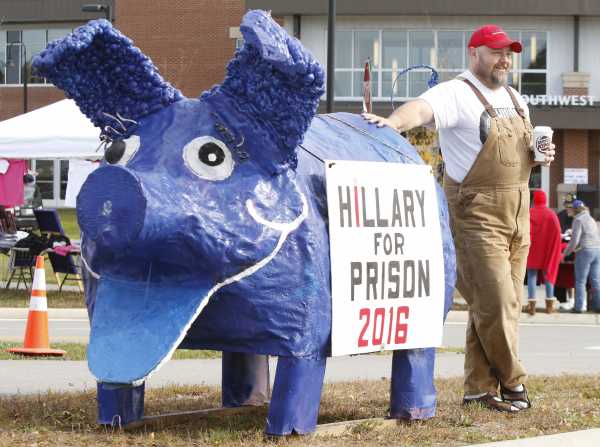 “Lock her up” is not merely an expression of the false belief that Hillary Clinton’s email scandal was criminal. “Send her back” is not the result of a baroque theory that Ilhan Omar is not legally an American citizen. Instead, the chants are meant to signal that Clinton and Omar are threats to the body politic who need to be purged if it is to be preserved.

Trump, along with numerous Republicans and Fox News hosts, have made this an explicit feature of their rhetoric. At a June rally in Florida, just weeks before Trump’s racist attacks on Omar and the rest of “the Squad” began in earnest, he cast the Democratic Party as a threat to the very lives of his supporters. “They want to destroy you and they want to destroy our country as we know it,” he thundered.

When you believe this, there is no longer any need to adhere to the liberal theory of law as neutral protector of freedoms. In its place, you get the “send her back” theory of law: the notion that the purpose of holding legal power is to defeat your enemies, an anti-democratic theory that has been encouraged at Trump rallies for years.

The chants originate with Trump himself. He openly mused about prosecuting Clinton during the 2016 campaign and has spent the past week telling Omar to go back to “her” country. The broader Republican apparatus, leading elected officials and their allies in the conservative media, did not condemn these chants or the presidential statements encouraging them. Quite the opposite: At the 2016 Republican National Convention, future Trump national security adviser (and current confessed criminal) Michael Flynn led the crowd in a “lock her up” litany.

One thing we learned from special counsel Robert Mueller’s Russia investigation is that Trump’s desire to prosecute Clinton was not an idle threat. The report documents three separate occasions when Trump attempted to strong-arm then-Attorney General Jeff Sessions into launching a criminal investigation into Clinton. In March 2019, he openly hoped that current Attorney General William Barr would “do what’s fair” when it came to going after the woman he routinely called Crooked Hillary.

A deeply authoritarian attitude has taken root in one of our major parties. It manifests not only in words but in actions.

“Send her back” and the racism-authoritarianism nexus

The style of authoritarianism of the Trump movement cannot be fully understood without taking into account the movement’s racism.

President Trump has labeled Mexicans rapists, invented stories about New Jersey Muslims celebrating 9/11, and said there were “very fine people” among the white nationalists in Charlottesville. His administration has attempted to ban large numbers of Muslims from entering the country, held Latino migrant children in squalid detention centers, and gutted the Justice Department’s civil rights division.

Study after study has found that Trump’s most loyal voters are defined by unusually high levels of racial resentment and animus. Trump himself, per Axios, seems to think that his 2020 reelection depends on rallying racist voters to his cause with outbursts like the one targeting Omar.

Racism powers the authoritarianism: It helps identify who the enemies are, determines which people need to be crushed by Trump and his Republican allies. The authoritarian idea of using law to punish political enemies and the racist idea that the rising nonwhite population threatens something essential about America have together been at the core of Trumpism almost since the get-go.

Omar — a black, immigrant, Muslim, Democratic woman — is such a movement’s perfect target.

She is a naturalized citizen, of course, so Trump couldn’t just order Immigration and Customs Enforcement to “send her back.” But the call to deport Omar has a symbolic purpose; it serves as a rallying cry for those who feel Trump ought to be targeting people like her for legal sanction. It is an extreme expression of demographic anxiety, of fear of the loss of white America’s dominant status and a willingness to consider even authoritarian means to slow or reverse this decline.

The campaign promise to bar Muslims from entering the United States, made manifest almost immediately after Trump took office via the “travel ban” executive order, was a blatant example of this principle. The initial policy was so broadly worded that it seemed to bar people with green cards from the travel ban countries from reentering if they happened to be out of it.

This is a moral absurdity: In what world could it possibly be fair to bar people who already had permission to reside, long-term, in the US? But it makes sense if you view the purpose of law through a “send her back” lens. The purpose of the legal tools is not to be fair but to hurt the right people (in this case, Muslims). 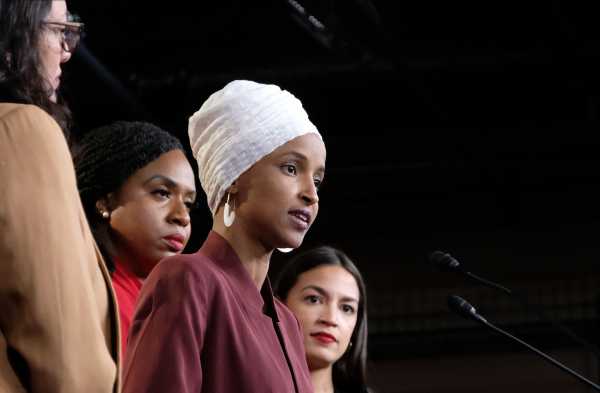 Trump had to quickly back down from the ban’s application to green card holders, and many of the other more sweeping parts of the first travel ban were defeated in court. But the pattern — that the law be pushed and twisted as far as possible to exclude nonwhite individuals from the physical nation or its political life — was set.

That pattern has since grown to include the Trump administration separating children from parents at the border and making it difficult to seek asylum despite America’s commitments to openness under international and domestic law. It explains why he attempted to include a question about citizenship on the census, a question to suppress the number of immigrants counted in it — and, when the courts told him he couldn’t, briefly tried to do it anyway.

It remains to be seen what further actions Trump will take along these lines up until the 2020 election, and the long-term consequences of such actions for American democracy. But the fact is that the president seems to see the “send her back” chanters as his base, and the GOP is perfectly willing to let him court them because they care more about beating Democrats.

There is no reason to believe that any of this will end well.