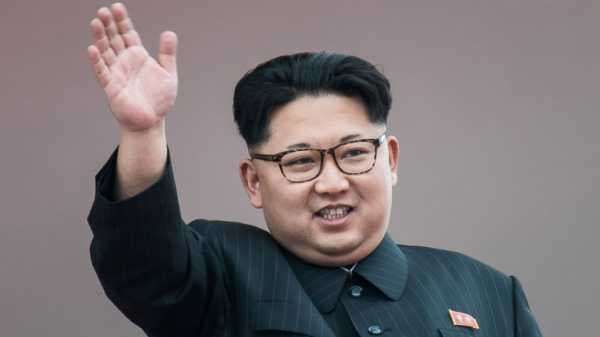 Any images that surface will come by way of North Korea’s propaganda machine – so there’s no way to tell whether the hardware is real and operational.

But if last year is the guide, there is plenty of evidence to suggest that the big parade will be more than just a show.

Last April, Kim marked the birthday of his grandfather, Kim Il Sung, with a huge procession that, among other things, featured an eight-wheeled launch vehicle bigger than anything seen on the parade route before, along with missile canisters large enough to carry two-stage intercontinental ballistic missiles, the kind with the range to hit the continental United States. Experts speculated about whether anything was inside the canisters or whether North Korea was merely demonstrating it could transport missiles of that size. 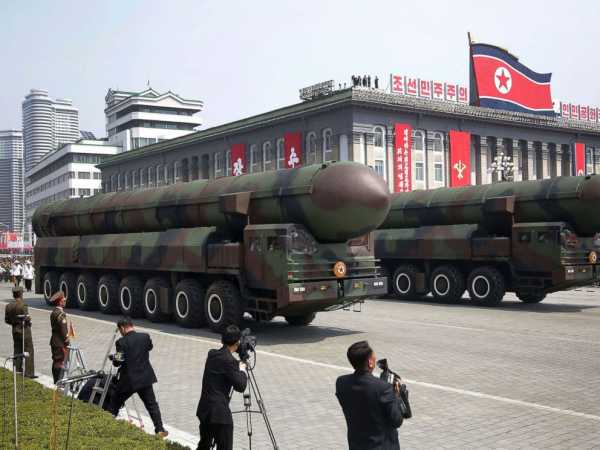 On July 4th, a very similar eight-wheel launcher showed up in a North Korean photo said to show Kim watching the launch of a two-stage intercontinental ballistic missile test. That missile reached an altitude of 1,730 miles, which on a different trajectory could have given it the range to hit U.S. military bases in Guam. 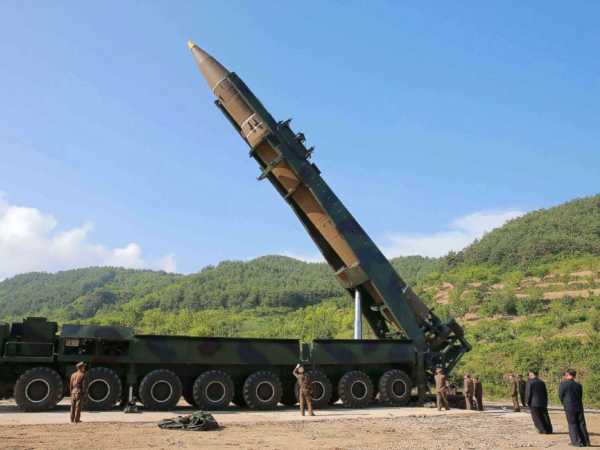 North Korea followed up July 28th with another ICBM test, this time reaching a height of 2,300 miles, which on the right trajectory could possibly have reached Washington D.C., 6,800 miles away. 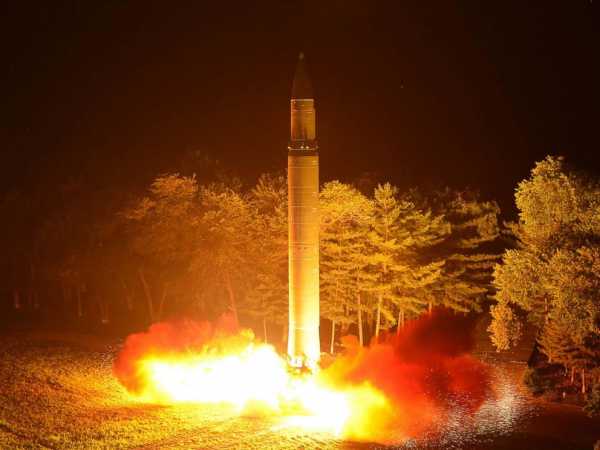 It turned out that North Korea’s first two ICBM launches were carried out by KN-17 missiles paired up with a second stage, a development that caught U.S. officials by surprise.

And on November 28. Kim claimed another record, sending an ICBM 2,800 miles into the sky, which translates into a potential range of 8,000 miles, more than enough to hit anywhere in the continental United States.

That ICBM was a new large missile, called the Hwasong 15, that North Korea had not been paraded in April and was of a totally different design from that of the ICBM’s launched in July. That indicates North Korea doesn’t always show off all of the missile technologies it’s working on during its annual parades.

Thursday’s anticipated Army Day parade marks the 70th anniversary of founder Kim Il Sung’s 1948 transformation of the revolutionary guerrilla force into a regular army. Depending on what’s on display, and whether it’s real, it could also mark the transformation of Kim Jong Un’s patchy nuclear missile program into a legitimate threat.