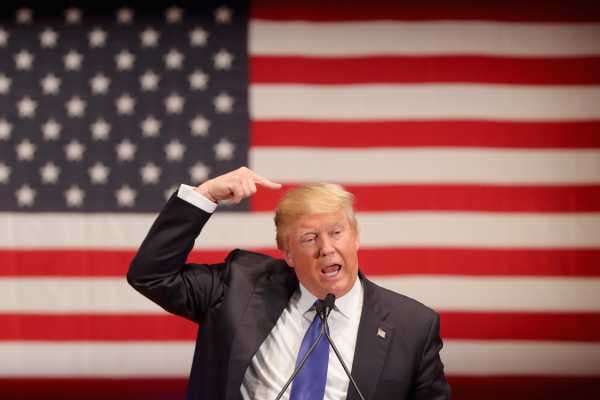 The United States, Canada, and Mexico might have won the rights to host the 2026 World Cup in part because President Donald Trump promised that some of his most restrictive immigration policies would be relaxed for players and fans attending the games.

The three North American countries, which made a joint bid, were considered strong contenders to host the World Cup. But according to the New York Times, other nations’ representatives were worried about the Trump administration’s travel ban, as well as Trump’s comments about immigrants from “shithole countries.”

In response, Trump essentially said that if you’re traveling to the World Cup, the travel ban won’t apply: The Times’s Andrew Das reported Tuesday that Trump sent three letters to FIFA president Gianni Infantino from March through May to try to convince him and other members of soccer’s global governing body that the United States was up to the task of hosting the 2026 World Cup.

Trump said that “all eligible athletes, officials, and fans from all countries around the world would be able to enter the United States without discrimination” in a May 2 letter. In another letter in March, he guaranteed the US would respect FIFA rules that required the playing of any country’s national anthem, the display of its flag, and respect for human rights.

Of course, Trump won’t be in office in 2026 — even if he’s elected to a second term in 2020, he’ll be done serving in January 2025. But FIFA officials were still worried. Carlos Cordeiro, the president of US Soccer, told the Times that Trump’s letters were “powerful” and that without his assurances, “FIFA could have red-flagged us.”

The US, Mexico, and Canada, which bid together, went up against Morocco in bidding for the 2026 contest. While the North American contingent was considered the frontrunner, Morocco did put up a fight. As the Times notes, it stressed its proximity to the European time zone and pointed out it has “very low gun circulation,” presumably a jab at the US’s gun violence problem.

Members of FIFA’s governing body have to vote on the winning bid, and North America beat out Morocco 134 votes to 65. (One FIFA member voted for neither.)

Before the vote, though, FIFA officials were reportedly worried about whether the US’s visa policies would be too restrictive for it to host the games. Iran, which is on the travel ban list, qualified for this year’s World Cup, and Syria and Libya were in the running but failed to make the cut. Iraq, which was listed in Trump’s original travel ban, almost made it as well.

The 2026 World Cup will be unprecedentedly large. It will have 48 teams, up from the current 32, and entail 16 host cities. Mexico and Canada will host 10 games each, and the US will host the other 60.

Trump: “It would be a shame if countries that we always support were to lobby against the US”

Trump had only mentioned the World Cup twice in public before Wednesday. In April, he tweeted that it would be a “shame” for countries to lobby against the US bid. A few days later, in a Rose Garden appearance with Nigerian President Muhammadu Buhari, he said he would be “watching very closely” which African countries supported the US. The appeals weren’t so much positive ones as they were threats not to go against the US.

Jared Kushner, Trump’s son-in-law and adviser, leveraged his relationship with Saudi Arabia to get the country to publicly announce its support for the US’s 2026 bid, and the National Security Council was in touch with other countries to try to win their votes.

President Trump on Wednesday celebrated the victory on Twitter, citing a “great deal of hard work” that went into it — including, apparently, his own administration’s.