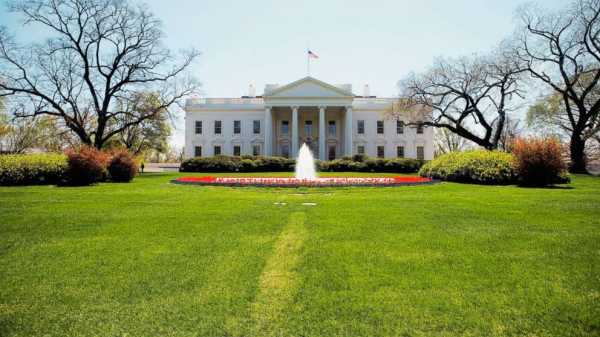 The fund, called the “Patriot Legal Expense Fund,” is being looked to as a way to provide financial support for any legal bills incurred by any individual who “was an employee, consultant, fundraised or volunteer” on behalf of President Trump’s campaign, according to a document labeled “draft” that was posted on the Office of Government Ethics website.

The document, written by lawyers from Wiley Rein LLP, is dated Jan. 29, 2018, but it is unclear who started the fund or how much in assets the funds currently hold.

However, separately the Trump campaign which spent $1.1 million on legal fees last quarter included a $10,000 payment to the same law firm for “legal consulting,” according to FEC filings. A source with knowledge says the campaign did hire the law firm to start the fund, but that the campaign will have no role in the day to day management or the funding of the project.

A current Trump campaign official declined to comment when reached by ABC News.

For its part, the Office of Government Ethics said in a response to Wiley Rein that they have reviewed the draft proposal but they do “not approve or disapprove of specific legal defense funds”. That letter, signed by acting OGE Director David Apol further states “if the fund is established and administered in accordance with the terms set out in the attached agreement, both the managers and the employee recipients will be in compliance” with the necessary statutes.

FEC records from 2017 have shown legal fees for some members of the first family have previously been paid by the Trump campaign committee.

The document says the fund will compensate those who incur legal expenses from the investigation being led by various Congressional Committees and Special Counsel Robert Mueller’s probe into Russian meddling during the 2016 Presidential Elections.

A representative for Wiley Rein LLP declined to comment when reached by ABC News.

The fund has been a long time coming for many individuals who have been forced to hire outside counsel as they address questions and inquiries from the various investigative bodies and face mounting legal bills.

“The fund will help many of us that never anticipated being in this situation,” a former campaign official, who faces tens of thousands of dollars in legal bills who believes they will benefit from the defense fund, told ABC News.

A source with knowledge of the fund told ABC News, the law firm worked in conjunction with the White House Counsel’s office to ensure that any fund that was created would be in a position to contribute funds to the legal defense fees of current White House employees and comply with all legal and ethics concerns.

The source told ABC News the White House was unaware of whom created the fund and only dealt with the law firm.

The group established rules to vet donors, with more stringent restrictions on donors who give more than $1,000.

The chief aim appears to be to avoid creating an opportunity for someone to try and influence a federal official who benefits from the fund.

It asks those donors to attest that they are “not donating to the Patriot Legal Expense Fund Trust, LLC because of any potential federal government employee recipient’s official position or performance of duties,” for instance.

This is not the first time a legal defense fund has been established to aide members of a previous Presidential administration or campaign in paying for legal needs. Towards the end of the Bill Clinton administration, the “Clinton Legal Expense Trust” was established to aide Clinton staff who part of the Whitewater Investigation, Paula Jones sexual harassment lawsuit and Congress’ impeachment inquiry and trial.