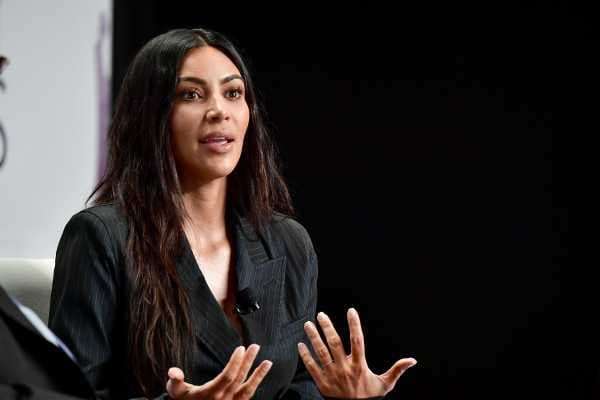 Kim Kardashian West met Donald Trump in the White House Wednesday to lobby for prison reform and to ask him to pardon Johnson, who went to jail more than 20 years ago after getting involved in a cocaine ring. In a viral interview, Johnson told Mic that her son had died, she’d been divorced, and she needed the money. “I couldn’t find a job fast enough to take care of my family,” she told Mic. “I felt like a failure.”

Kardashian was moved by the interview.

Trump heard out Kardashian. Then he released a photo of the two of them in the Oval. The media pounced. It wasn’t criticism; it was an assault.

The New York Post went with not one, but two references to Kardashian’s rear end on its Thursday cover. The image was retweeted and liked thousands of times.

The reaction to Kardashian is a window into how we think about male and female leadership. Trump is an alpha man who never backs down, never apologizes, and never accepts “no.” He gets to be president. Kardashian is the modern female archetype — she is thin (except in the places it’s difficult to be plump), she is ageless, and she glamorizes motherhood. Her politicking is treated as a joke.

Celebrities draw attention to causes all the time — and it works. The media flocks to cover events when big names get involved in policy. Whether it’s Bono testifying on the state of AIDS resources, Brad Pitt meeting with Barack Obama and Nancy Pelosi on sustainable housing, or Ashley Judd taking on saving wolves, the coverage usually takes them seriously along with the issue.

Trump’s rise is proof of the phenomenon. He was irresistible to TV news during the 2016 campaign. He still is.

But even advocates of prison reform didn’t see Kardashian, perhaps the best publicity-getter in America, as any kind of help. In a response to my colleague German Lopez’s explainer on yesterday’s meeting, Kristen Clarke, the president of the Lawyers’ Committee for Civil Rights Under Law, wrote him the following email:

Many organizations rely on celebrities to draw attention to their cause. Clarke’s organization, for example, has highlighted “special guests” at their annual gala, like Laz Alonso, a Hollywood star from box office hits like Avatar; Mike Tomlin, head coach of the Pittsburgh Steelers; and Jim Nantz, a CBS sports personality.

Perhaps the only person better at using celebrity for promotion than Trump is Kardashian. But when she takes up a cause, no matter how significant, her role as a feminine icon overshadows it. We laugh at the idea of the perfect woman having something important to say. But it’s not funny at all.