The White House on Monday and some Republicans in Congress condemned former President Donald Trump's call for "termination" of the Constitution's rules — while GOP congressional leaders kept silent on Trump's comment and Democrats demanded Republicans rebuke him.

White House press secretary Karine Jean-Pierre, asked about Trump's comment, said she wanted to be "careful" about how she answered from the briefing room podium since Trump has declared his candidacy for 2024 but reminded that his own administration officials have called the 2020 election the most secure in American history.

"It was also upheld by the Trump administration's attorney general, and by over 80 federal judges, [many] of whom were nominated by Donald Trump himself," she said. "And so in 2022, the American people came together, these past midterms, and utterly rejected the dangerous conspiracy that we have been hearing — the big lie that we have been hearing from the former president, but also many Republicans." 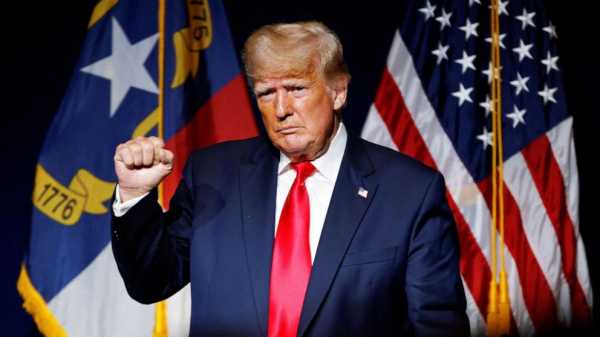 MORE: GOP faces further Trump reckoning in Georgia and beyond: The Note

Her deputy, Andrew Bates, said in a statement Saturday, "Attacking the Constitution and all it stands for is anathema to the soul of our nation and should be universally condemned."

The former president, in a post on Truth Social on Saturday, called for the "termination of all rules, regulations, and articles, even those found in the Constitution," citing debunked claims of voter fraud in 2020, claims that failed in court dozens of times.

Amid a flood of criticism, Trump posted another statement Monday on Truth Social attempting to deny that he posted as much, dismissing reports of his Saturday post as "disinformation and lies,"

"The Fake News is actually trying to convince the American People that I said I wanted to 'terminate' the Constitution," he said.

Republican congressional leaders Sen. Mitch McConnell and Rep. Kevin McCarthy, in the final stretch on his quest to become House speaker, on Monday had yet to weigh in on Trump's comment — which came just days ahead of a Senate runoff in Georgia where Trump has backed Herschel Walker.

McConnell told reporters he would address the issue in his weekly news conference on Tuesday after not addressing in his Monday Senate floor remarks. McCarthy, meanwhile, tweeted just over a week ago that the incoming Republican-led Congress "will read every single word of the Constitution aloud from the floor of the House," on its first day, after all members take an oath to uphold the Constitution.

At the same time, some of Trump's most ardent defenders did not try to excuse or justify his comments.

"I believe in the Constitution, and I believe in the rule of law and believe we should enforce it," Florida Sen. Rick Scott, said. "Everybody's gotta be even. Have to abide by it."

"Yeah, I think what he said was inappropriate," Sen. Lindsey Graham said Monday.

When ABC's Jay O'Brien pressed Graham on whether Trump's comments were disqualifying, he said, "I don't think so."

His Missouri colleague, retiring Sen. Roy Blunt, as the top Republican on the Senate Rules Committee, helped swear Trump in as president, said, "Well, I was standing ten feet from him when he took the oath of office and there was no emergency clause not to follow the Constitution," Blunt said when asked about the comments.

Trump's former national security adviser, John Bolton, told NBC on Monday that he will "seriously consider" running for president in 2024 if Republicans don't come out stronger against Trump's suggestion.

"When you challenge the Constitution itself, that is un-American. If the current GOP presidential candidates don't repudiate Trump, I'm prepared to get in the race," Bolton tweeted, along with a clip of the interview. 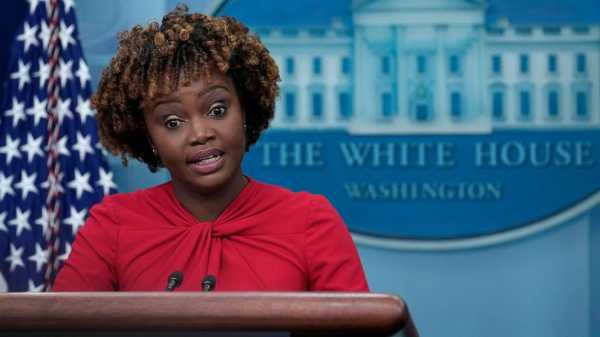 Alaska Republican Sen. Lisa Murkowski, who voted to convict the former president in his second impeachment trial, and recently won reelection to the Senate, condemned the comment on Twitter.

"Suggesting the termination of the Constitution is not only a betrayal of our Oath of Office, it's an affront to our Republic," Murkowski tweeted.

"As I've said before, there is no evidence of widespread voter fraud that would alter the results of the 2020 election," Rounds wrote. "Anyone who desires to lead our country must commit to protecting the Constitution. They should not threaten to terminate it."

"I don't know why anybody would say something like that — certainly not an ex-president," Cornyn said.

MORE: Trump left 'fuming' after at least 14 of his candidates projected to lose in midterms: Sources

Asked abut Trump's comments In an interview with WVOC, former Vice President Mike Pence said, "I must tell you that I think that everyone that serves in public office, everyone that aspires to serve or to serve again should make it clear that we will support and defend the Constitution of the United States which I believe by God's grace I was able to do not only during my tenure as Vice President but in those tumultuous days at the end." He did not mention Trump by name.

Outgoing Reps. Liz Cheney and Adam Kinzinger, the only Republicans to sit on the Jan. 6 select committee, also called out the comment to warn against Trump.

"Donald Trump believes we should terminate 'all rules, regulations and articles, even those found in the Constitution' to overturn the 2020 election," Cheney said. "That was his view on 1/6 and remains his view today. No honest person can now deny that Trump is an enemy of the Constitution."

Ohio Rep. Dave Joyce, a leading House Republican, told ABC "This Week" anchor George Stephanopoulos on Sunday that Trump's comment was not a deal-breaker for him supporting the former president in 2024.

This marks the second time in back-to-back weeks that Republicans on Capitol Hill have started their Mondays having to answer questions about Trump — who remains their de facto party leader and only current 2024 candidate. Republicans last week fielded fallout over Trump's meeting with a renowned antisemite and white nationalist.

Senate Majority Leader Chuck Schumer, in a stern rebuke from the Senate floor on Monday, said Trump "cannot seem to go a week without doing or saying something disgusting, dishonorable and frankly disqualifying for higher office."

"How can anyone hope to take the presidential office — oath of office — to preserve and protect the Constitution, while simultaneously calling for the Constitution's termination?" Schumer said. "It's wholly disqualifying on its face."

"When a former president calls for the termination of the U.S. Constitution, there can be no silence, no equivocation, nothing less than total and fierce condemnation," he added. "So, to my Republican colleagues, enough is enough."