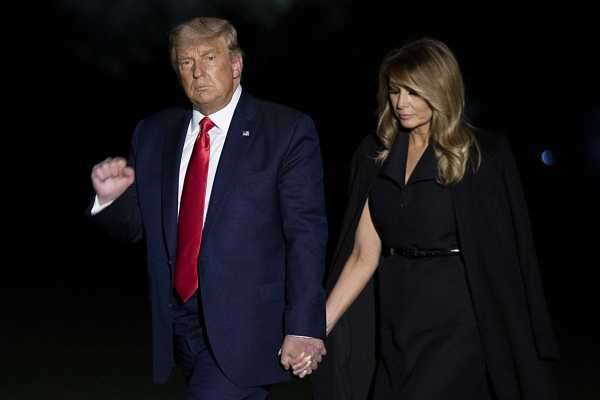 President Donald Trump has a bone to pick with windmills — he says it’s because they kill a lot of birds. But if it’s the bird population he’s really worried about, his true enemy is cats, which are the true enemies of the birds.

During the climate change section of Thursday’s final presidential debate between President Trump and former Vice President Joe Biden, the issue of clean energy came up and, eventually, the discussion turned to wind. Biden touted electric, solar, and wind energy as fast-growing industries and pushed back against the president’s past claims that noise from windmills causes cancer (there’s no evidence for this). And then we were off to the races re: windmills.

Trump said the United States is energy independent, and then leaned in on windmills. “I know more about wind than you do. It’s extremely expensive. Kills all the birds. It’s very intermittent,” he said.

So, to back up to the birds thing. While it is true that wind turbines do kill some birds, they are not even close to the primary cause of death to the avian population. That’s actually your neighborhood cat. The US Fish and Wildlife Service estimates that cats are responsible for the deaths of 2.4 billion birds each year. After that, collisions with building glass and vehicles are to blame for about another 800 million deaths. By comparison, about 230,000 birds are killed after colliding with a wind turbine every year.

If the true concern is saving the birds, then it would be good to focus not on windmills but on advice for keeping one’s cat from killing them: namely, keep your cat inside, and plant a tree or bush or something in your yard. Or put some sort of paint or decals on your window so birds know the glass is there.

The declining bird population is bad, but the problem isn’t windmills

The silliness of the windmill claims aside, the declining bird population is a real problem. As Vox’s Brian Resnick wrote in 2019, one study estimates that North America has lost 3 billion birds since 1970, though it differs across species. He explained why it matters:

The Fish & Wildlife Service notes that millions of acres of habitats for birds are lost each year because of development, agriculture, and forestry practices, and a big part of helping the population would have to entail protecting and restoring bird habitats. It also points out that climate change — which was supposed to be the subject of the final section of the debate — is also contributing to the issue.

So what is Trump’s problem with windmills? It’s impossible to get into his head, though he once filed a lawsuit in Scotland to try to block a wind farm from being built, which would have been visible from his golf course. He called the turbines a “horrible idea” and “ugly” and complained, “I want to see the ocean, not windmills.”

It’s also worth noting that back in January, the Trump administration scrapped penalties for industries that kill migratory birds — meaning oil and gas companies, electric companies, and other businesses that accidentally kill birds can do so without fear of prosecution or fines. A federal judge overturned the rule this summer, and the issue could eventually wind up in the Supreme Court — one where Trump is about to put in place a 6-3 conservative majority.