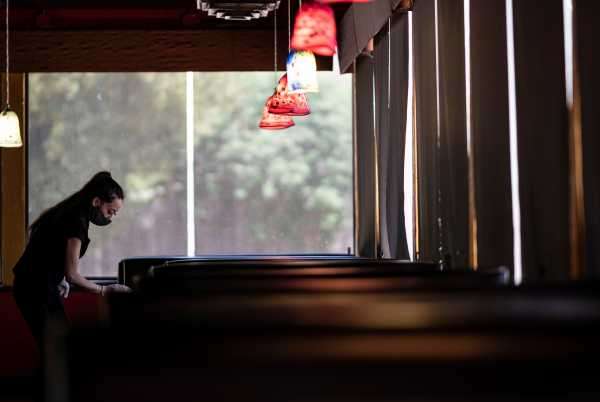 America may be coming out of a pandemic, but its jobs recovery may not be as rosy as some economists believed. That doesn’t mean that everyone should be freaking out — at least not yet. Almost everything about the economy over the past year has been unprecedented, and much of it surprising.

The news left many people, well, shook. “This is a big miss that changes how we think about the recovery,” University of Michigan economist Justin Wolfers tweeted. Economist Nick Bunker wrote that it “might be one of the most disappointing jobs numbers of all time.”

“Obviously, this is an incredibly disappointing report,” Bunker told Vox in an interview. “All the signs from all the other data that we have is that demand for workers is quite strong, and the report today, while it doesn’t point in the direction of, say, massive labor shortages, it suggests that there is some hesitancy out there on behalf of workers to take out some jobs, be it because of fear of the virus, child care constraints, or concerns about the instability of jobs.”

It’s hard to argue that the Bureau of Labor Statistics’ April jobs report was good — not to mention that the jobs numbers from March were revised down as well, meaning the economy actually added fewer jobs that month than initially reported. But it also reinforces something that’s been true throughout the pandemic: A lot of what’s going on in the economy is just going to be completely unpredictable. Plenty of people would not have expected a housing boom, a chicken wing shortage, or a run on lumber, either.

“Sometimes we overcomplicate situations by thinking that we should have thorough understandings of them when actually a great deal of humility is called for when we’re talking about unprecedented situations,” said Mark Hamrick, senior economic analyst at Bankrate. “We want, for the most part, to cheer for the end of the pandemic and the end of the economic downturn, and so it’s easy to get caught up in a tsunami of hope and optimism, but the economy has to do its own work to heal.”

The American economy lost 22 million jobs in March and April 2020, and it’s still 8 million jobs short of where it was pre-pandemic. While the Covid-19 vaccine is now widely available, and more than half of American adults have had at least one shot, the virus is still a dangerous threat, and millions more people need to be vaccinated. It feels almost inevitable that putting the country back together is going to take place in fits and starts — and some pieces of the puzzle might never fit back together.

“It’s easy to get caught up in a tsunami of hope and optimism, but the economy has to do its own work to heal”

“We don’t actually know what the economy is going to be like a month from now, much less 12 months from now. We know it’s going to be different because it already is different,” Hamrick said.

“We knew this would not be a 100-day battle, and today’s jobs report underscores the long-haul climb back to recovery,” said Treasury Secretary Janet Yellen at a White House press conference on Friday.

Many economists, policy experts, and politicians pointed to a variety of explanations for April’s jobs numbers. Some people noted that with child care challenges and school closures, some parents may not be able to get back into the workforce very fast. Others have suggested that generous unemployment insurance benefits are keeping people out of the workforce, though there’s not much hard data evidence for that.

There is also the simple fact that with Covid-19 still spreading, many people are nervous about going back to work in person. Anecdotally, many businesses have said they’re struggling to hire, but some businesses have reported success with increasing wages.

“Employers who truly face shortages of workers will respond by bidding up wages to attract those workers, and employers whose workers are being poached will raise wages to retain their workers, and so on,” Heidi Shierholz, former chief economist at the Labor Department, tweeted. She also pointed out that if employers are struggling to hire workers, you would expect them to increase the hours of the workers they already have, but that hasn’t happened to an extreme.

“There’s a lot of churn in here,” said Gregory Daco, chief US economist at Oxford Economics. Daco isn’t as alarmed as some other economists about the April numbers — he anticipated the possibility of what he calls an “April breather.”

“I think we have to be very careful not to fall into a trap of a one-way trend where every jobs number is going to be 1 million plus forever,” he said. “Let’s not feel depressed by just one jobs report.” He expects big gains coming into the summer.

The biggest gains in April were in the leisure and hospitality industries, which makes sense, given how hard the sector was hit when economies closed down and the fact that vaccinated people are starting to feel more comfortable going on vacation and out to eat. But there were other developments that were more puzzling or, at the very least, don’t have a sure explanation.

“Maybe we should be a little concerned on the margins here, but I don’t think we have to radically change our view of the world because of this report”

For instance, employment in construction didn’t change, even though construction season is sort of upon us. Employment in temporary help services (temp jobs) and couriers and messengers fell. On temp job declines, you could take it as a good sign that companies were perhaps hiring workers full time, but it’s not guaranteed that’s what happened. With courier and messenger jobs, a possible explanation could be that people are ordering less delivery as they go back to restaurants, for example. But again, that’s just a possibility.

There’s often not a linear story when it comes to what’s going on in the economy, and there likely isn’t one in this case. A variety of explanations for what happened in April could all be true. But because we live in such a politically charged environment, people tend to be selective in the narratives they embrace that align with their own interests and beliefs.

Case in point: The US Chamber of Commerce seized on the jobs report to call for an end to expanded unemployment insurance, which is set to end in September.

But it’s worth remembering that the economy was really brought to its knees last year, and it’s going to take a while for things to get better. Epidemiologists have been saying that “return to normal” will be gradual for a while now; that could be true for the economy as well.

“We don’t want to have a huge freakout about this one month of data. Maybe we should be a little concerned on the margins here, but I don’t think we have to radically change our view of the world because of this report,” Bunker said.

In other words, keep calm and carry on.